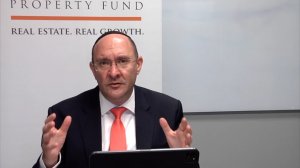 JSE-listed Vukile Property Fund is poised for growth following a strong interim performance for the half-year from April 1 to September 30, during which it weathered the impact of the Covid-19 pandemic and the July civil unrest, CEO Laurence Rapp said in a briefing on November 30.

The fund has resumed paying interim dividends, compared with only a final dividend, declaring a dividend of 40.56c apiece for the period.

Moreover, it has resumed market guidance, providing a forecast for its full-year dividend of at least 80c apiece.

The resumption of interim dividends and forward-looking guidance comes off the back of the proven resilience of Vukile’s shopping centre assets and its retail tenants, and the strength of its balance sheet metrics, Rapp said.

The company shifted to an inward focus on operational stability and building new competencies, capacity and cash reserves, which delivered strong results for the period.

Now, it would use the considerable cash balance of Castellana and proceeds from South African asset sales to resume its growth ambitions, while remaining cognisant of the pandemic and the new variant, and well as other uncertainties, Rapp said.

Vukile has assets in South Africa and in Spain through its 82.5%-held Madrid-listed subsidiary Castellana Properties Socimi.

Rapp said both geographies provided pleasing performances for the period, with South Africa trading ahead of pre-Covid-19 levels and footfall returning; and Spanish assets benefitting from a recovery.

In South Africa, Vukile reported like-for-like trading densities were up by 4.2% and like-for-like net operating income growth of 3.7% with an improved rental collection rate of 99%.

Vukile’s shopping centres gained ground across the board, and its core focus of rural and township centres continued to outperform, Rapp noted.

He noted that, of the six malls damaged in the July unrest, five had resumed full operations; and the remaining one, the KwaMashu Shopping Centre, had anchors trading well and the rest of the tenants anticipated to fully trade in March 2022.

Moreover, Sasria claims have been assessed and are being paid.

Castellana’s retail sales in Spain exceeded 2019 levels in September, and footfalls were almost on par. The rental collection rate was 95%.

Good letting contained vacancies at a low 2.9% and produced positive rental reversions of 1.35% and a long weighted average lease expiry of 13.4 years for the portfolio.

Castellana completed three asset-strengthening redevelopment projects during the period and has already let 94% of the associated retail space.

Vukile sold four noncore assets in South Africa at book value, which Rapp said confirmed its conservative property valuations; and the cash to be used to pursue growth opportunities.

Rapp also reported good progress on the potential sale of its Namibian portfolio, with a binding deal having been signed and the main conditions precedent met, and legal matters now under way.

After this is concluded, Vukile will have about a 36% stake in the Namibia portfolio, which it will continue to manage as it exits this in a predetermined manner over the next few years.

Vukile has also added data-driven customer centricity to its focus.

Rapp noted that Vukile was well funded and all its balance sheet metrics remained strong and were improving further.

Vukile refinanced all debt expiring during the financial year, and its recently revised funding mix positions it firmly as a rand hedge.

“Vukile is in a strong position to deliver sustained value for our stakeholders. We have a clear vision, strategy and structure and have set our sights on resuming growth,” said Rapp.