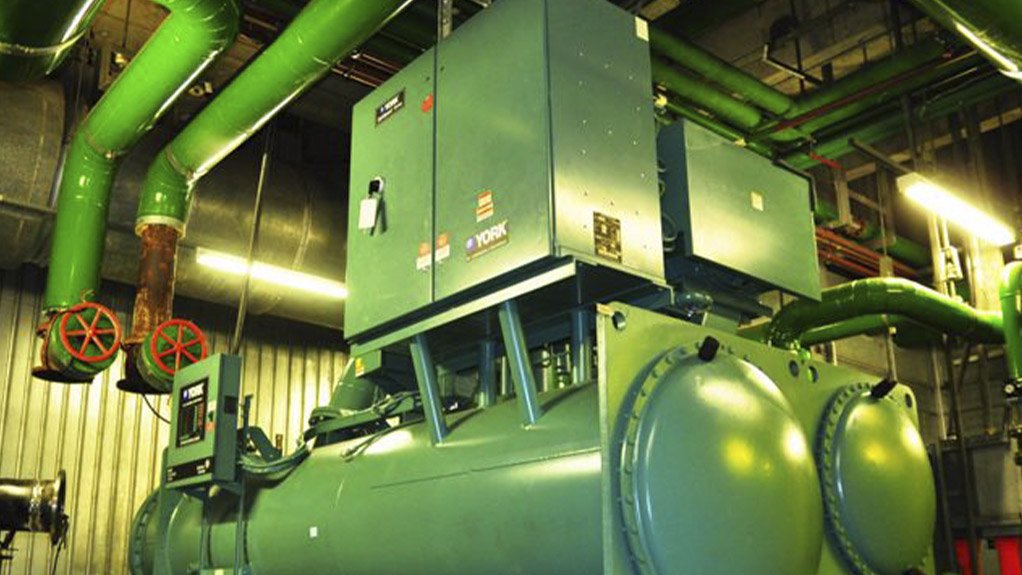 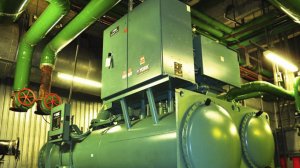 VSD VARIATION Variable speed drives can assist in managing loads if there are variations in loads, such as load-shedding, which is important in an African context

“There’s definitely an increase in the use of VSDs in the HVAC industry, almost across the board, particularly in chillers. We’ve got quite a history of installing VSDs. We launched our first VSD on a chiller in 1979. So we certainly believed that VSDs were the way forward in terms of chiller efficiency, but now we see it everywhere,” states Hattingh.

Emphasising the degree to which VSDs are used in a range of different applications in the HVAC industry, Hattingh cites the use of VSDs on pumps, and the subsequent benefits.

“It is prudent to install a VSD onto a pump, particularly in the HVAC industry, as it provides flexibility in allowing for variable water flows when installing the system, particularly in primary pumps.”

He adds that setting a pump during the commissioning stage of a plant, particularly with intelligent controls – made possible through VSDs – creates more options when using the pump, including setting different water flows and allowing for energy savings, as well as assisting technicians in attaining information about the pump or piping system.

“That proves that one can take a simple item, such as a pump, and use a VSD to do much more than just increase or decrease the chilled water flow. The same applies to a chiller,” he states.

Hattingh points out that a VSD will assist in determining the appropriate amount of energy to use for a part-load performance in a chiller.

“A VSD improves the performance and energy efficiency at part-load performance. Once you start appreciating that a chiller is running at part-load most of the time, you get a better appreciation that it’s really worth your while.”

To describe the potential energy savings of a chiller, particularly under part-loads, Hattingh references the European energy efficiency ratio (ESEER), defined by HVAC certification company Eurovent. In the US, a similar standard exists as the integrated part load value (IPLV).

“South African consultants would use ESEER for the most part, not because it’s representative, but rather because many chillers are sourced from European suppliers or factories. My personal view is as long as a seasonal view is considered, it doesn’t matter which one is used. It is however important that the same standard is used when comparing part-load performance of different chillers. Therefore, if you want to use ESEER, make sure all manufacturers provide the part-load in this format.”

The load of a chiller would also vary depending on the type of building in which it is operational. A hospital, for example, would have a baseload as it would have a higher diurnal occupancy and lighting load. Most rooms, such as operating theatres, wards and waiting areas would also have to be maintained at a particular temperature, irrespective of day or night.

VSDs are in constant development, according to Hattingh, who states that VSD manufacturers will focus more on flexible connectivity, easy interactive setup and enhanced optimised control.

Systems that have communication features, such as a smart valve communicating with a controller, are becoming more crucial for HVAC plants, he notes.

Hattingh states that VSD manufacturers would also focus on, for example, developing and optimising a controller communicating with multiple valves to control flows of liquid using wireless communication networks, such as WiFi.

Easier interrogation in the event of a system failure is also a major aspect many manufacturers will consider in terms of the development of VSDs, as well as magnetic bearings in chillers, he predicts.

A feature of the company’s York VSD magnetic bearings chillers is the OptiView control panel, which enables users to monitor the positioning of the bearings and rotating assembly of the chiller. This, in turn, highlights the importance of information management.

“What’s important for a technician is, firstly, to interrogate the problem at a chiller using the correct information. Because equipment is becoming more advanced, good diagnostics to pinpoint errors and enhance performance are needed. Having that information available to you is very important from a building-owner’s perspective.”

Manufacturers are considering magnetic bearings and VSDs, particularly in the chiller market, to increase efficiency, he concludes.