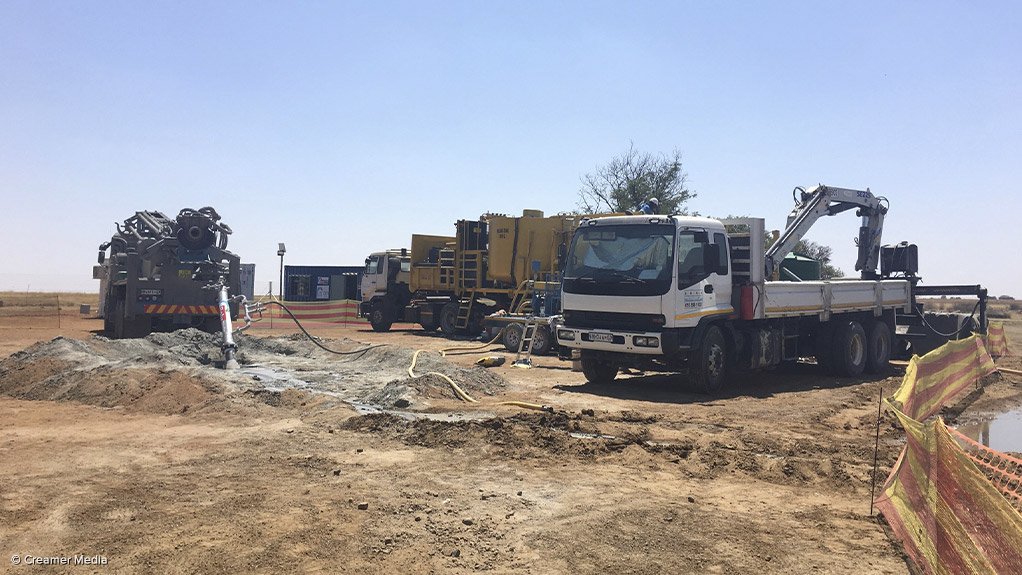 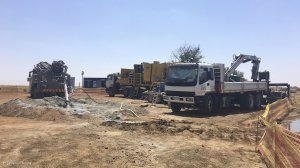 Emerging domestic natural gas and helium producer Renergen expects the appraisal programme for its Virginia gas project, in the Free State, to spud ahead of schedule during the first week of February.

The updates follow after Renergen confirmed in December that the horizontal well intersected gas-charged sandstone in the inclined section of the well.

The following day – December 10 – after drilling ahead through the interpreted sandstone section and into the underlying formation, and intersection of a number of fractures, the well flowed gas to surface at a rate of over 850 000 standard cubic feet a day.

The sandstone deposit subsequently holds an estimated helium concentration of 12%, with the balance of the gas being predominantly methane.

Drilling operations were suspended over the holiday period, save for occasional flaring and monitoring, which confirmed no reduction in the gas pressure in the well.

CAPITAL RAISE
In a separate statement on Tuesday, Renergen also announced the successful placement of 5.6-million CREST Depository Interest (CDI) shares at A$1.20 a share, raising a total of A$6.7-million.

The placement, which was supported by several Australian, New Zealand and offshore investors, was made in part to replenish the cash used to acquire the remaining stake in Tetra4, making Renergen the sole holder of the Virginia gas project.

The balance of the proceeds raised will be used to further explore the gas discovery made last month while drilling in the sandstone.

With construction of Phase 1 "well under way and on schedule", Renergen CEO Stefano Marani confirmed that the company is placed to start production of 2 700 GJ of liquefied natural gas (LNG) and 350 kg of helium a day, by mid-2021.

"We have maintained for a while now that the sandstone deposit had potential, and last month’s discovery certainly enhances this view with the level of gas flow and helium concentrations achieved. Given the findings have been better than expected, we are now reviewing the data and planning how to maximise the flow potential of this area of the production right, as this will inform the magnitude and timing of Phase II. It remains the company’s ambition to become a globally significant producer of liquid helium, and the successful capital raise today allows us the extra flexibility to ensure that we consider all possible angles,” said Marani.