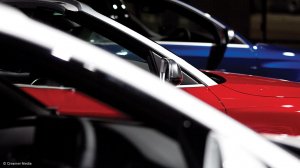 AutoTrader data shows that the value of used-car sales through its platform increased by 46% month-on-month in June, while the market in the Western Cape – which saw a 101% increase in sales last month – is on the boil.

The Volkswagen Polo Vivo was the most popular used car sold in the Western Cape in June, says AutoTrader, which is the country’s largest digital automotive marketplace.

There were a number of changes in June when it comes to specific models.

The Toyota Fortuner performed far better in June, improving its position on the most sold list from seventh in May, to fifth in June.

The Jeep Wrangler was knocked out of the ten most-sold individual models, falling to number 23 in June.

Also, the perennially popular Toyota Hilux bounced back to the top of the podium for single-cab sales, overtaking the Nissan NP200.