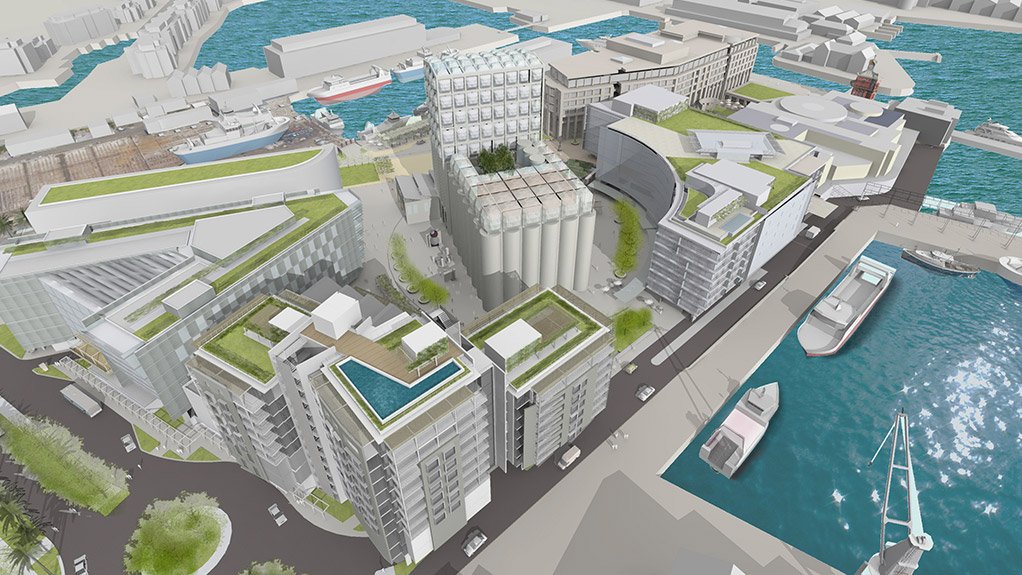 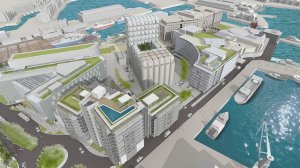 Already home to the No 1 and No 2 Silo developments, the final phase of the Cape Town-based V&A Waterfront’s Silo district – which would see the addition of the No 3, No 4, No 5 and No 6 Silo projects – was on track for an early 2017 completion, after receiving a substantial investment of R1.5-billion.

This would bring the total investment by V&A Waterfront shareholders – property group Growthpoint and the Government Employee Pension Fund, managed by the Public Investment Corporation – to over R2.5-billion.

This final phase would see four new developments introducing over 35 000 m2 of mixed-use, sustainable developments, including new corporate offices, a residential development, a gym, a mid-range internationally branded hotel and over 1 050 additional parking bays, bringing the total number of bays to 2 750 by late 2015.

No 3 Silo would offer around 10 000 m2 of residential space in the form of 75 luxury one- to four-bedroom apartments, while No 4 Silo would boast a 4 000 m2 Virgin Active Health Club. These buildings were due for completion by 2016.

No 5 Silo, expected to be completed by mid-2016, would offer 13 500 m2 of multi-tenanted office space and would, once completed, accommodate around 2 500 office workers daily.

An 8 000 m2 international, mid-market hotel would be housed in No 6 Silo and would open in early 2017. The operator of this hotel was expected to be announced in the coming months.

V&A Waterfront CEO David Green said in a statement that, with about 30%, or 180 000 m2 of the V&A Waterfront property available for development, the Silo district was the group’s current area of short-term development focus.

“Development at the V&A is market-led, in response to a demand we have seen for bespoke commercial offices and urban residential space with harbour and mountain views. The intention is to create a vibrant and mixed-use sustainable district with sustainability credentials that will offer business opportunities, accommodation, lifestyle options and eateries,” he commented.

The Silo district developments would be focused around the Zeitz Museum of Contemporary Art Africa (Zeitz MOCAA), which was located at the heart of the district and the surrounding new central pedestrian plaza – Silo Square.

The district would also build upon the sustainable pedigree of the No 1 and No 2 Silo developments, with all developments targeting a rating from the Green Building Council of South Africa (GBCSA).

“This includes working with the GBCSA to develop a new mixed-use tool that will be a first for South Africa,” Green noted.

The new developments would be located above the parking bay basement, which would house the district seawater cooling plant and several other district services, including sprinkler tanks, backup generators and diesel storage, potable water and gas.

To accommodate the anticipated increase in traffic into the Silo district, enabling works were currently under way to widen South Arm road, while the use of the MyCiti bus service was supported, with the Silo bus stop already operational.

The district would see the V&A continuing its relationship with Mace International project managers and quantity surveyors MLC. Wilson Bayly Holmes-Ovcon, the main contractor for the Zeitz MOCAA, would also undertake the basement extension.

Architects for the No 6 Silo were yet to be appointed.