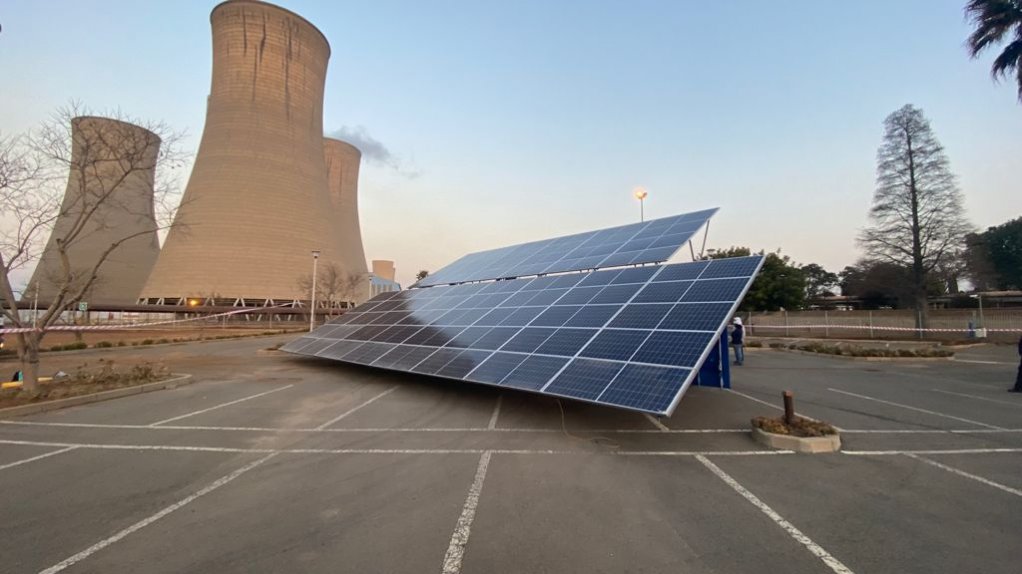 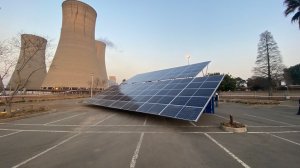 South Africa’s Just Energy Transition Partnership Investment Plan, or JETP-IP, should be geared towards projects that will support the country in meeting the lower end of its new Nationally Determined Contribution (NDC), a senior US Treasury official has indicated.

Ahead of the 2021 COP26 climate talks in Glasgow, Scotland, South Africa made a material update to its NDC target range for 2030, which was improved to between 420- and 350-million tons of carbon dioxide equivalent (Mt CO2-eq) from an initial NDC pledge to lower its carbon emissions to between 614 Mt CO2-eq and 398 Mt CO2-eq by 2030.

This more “ambitious” NDC created the basis for the so-called International Partners Group (IPG) of France, Germany, the UK, the US, and the European Union to sign a Political Declaration with South Africa that included an offer of $8.5-billion in climate finance to support the transition from coal to renewables while protecting workers and communities currently reliant on the coal value chain.

The release of the financing – which IPG participants have indicated is likely to involve a combination of concessional loans, grants, technical support and debt guarantees – is dependent on the finalisation of the JETP-IP ahead of COP27 in Sharm el-Sheikh, Egypt, in November.

The JETP-IP will include a South Africa-developed portfolio of projects that will be funded initially from public financiers in the IPG countries, but could be broadened to include funds from other governments, as well as private financiers and philanthropists, given that South Africa will require far more than $8.5-billion to implement a transition to a low-carbon economy.

A recent study by the Blended Finance Taskforce and the Centre for Sustainable Transitions at Stellenbosch University calculated that transitioning South Africa’s energy system will require $250-billion in climate finance over the coming three decades.

The Treasury official indicated that JETP-IP should include projects that were aligned with the lower end of South Africa’s NDC, which he described as the “North Star” of South Africa’s JETP, which the IPG hoped to use as a template for similar partnerships in other high-emission developing countries.

He added that, while the building of new coal in South Africa was not a “red line” for the IPG it would make it harder for South Africa to achieve the lower end of the NDC, which is said to be compatible with a transition to net-zero by 2050.

Earlier, COP president Alok Sharma, of the UK, who visited South Africa partly to receive a six-month progress report on the JETP since COP26, acknowledged that some European countries were resuming coal operations to reduce reliance on Russian gas, but emphasised that these where short-term measures and that the main thrust in Europe currently was the acceleration of the energy transition away from fossil fuels.

Sharma also questioned whether it was possible to finance new coal and cautioned that it was likely that such assets would become commercially and environmentally “stranded” as the world sought to hasten decarbonisation efforts.

The US Treasury official welcomed South Africa’s decision to update its Integrated Resource Plan for electricity as it would offer an opportunity to integrate the country’s new NDC commitments into the plan, as well as other changes under way in the electricity market.

He added that until the JETP-IP was finalised, it would be premature to state how each IPG partner would seek to honour their funding commitments or to indicate what funding mechanisms would be used.

Asked by Engineering News to define how concessional loans might be priced under the JETP he said one way would be pricing such loans at levels below the “current carrying cost of Eskom debt”.

“That's not a pure definition of concessionality but certainly from a South African Treasury standpoint, if you can lower the cost of Eskom’s current debt, that is a direct saving to the country.

“So, as we think about types of capital and how to deploy that capital most effectively on behalf of this transition agenda, it could well be that lower cost loans are a key part of that transition because they lower the overall cost of debt.”

He stressed, however, that each IPG partner would have its own framework and institutions, which made the JETP both complex and unique.

“It's really important, of course, that we get this right, as the eyes of the world are on this initial programme, because since the launch of the South African JETP we as a partner group have made our intentions clear that we would also like to work with other high-emitting countries around the world to support their energy transitions.”