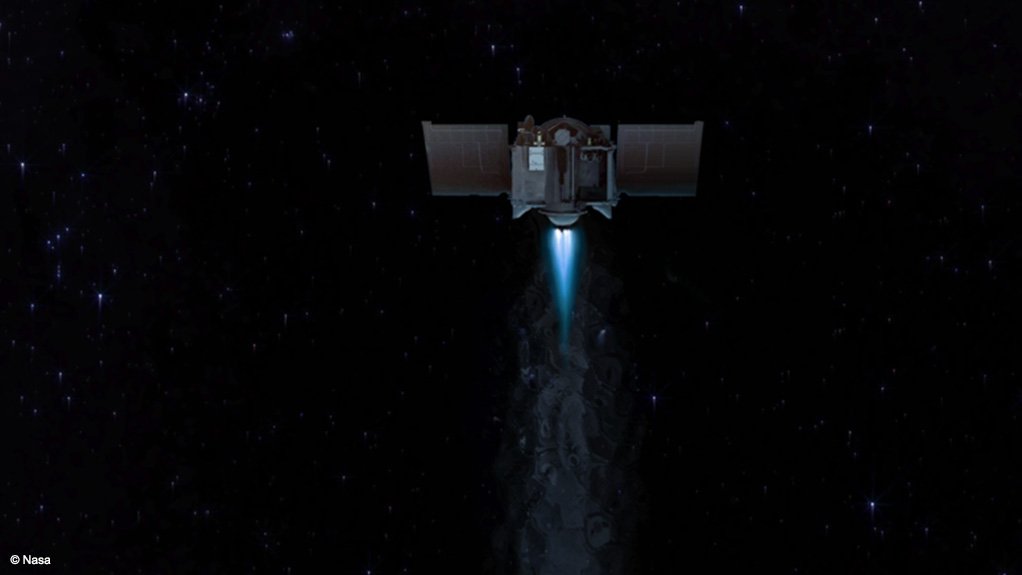 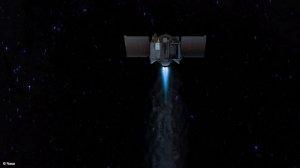 The US National Aeronautics and Space Administration (Nasa) has announced that its asteroid sample collection and return mission OSIRIS-REx has departed from near-Earth asteroid Bennu and is heading back to Earth. OSIRIS-REx is an acronym for Origins, Spectral Interpretation, Resource Identification, Security, Regolith Explorer.

OSIRIS-REx had been orbiting the asteroid since 2018. At 22:23 Monday night, South African time, the robot spacecraft fired its main engines at full power for seven minutes, breaking it out of Bennu’s orbit and accelerating away at a speed of almost 1 000 km/h.

The profile of its return flight will take the space probe past Earth and into the inner reaches of the Solar System, passing inside the orbit of Venus, to then circle the Sun twice, before finally arriving back at Earth. This voyage will last 2.5-years and OSIRIS-REx is scheduled to reach Earth on September 24, 2023. The course of the spacecraft will be predominantly determined by the Sun’s gravity, but its navigation engineers at mission control will, from time to time, have to make minor course adjustments, using brief engine firings (‘burns’, in Nasa parlance).

“Our whole mindset has been, ‘Where are we in space relative to Bennu?’,” pointed out Nasa Goddard Space Flight Centre OSIRIS-REx deputy project manager Mike Moreau. “Now our mindset has shifted to ‘Where is the spacecraft in relation to Earth?’”

The spacecraft gathered enormous amounts of data about the asteroid with its five onboard experiments. These are a camera suite of three cameras (each with its own primary function), a laser altimeter, a thermal emission spectrometer, a visible and infrared spectrometer and an X-ray imaging spectrometer. But its primary mission was to collect a sample from the surface of the asteroid, which it successfully achieved. It has stowed some 60 g of Bennu’s material in its sample containment and return capsule.

Already, the mission has confirmed and refuted a number of scientific hypotheses and models about Bennu. One that was confirmed was that the asteroid contained carbon-rich minerals that had been exposed to water in ancient times, vindicating a technique that had been developed using Earth-based observations. On the other hand, scientists had proposed that Bennu would have a smooth surface, based on measurements of the heat being radiated off its surface. The asteroid’s surface proved to be anything but smooth. It had boulders everywhere.

“We really had this idea that we were arriving on an asteroid with open real estate,” said University of Arizona, Tucson, based OSIRIS-REx deputy principal investigator Heather Enos. “The reality was a big shocker.” It also made the sample collection a more complicated manoeuvre than expected.

Another discovery was that Bennu was releasing small pieces of rock into space. “We had to scramble to verify that the small particles being ejected from the surface did not present a hazard to the spacecraft,” reported Moreau.

When OSIRIS-REx finally approaches home in September 2023, the plan is that it will eject its sample return capsule at a distance of 10 000 km from Earth, so that the spacecraft does not have to enter Earth orbit. By that point, it should still have plenty of fuel, creating the possibility of extending its mission and visiting another asteroid. The feasibility of such an extended mission will be evaluated during this coming northern summer.

As for the sample capsule, it will enter the Earth’s atmosphere and parachute down into the West Desert in the US state of Utah. There, scientists will be waiting to collect it.