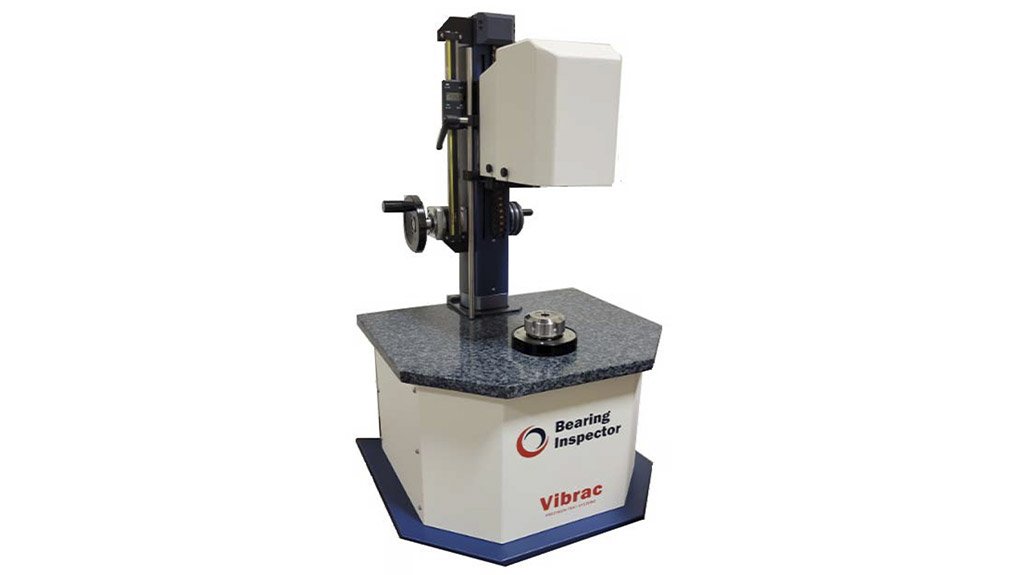 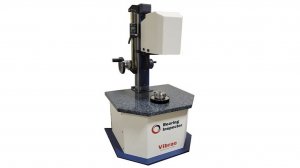 Vibrac explains that Bearing Inspector Model 3100 bench top system is used to measure torque of anti-friction bearings and bearing assemblies. This is crucial, as the aerospace and defence industries, in particular, are dependent on precision bearing manufacturing companies to produce products of the highest standards of precision and, in turn, reliability.

“Bearings carry a load, reduce friction, position moving machine parts and are integral to those parts, especially rotating shafts,” which means that bearings that do not comply with particular standards can lead to catastrophic equipment failures.

The 3100 series system includes a customised computer with specialised controls, a standard or high-load bearing test head, and user-friendly menus to enable clients to perform tests and process the results, in a relatively efficient manner.

It identifies bearing problems such as contamination, pitted raceways, and a variety of structural defects. The 3100 series is also commonly used for measuring actuator control and testing accuracy of navigational and guidance systems in a variety of contexts.

Testing is accomplished through Vibrac’s optical transducers which, together with a magnetic high-resolution encoder and a variable-speed drive, form part of the test head.

The transducers shutter light proportional to the angular displacement of a torsion bar attached to the outer race of the bearing set. The inner race is held firmly to the mounting fixture on the base of the machine bed, which is rotated by stepper motor. This enables the system to rotate the bearing at a constant speed while measuring both torque and position.

Further, Vibrac also produces automatic, programmable viscometers to measure fluid viscosity. The company’s approach measures the stress in the annular gap between an outer rotating rotor (at a known velocity) and an inner stainless-steel bob. The torque or drag exerted on the bob is converted into a viscosity reading.

In terms of the updated features, Vibrac explains that it is now compatible with the Windows 10 operating system (OS) and includes a new spindle. Further, if the customer’s Windows OS is obsolete, then a new test head and control instrument is required.

Moreover, while the current system runs the engineering application LabVIEW – with engineered customised code – on the Windows 10 OS, Vibrac notes that in the defence industry, and its high security environments, some systems must be evaluated to certain security levels, evaluation assurance levels, and must include mandatory access control.

“Consequently, we see the need to investigate expansion to other operating systems currently favoured by those industries and will therefore look to develop new platforms and higher levels of security moving forward.”