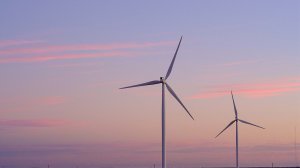 Communications Minister Nomvula Mokonyane confirmed on Thursday that Cabinet has approved the publication of the updated Integrated Resources Plan (IRP) and that it will be gazetted for comment by no later than August 27.

Briefing media on the outcomes of the Cabinet meeting held on Wednesday, she noted that the finalisation of the IRP would provide the necessary certainty to industry players, as well as consumers, regarding the security of electricity supply in the medium to long term.

“Energy infrastructure is a critical component that underpins economic activity and growth across the country, it needs to be robust and extensive enough to meet industrial, commercial and household needs,” she said.

Energy Minister Jeff Radebe is expected to engage the National Economic Development and Labour Council executive committee about the draft report on Friday, ahead of its publication in the gazette.

There is expected to be much interest in the allocation of various energy technologies, including renewables, coal and nuclear, in particular. Should new nuclear capacity still be included in the future energy mix, much focus will be placed on the scale and timing of the introduction of new nuclear capacity.

“The IRP will underpin the future of the REIPPPP, but in addition, it will map out the allocation for embedded generation, which will give energy options for retail and industry.”

Wills said a mix of solar photovoltaic, wind and natural gas will play a critical role in the transition to a low-carbon economy.

“For too long, coal has been the mainstay of the country’s electricity plan. We want to see a shift toward a sustainable energy mix that will take the economy forward,” he noted.