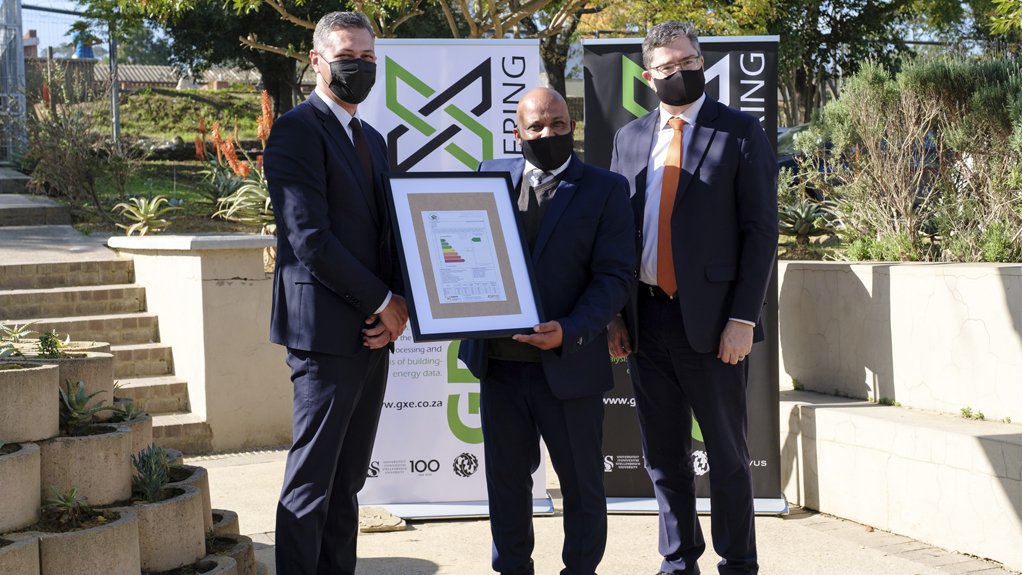 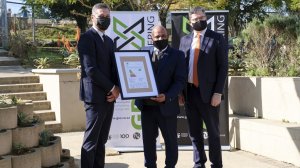 The school received an A-rating for the electrical consumption of the system, with 17 kWh/m2.

GreenX MD Jason Samuels says the EPC was the final hurdle of completing his PhD.

Under the supervision of electrical and electronic engineering professor Thinus Booysen and industrial engineering associate professor Saartjie Grobbelaar, Samuels is doing his PhD, which focuses on schools and their energy use; creating methods to reduce their consumption; and systems to manage the school more efficiently.

Booysen and Grobbelaar are both nonexecutive directors of GreenX.

Roos explains that GreenX’s creation can be traced back two years ago when he heard Booysen on the radio talking about his involvement in projects to help schools in and around Stellenbosch and Paarl reduce water and electricity consumption.

“I realised that my specialised lighting and electrical maintenance company could become an essential partner to Booysens’ initiatives at schools,” he says.

Roos adds that, when the amendment to the National Energy Act of 1998 was proclaimed in December 2020 by Mineral Resources and Energy Minister Gwede Mantashe – requiring building owners to publish the electrical consumption per square meter by 2022 – they saw a gap in the market for establishing a company that can ensure that buildings adhere to this new regulation.

ENERGY & WATER MANAGEMENT
Booysen notes that there are many schools with no financial or technical means to manage their energy and water resources efficiently.

“We initially started with 13 schools, and this number has grown to 25 schools in the Stellenbosch and Paarl area,” he adds.

With funding from the Western Cape Education Department, as well as from SU’s social impact and transformation department, GreenX can equip these schools with energy savings technology to help them reduce their energy bills.

As such, he says that according to GreenX’s calculations, as much as 120 kg of carbon emissions a day can be cut per school.

Therefore, with the expansion to all 1 600 schools in the Western Cape, as much as 90-million kilograms of carbon emissions a year can be cut, states Roos.

He believes GreenX is creating a blueprint that could be duplicated across South Africa and even globally.

“Our initial focus is schools whereafter we will roll out to corporate and government buildings across the country,” says Roos.

For Grobbelaar, the business model GreenX has created will enable the company to grow while retaining a solid link to SU’s engineering research expertise.

“Initiatives such as these are bringing SU’s research into the real world and actively changes the lives of people – currently starting at school level; a place where all people need to move through at some point in their lives,” she says.