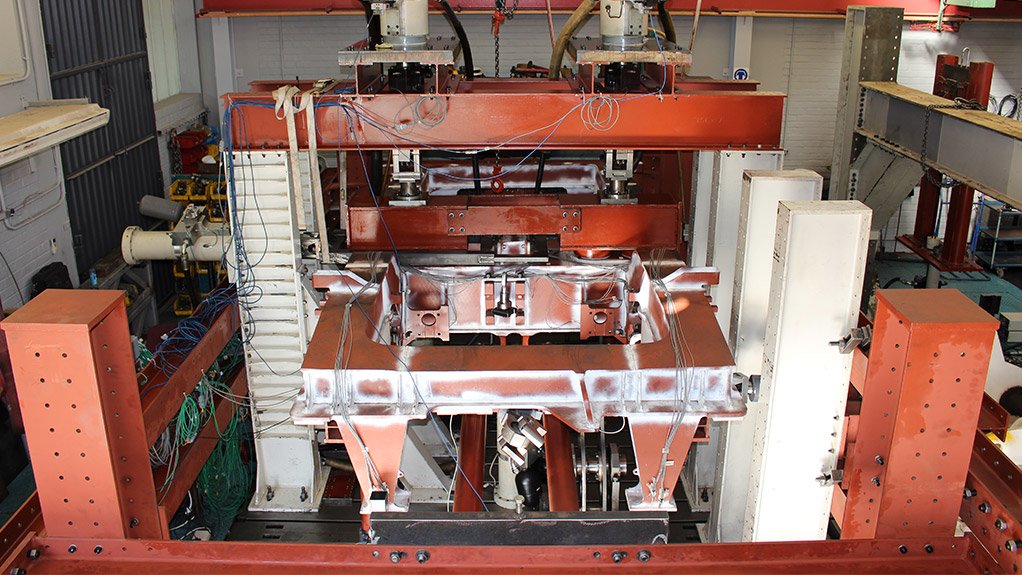 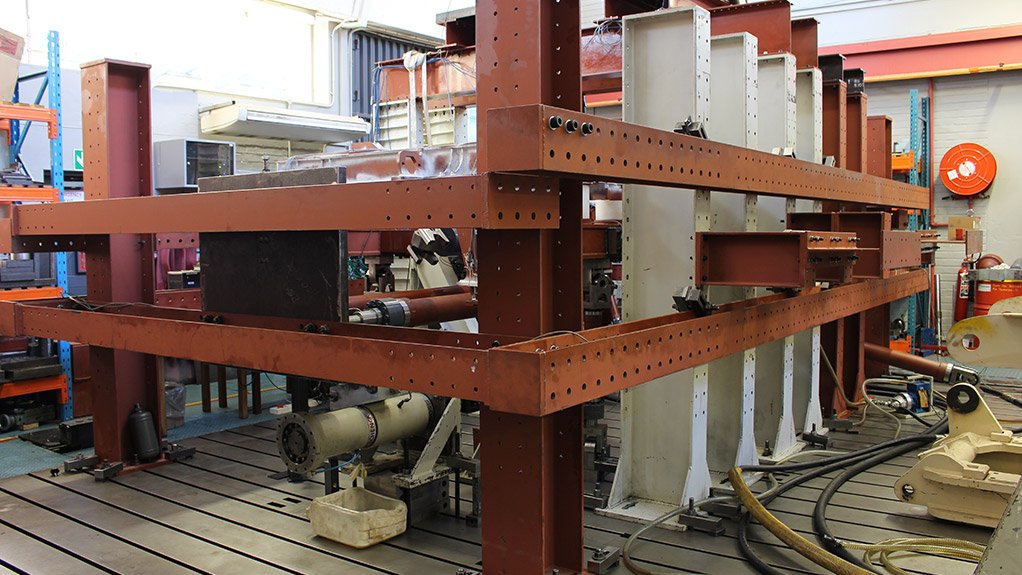 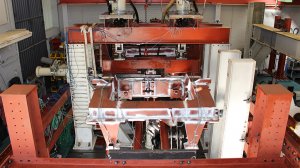 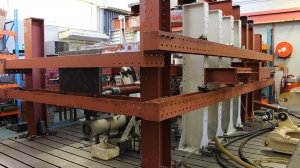 TEST RIG The test involved a large-scale application of wire strain gauges, with simultaneous data logging of over 100 channels
10-MILLION CYCLES The test bogie was subjected to 10-million cycles to ensure it could endure daily operations under varying loads

In conjunction with the University of Pretoria’s (UP’s) Centre for Asset Integrity Management (C-AIM), UP’s business division, Business Enterprises, which is situated at UP, has completed a series of static and fatigue tests on a locally manufactured locomotive bogie as part of State-owned logistics company Transnet Freight Rail’s (TFR’s) fleet renewal and expansion programme.

However, to assist South Africa’s economy by retaining local capability, certain locomotive components have been earmarked for local manufacture, including the two-axle bogies used in CSR’s Zhuzhou locomotive, called the SANEL95 20E bogie, which is based on design specifications from CSR. Other locomotives that will be provided by CSR will also include a three-axle bogie (22E).

Transnet’s engineering department, Transnet Engineering, tasked C-AIM in mid-2014 to conduct a series of in-service loads and combinations of dynamic loads to simulate routine operating stresses on the bogie, thereby ensuring that it meets the requirements of the EN 13479:2001 standard. Also included in the test were several exceptional load cases to simulate extraordinary operational stresses that the CSR locomotives might encounter during operation.

C-AIM’s facility needed to include certain technical features to fulfil its commitment to the Transnet project, which included a steel slotted floor and modular test frame, both able to withstand loads of up to 900 kN.

The scope of testing further required precision application of various simulated loads at different positions and directions up to a magnitude of 400 kN, and for Business Enterprises to conduct fatigue testing at a minimum test frequency of 3 Hz, with adequate response reconstruction to ensure that the prescribed structural response was attained.

Simulated static load and cyclic fatigue testing were also conducted using a series of servo hydraulic actuators at different positions on the bogie.

In addition, all applied loads, as well as the strain response of the bogie frame, required accurate measurement and recording to ensure high- quality testing.

Apart from the extensive infrastructure required to make Transnet’s project feasible, significant design input was required to integrate all the interfaces between the bogie and the force application devices.

Owing to the high forces involved in this application, extensive strength analysis of all the fixtures had to be performed. Some of the complex fixtures required evaluation using finite element analysis. The test setup and equipment also had to be evaluated in terms of fatigue strength, as the total required cycle count for the fatigue testing amounted to ten-million cycles.

To measure and record stresses on the bogie, C-AIM personnel implemented a large-scale application of wire strain gauges, with simultaneous data logging of over 100 channels by means of an integrated amplifier and data logging system.

Research and project engineer Dr Jan Eksteen tells Engineering News that, while static tests were less complicated to execute, they were almost as time- consuming, as there were more than 60 different static load cases, each of which typically required reconfiguring of the test jigging.

Fatigue testing was also challenging because of the test control requirements, as the input signals to the actuators had to be developed using an iterative process involving dynamic system identification. This process accounted for the structural dynamics of the complete test setup to ensure that the actual applied forces were not compromised.

The test rig took four months to construct, including the concept phase and concept approval by CSR, detail design, manufacturing and commissioning.

He notes that the extensive design work performed on the test rig will serve as a benchmark to help accelerate future tests on similar bogies.

C-AIM research and project engineer Alewyn Grové says back-to-back tests, including two sets of static tests and three sets of fatigue tests, were conducted to better represent the life span of the bogie in its operational circumstances.

Grové says all the tests have been positive upon completion of the project, with visual and magnetic particle inspections revealing no significant cracks that might require repair, according to the specified requirements by CSR.

To finalise the results, UP contracted an external nondestructive testing services provider to perform ultrasonic analysis of the bogie to identify any internal cracks or anomalies. Analysis was conducted in mid-October.

Meanwhile, UP C-AIM director Professor Stephan Heyns says projects of this scale and industry relevance are important for UP in terms of skills development. “These tests make the research done by Business Enterprises available to UP engineering students and lecturers, which is especially useful for industry-type projects undertaken by UP staff and students. It affects the entire postgraduate programme at UP.”

Further, in terms of human resource development, Heyns says students from Transnet, who were facilitated during the testing of the bogie, gained significant experience, as they were taught various experimental procedures, such as applying strain gauges and performing nondestructive testing.

This enables UP to have full-time personnel on campus capable of working closely with other personnel from other projects involved in research programmes, he adds.

UP C-AIM programme manager George Harley further notes that the results have been satisfactory in terms of meeting EN 13479:2001 requirements, enabling TFR to proceed with the local manufacture of the SANEL95 bogies.