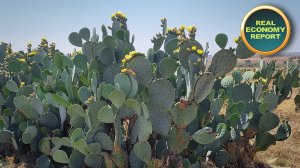 The world is in the process of determining cleaner energy forms for baseload, storage and decarbonisation, which are not always economically viable, according to energy company UHURU Africa. The company poses that biomass can support solar, wind and hydro energy. Marleny Arnoldi gathered some insight.

While the world is moving increasingly towards the use of renewable energy with energy storage systems and hydrogen being posed as a solution, UHURU Africa has pointed to some flaws within this reasoning, particularly in the South African context, and suggests that hydrogen, particularly cleaner forms thereof, is instead apt for decarbonisation.

The company says hydrogen requires more energy to produce than can be gained from its consumption, while its production requires large amounts of water and energy, which the country does not have to spare.

UHURU Africa believes that the longer society buys into the hype around hydrogen, the longer it will avoid developing viable green energy policy that provides viable decarbonisation opportunities.

While hydrogen production from around the world mostly comes from natural gas, coal or heavy fuel oils, there are promising opportunities for zero-emission hydrogen that requires less water and absorbs carbon.

He elaborates on the benefits that a biohydrogen economy can hold for South Africa.

UHURU Africa manufactures what it calls Indigo and Amber biohydrogen, for which is uses biomass to produce. The company grows plants that are typically found in dry areas, including Spekboom, cactus pear and a C4 grass, called Vetiver.