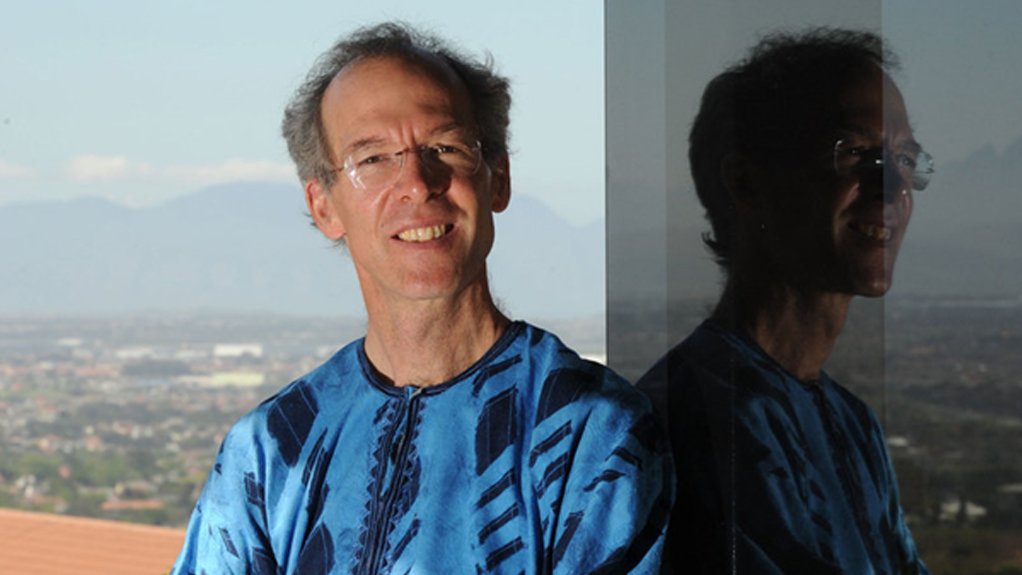 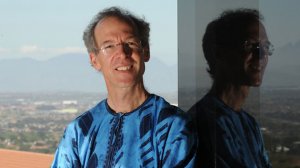 University of Cape Town (UCT) chemical engineering professor Harro von Blottnitz has been elected a fellow of the South African Academy of Engineering (SAAE), thereby placing him among an elite group of 213 fellows who stand between the worlds of academia and industry, and who are considered thought leaders in their fields.

While also being a full-time academic and maintaining his registration with the Engineering Council of South Africa, he describes this as a professional achievement.

“Keeping a professional presence alongside my work at UCT is something I have been deliberate about throughout my career.”

Doing so ensures he us up to date with South Africa’s engineering industry, which has in turn afforded him the opportunity to enhance professional best practice through his own research and the mentorship he offers students.

Nominations for the SAAE are considered by the executive committee of the academy and, once the candidate has been confirmed as being compliant with certain minimum criteria associated with professional expertise and recognition from within the engineering profession, all fellows of the academy are invited to indicate their approval of the candidate being elected.

Since the earliest days of his career, Von Blottnitz says, he has been interested in finding ways to improve the sustainability of South Africa’s engineering industry.

He says he has been passionate about his research and the sustainability angle, and felt impatient as a younger engineer that the engineering profession in South Africa was moving very slowly in relation to this agenda.

Von Blottnitz adds that, historically, the engineering professions were focused on public safety and ensuring all associated work was done properly, while not putting anyone in danger.

However, in the past 20 years, he says, the sustainability agenda has come up as a strong additional focus in engineering work globally, which is “hugely encouraging”.

Currently, Von Blottnitz’s research is focused on two specific areas of sustainable engineering – one being directing the Energy Systems Research Group, which is a South African think tank for quantitatively understanding the country’s energy future and associated greenhouse-gas (GHG) emissions.

In terms of his own research, Von Blottnitz has been devoting a good deal of time and energy to the question of plastics.

In this regard, he mentored a PhD graduate in 2020 whose research focused on understanding how to take a lifecycle approach to plastics in South Africa.

Currently, Von Blottnitz has another PhD student who is working on quantitatively describing what a circular plastics economy would look like in South Africa.

He says there is an important link between these two fields of research, in that the raw materials for plastic polymers are manufactured during the conversion of the coal-to-liquid fuel process at the Sasol oil refinery, in Secunda.

Taking this into account, Von Blottnitz says that, for a future of net-zero GHG emissions in South Africa, an emissions-heavy area like Secunda cannot continue to exist in its current format.

“There is an interesting intersection with how South Africa’s biggest industrial site will have to find a future in a low-carbon and circular economy,” he says.

Meanwhile, the SAAE aims to provide thought leadership on difficult topics in the engineering industry, both locally and globally.

The expertise of fellows is harnessed through various working groups; but currently the organisation does not have a group focusing on circular economy, which is Von Blottnitz’s main area of research.

Therefore, to start off with, he will be joining the discussion on energy, a field he has actively been working in over the past few years.

Von Blottnitz says the concept of a circular economy combines waste management and recycling with primary resource management in a way that determines resources as something circular, rather than something that is mined, manufactured and used and disposed of in a disposal site.

“We will have to see where the academy can make space for that. In time, I may have to have a discussion with the academy’s leadership and other fellows,” he concludes.