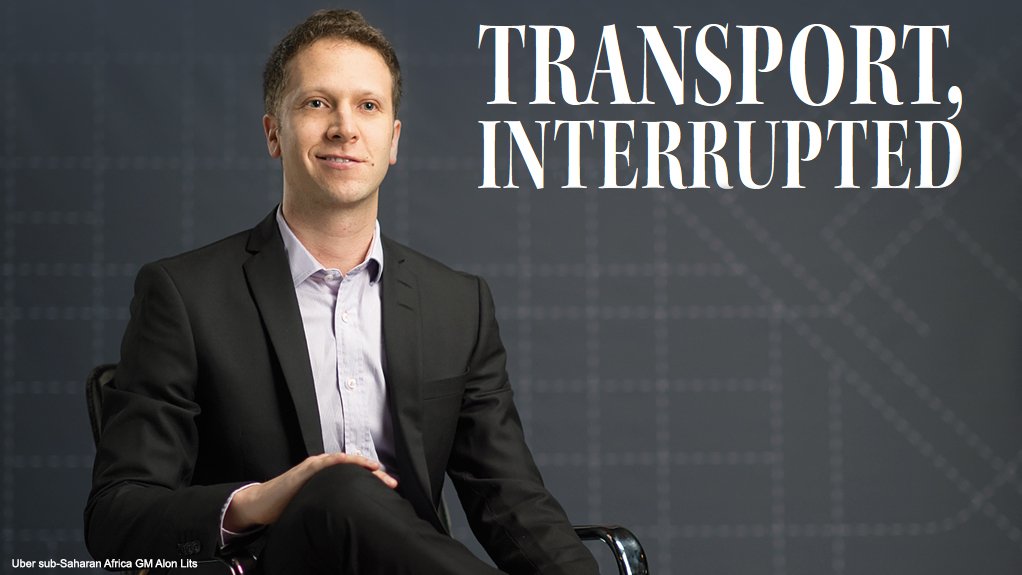 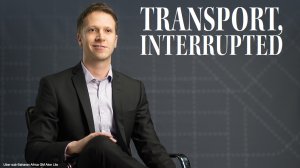 “My wife and I have one car. I Uber to work every morning and I always drive past all of these cars in traffic with single occupants. I want each and every one of these drivers to switch to Uber.”

Lits’s target is the middle class, with Uber put forward as an alternative to owning or using a car in the city.

“A typical Uber user has a smartphone and owns a vehicle,” says Lits.

“The service offers a public transport alternative to those who previously had to rely on their own vehicle. It’s a big market and it’s growing.”

Rapid urbanisation also helps with the push for new customers.

“The Uber model also creates real economic opportunity for driver partners in supporting them and their families,” notes Lits.

Uber is, however, facing the crunch of a tightening regulatory environment, not only in South Africa but also the rest of the world.

The City of Cape Town impounded around 300 Uber driver-partner vehicles between January and June because the drivers did not have metered-taxi permits.

Lits says the issue around permitting has been “ongoing”, with a fair amount “of ambiguity” around the process of ensuring Uber driver-partners operate legally on South Africa’s roads.

In Cape Town, drivers have to apply for metered-taxi permits to operate within a special subcategory called e-hailing, or electronic hailing.

“It should take a couple of weeks to finalise applications, but some drivers have been locked in the process for over a year now,” says Lits.

In Johannesburg, drivers also require metered-taxi permits, but there is no e-hailing subcategory.

Also, in Johannesburg, Uber driver- partners can operate while their applications are pending.

Not so in Cape Town, says Lits. “We have been engaging the authorities for two-and- a-half years now and we shall continue to do so. We are encouraging all driver-partners to secure their permits.”

Lits says he still supports changes to the National Land Transport Act to create an e-hailing subcategory in order to regulate Uber and other, similar, operators, even if government earlier this year rejected this particular suggestion.

It seems legislation will, however, now allow the use of a smartphone in lieu of a taxi meter.

A number of metered-taxi operators have protested against what they say is the illegal, nonpermitted operation of some Uber partner-driver vehicles, with incidents of violence also marring the roll-out of the service on highly lucrative, but competitive, routes, such as to and from airports and Gautrain stations.

Despite this, Lits emphasises that all Uber driver-partners and vehicles offer a safe and reliable service.

“We understand the intention of the regulations is to ensure the safety of Uber users.

“It’s important to note that all our driver- partners go through a screening process. Uber checks their backgrounds and every driver must have a professional driver’s permit. All vehicles are also insured, as well as the passengers and any third parties.

“Vehicles are also inspected by an independent assessor.

“And, yes, the insurance remains valid, even without a metered-taxi permit.”

Supply and Demand
Uber has raised the global hackles of the metered-taxi establishment, much as any service or product will do that disrupts traditional business models.

Lits says, however, that Uber’s philosophy has always been: “Uber plus taxi, not Uber or taxi”.

“We remain committed to engage metered-taxi operators about their concerns over our technology.”

The irony is that Uber has many metered- taxi operators on its platform.

“Those drivers opposed to Uber are unfortunately the ones always grabbing the headlines,” says Lits.

“We are actively trying to get more metered taxis on our platform.”

Part of the problem is perhaps that Uber has limited its driver-partner numbers so as not to flood the market, ensuring sufficient demand for those drivers active on the platform.

“We have a waiting list of drivers, but we need to manage supply and demand,” says Lits.

At the moment, the service is such that no customer has to wait more than five minutes, on average, for an Uber ride in Johannesburg, Pretoria or Cape Town.

Uber also constantly manages the vast amount of data created on the platform to anticipate supply and demand scenarios.

“This is such a data-rich company,” enthuses Lits.

This is the part of the job Lits, 31, clearly loves.

An actuarial science graduate, he worked in leverage finance at Investec, completed an MBA at French business school Insead, and then returned to South Africa to work at a private-equity firm. Here he was recruited to the position of Uber Johannesburg GM three years ago, finally becoming sub-Saharan Africa GM.

“My three years here have been extremely exciting. Every day is about solving a new challenge.”

Uber Sub-Saharan Africa employs around 30 people directly, and has over than 4 000 driver-partners using its technology in South Africa alone.

Disruptor
With Uber one of the world’s great disruptors of traditional transport models, what are the dangers threatening to disrupt the Uber model?

Some vehicle manufacturers are pushing for the availability of self-driving vehicles in Europe as early as 2020.

“If you do not think five to ten years in advance, some company will emerge to disrupt your business model,” says Lits.

“We can’t ignore the rise of autonomous driving. We’d rather be the disruptor and so we are always exploring new technologies.

“The goal, of course, would be to marry the two platforms, which, we believe, will be the next iteration of disruption. But there are no firm plans from our side to do this yet.”

Indeed, a driverless Uber lift that shows up to collect you for work . . .

The service launched in 2013 in South Africa, in Johannesburg, followed by Cape Town and Durban in the same year.

South Africa was the first country outside the US where Uber was operational in three cities simultaneously.

“It has been fascinating to see how Uber has literally transformed Johannesburg,” says Lits.

Part of the transformation has been crime-weary South Africans venturing out at night more freely again.

Four months ago, the service expanded further within these countries – to Abuja (Nigeria) and Mombasa (Kenya).

“[Each] time the question has been why Uber took so long to arrive,” says Lits. “There is huge brand awareness across Africa.”

Lits and his team will work to consolidate these markets before looking at adding new countries to the platform, probably before the end of the year.

When Johannesburg launched, it was the thirty-fourth Uber city. Today, there are more than 475 Uber cities worldwide.

Payment
Some metered-taxi operators have argued that Uber is not as inexpensive as it may seem.

Only time will tell, however, as the market will most certainly pull back if this is the case.

Drivers are paid weekly, with Uber deducting 20% to 25% of the fare as its service fee.

The fare is more expensive in Pretoria and Johannesburg than in Durban and Cape Town, where trips are typically shorter and fuel is cheaper, says Lits.

A typical UberX service asks R7.50/km and 75c/min, with the meter starting at R5, and the minimum fare being R20.

“You can see the estimated fare on your app before you get in the vehicle, which makes it a completely transparent process,” explains Lits.

UberX is the basic service, UberBlack the luxury service, UberFamily has car seats for children and UberVan offers space for a bigger number of people.

One of the biggest factors in Uber’s success outside South Africa has been the acceptance of cash as payment, says Lits.

“We realised with the Nairobi launch that there is very low credit card penetration in large parts of Africa, as well as a lot of apprehension around electronic payments.

“The fact that we initially didn’t cater for cash held back our growth in Nairobi. Then three . . . four months later we tested cash, with huge success.

“Nairobi was only the second city in the world where Uber [accepted] cash.”

Cash payments are now accepted in South Africa too.

Lits does not believe that this payment method increases the risk to drivers.

“Statistics do not show that drivers are more unsafe carrying cash. We have, however, partnered with FNB to allow drivers to deposit fares at ATMs whenever they need to. They are also encouraged to use these payments as petty cash.”

UberEats, for which the company is already hiring, will deliver food.

UberPool is an interesting iteration of the smartphone platform, and probably the one most likely to tackle congestion.

UberPool matches people with similar departure and destination points, allowing them to travel together in groups of four to five and split the fare.

There is no timeframe available yet for the introduction of this service to South Africa.