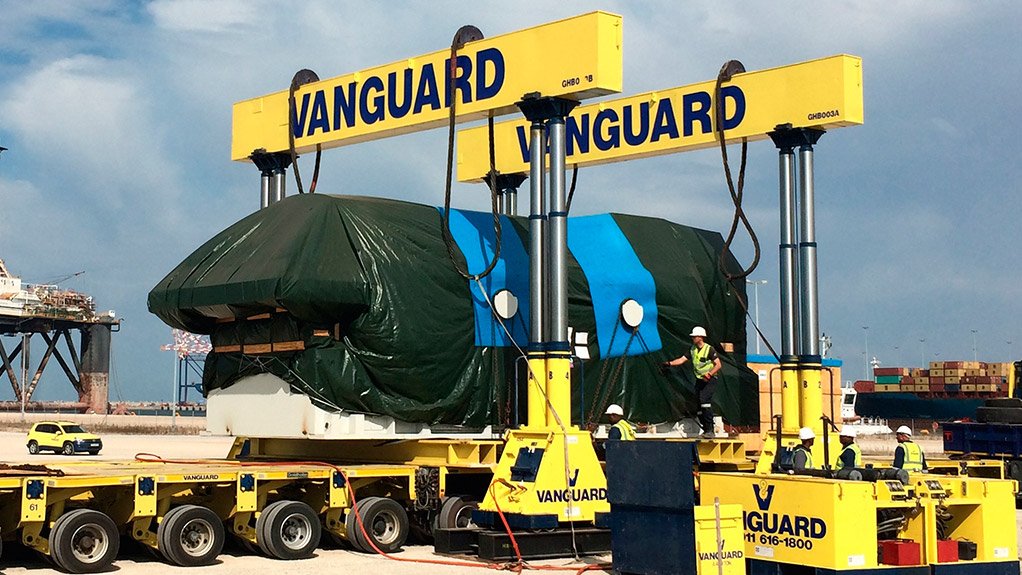 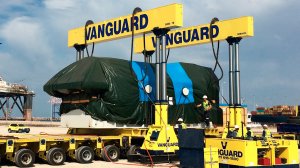 International heavy-lift, abnormal transport and installation specialist, Vanguard, has been active in two vital power generation projects in the Eastern Cape and KwaZulu-Natal, which are set to supply South Africa with more than 1 000 MW of power during times of high electricity demand or supply shortfalls.

Vanguard was sub-contracted to provide the warehousing, transportation and installation of heavy equipment – including accessories – to both the Dedisa and Avon opencycle, gas turbine peaking power projects – developed by international energy group GDF Suez.

The company has completed five out of the six lines of the handling, transportation and positioning of the generating plant.

The joint project is an R11-billion investment comprising six power generation lines, with each line comprising a 191 t gas turbine, a 231 t generator and 140 t transformer, with the last line at Avon set to be completed by the end of April 2015.

Vanguard project manager Dale Huddy says the port handling elements for the Avon project required the company to have a full operation at Vanguard’s yard in the Richards Bay port.

“There, we set up one of our 800-t hydraulic lift systems to transload the heavy units from our self-propelled modular trailers onto our multi-axle trailers, ready for transportation.”

“The trailer configuration that Avon required was bigger than the one for Dedisa, resulting in an increased gross combination weight, which means we had to use more horses to move the loads.

Huddy explains that Vanguard’s engineered project solution for Avon had to accommodate the access routes on-site, where the company applied its on-site lifting and moving expertise,

“As with Dedisa, the on-site lifting and moving solution included lining up each generator with its foundations. However, this time we had to do so from the opposite side of the site, followed with the turbine.”

“A sharp turn was managed by enabling the manual hand-steering function on the trailer, which was then lined up parallel with the transformers’ foundations. We lifted the transformer off the trailer and lowered it onto jack-and-slide rails, slid it across in between the foundations, lifted it with the 500-t Power Towers and carried it forward onto its final resting place,” says Huddy.

Coordination of the project was complex, with teams working in the port and teams on-site to ensure efficient on- and off-loading cycles. The port crew comprised truck drivers, load escort drivers and riggers, while the on-site crew included a dedicated four-man team to set up and dissemble the Power Tower system, and to offload and position each heavy unit.

The versatility of these systems across industries can be seen where a 600-t hydraulic lift system was used for mining client Tenova Mining & Minerals South Africa in repair work on a stacker reclaimer on an iron ore mine.