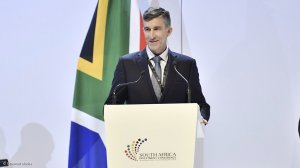 Toyota South Africa Motors (TSAM) will invest R2.43-billion in the production of a new passenger car at its Prospecton plant, in Durban.

The model has not been named.

Speaking at the South African Investment Conference in Johannesburg on Wednesday, TSAM CEO Andrew Kirby indicated that TSAM had been looking for a new passenger vehicle platform to produce at the plant since the decision to stop the production of the Corolla.

Kirby indicated that TSAM had invested more than R12-billion in South Africa over the past ten years in manufacturing facilities, equipment and dealers.

“Globally, the automotive industry is going through some profound changes and that certainly is being felt here in South Africa.

“In 2016, we had to make the decision not to continue with the production of the very popular Corolla model in 2020.

“It is now very pleasing that, after three years of study, we have been able to get approval for an investment of over R2.4-billion in the production of a new passenger-car model at our Durban factory from the end of 2021.”

Kirby said production would include a hybrid vehicle.

TSAM exports the Fortuner and the Hilux. The Hiace is produced exclusively for the local market.