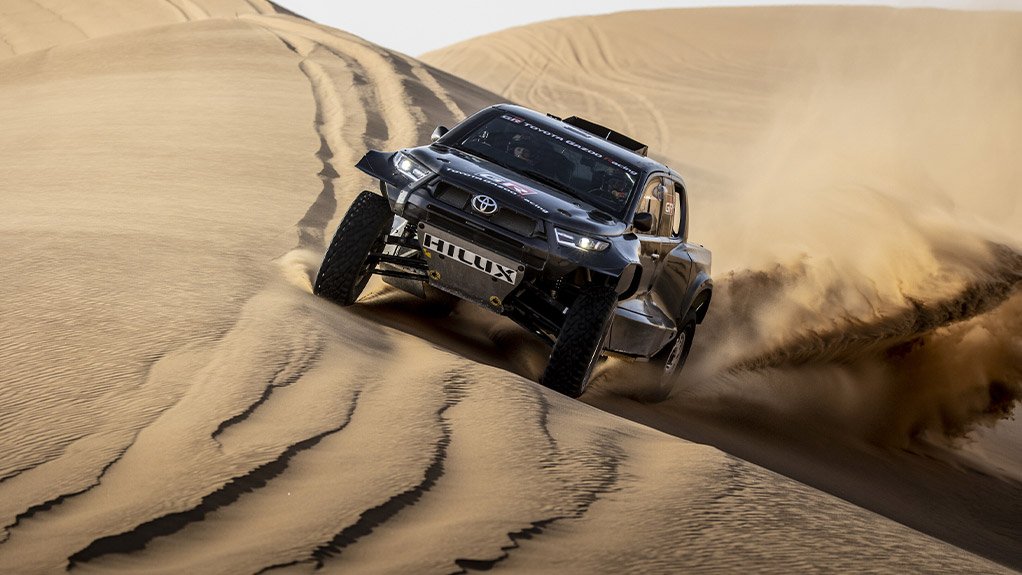 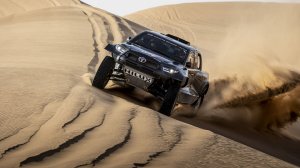 Toyota Gazoo Racing will enter a four-car team in the upcoming Dakar Rally, set to start in Saudi Arabia on January 2, 2022.

As was the case this year, the team will be spear-headed by Nasser Al-Attiyah and navigator Mathieu Baumel.

The team will be fielding the all-new Toyota GR DKR Hilux T1+, which conforms to the updated regulations for the T1 category.

The prototype car, in temporary raw carbon-fibre finish, is currently undergoing testing in preparation for an official reveal later this year.

Building on the experience from Dakar 2021, the team says it will continue to field a mix of experienced specialists, such as Al-Attiyah and De Villiers, while cementing Lategan “as an up-and-coming force in the sport”.

Variawa will be aiming to improve on his twenty-first position in the previous race.

Since finishing second at the 2021 edition of the race, 2019 winners Al-Attiyah (Qatar) and navigator Baumel (France) have powered to victory in the Andalucia Rally, as well as the Baja Spain Aragon.

The pair, who have won the FIA World Cup for Cross-Country Rallies three consecutive times, will be aiming to add a fourth Dakar victory to their resume in 2022.

With a crash on Stage 5 of Dakar 2021 forcing South Africans Lategan and Cummings to retire after posting highly competitive times on Stages 3 and 4, they will be keen to show their pace.

Lategan’s Dakar debut drew global attention, and the young driver from Johannesburg, who has won the South African Cross-Country Championship Series crown multiple times, will be looking to build on that experience.

The new Toyota GR DKR Hilux T1+ will share components with the race-proven Hilux that was first introduced in 2018, and won the race in 2019, but will feature a host of improvements, including bigger running gear – tyres of 37 inches, up from 32 inches; together with a tread increase from 245 mm to 320 mm.

The new car also has more suspension travel, with the previous limit of 280 mm now increased to 350 mm.

Under the hood, the car is now equipped with a 3.5 litre twin-turbo powered petrol V6 engine, sourced from the new Toyota Land Cruiser 300.

In standard form, the engine produces 305 kW of power at 5 200 rpm and 650 Nm of torque from 2 000 rpm. However, in race trim those numbers are significantly higher.

Dakar 2022 will again be run solely in the Saudi Arabian desert, with the race to follow a clockwise route this time.

The race will start on January 2 in the northern city of Ha’il, before traversing southward to the Empty Quarter.

The rest day will be in the Saudi capital of Riyadh on January 8, before the race heads south-westward to the finish in the city of Jeddah on January 14.

“We are very pleased to announce a team that is very similar to last year. With Nasser and Giniel heading up our attack, and Henk gaining confidence, we are excited to take on the 2022 edition of the Dakar Rally,” says team principal Glyn Hall.

“Our new GR DKR Hilux T1+ is progressing well, and we are confident that the new car will allow us to compete on a new level come January.”