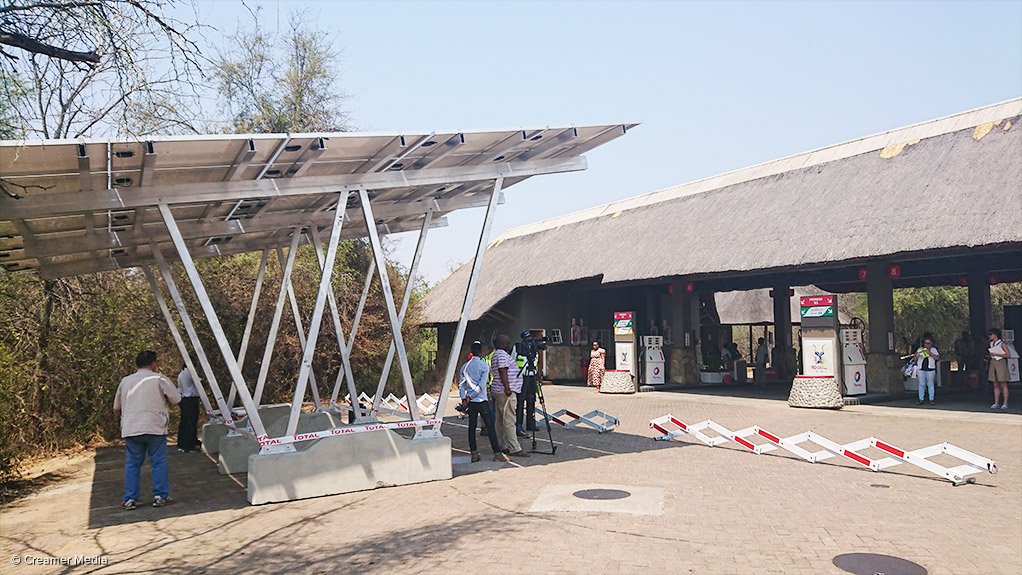 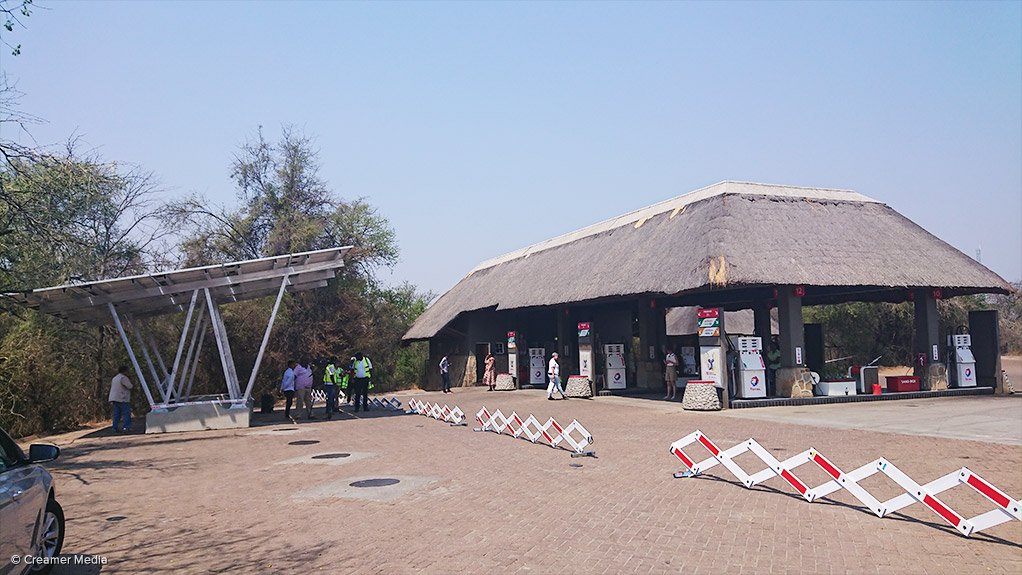 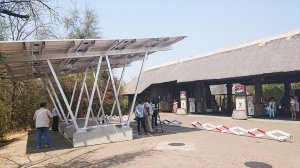 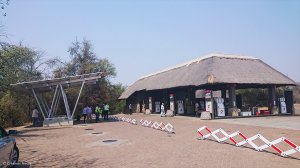 Total South Africa (Total SA) on Wednesday revealed a demonstration model of its solar-powered service station at the Skukuza camp, in the Kruger National Park, in Mpumalanga, on the occasion of celebrating a 60-year partnership with South African National Parks (SANParks).

The demonstration model is in line with Total’s project to install solar panels, supplied by Total Group subsidiary SunPower, at 5 000 of its 16 000 service stations globally by the end of 2021.

This project drives several efficiencies for the company, including reducing carbon emissions by 100 000 t/y, as well as reducing its electricity cost by $40-million a year.

Total SA CEO and MD Pierre-Yves Sachet on Wednesday said the company would have about 282 solar-powered service stations by 2021, with about 60 stations across South Africa already fitted with solar installations.

He added that Total SA aims to have solar power installed at all 21 service stations in the 19 national parks within the next few years, with a service station in rest camp Lower Sabie and picnic spot Tshokwane, both in Kruger National Park, next in line for the upgrades.

Total SA has been servicing the Kruger National Park since 1958.

The solar panels enable the service stations to run fully on solar power during the day, but switch back to grid power for operation at night.

Sachet pointed out that Total SA would eventually look into battery storage once it becomes more economically viable and justifiable.

The solar power projects at the Skukuza and Lower Sabie camps’ service stations are currently in Phase 1, which includes a feasibility study with solar panel design and placement, and approval by SANParks.

Phase 2 of the project for the two camps’ service stations will entail installation, which should take two weeks, and will be completed before the end of this year.

“Total SA embarked on the project in response to anticipated changes in customer expectations and their relationship with energy.

“This is an opportunity [to meet] the need for responsible energy consumption in light of a growing global population with increasing energy needs,” remarked Sachet.

Meanwhile, in celebration of Total SA and SANParks’ partnership, Total SA has made several donations to stakeholders that contribute to the preservation of South Africa’s national parks, including sponsoring jet fuel for the SANParks Air-Wing anti-rhino-poaching project over the next three years, which equates to about 100 000 litres a year for planes that operate in the project.