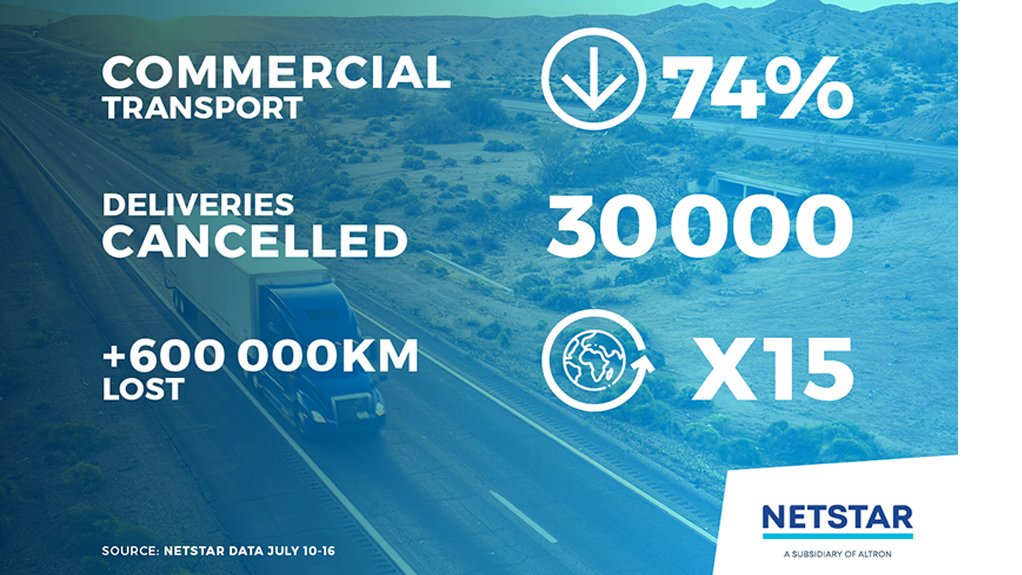 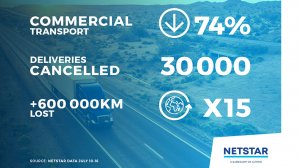 Data released by telematics company Netstar has revealed the massive impact the widespread protests and looting seen earlier this month have had on the trucking industry’s ability to deliver goods to market.

That is the equivalent of traveling around the globe 15 times.

Between July 10 and July 16, Netstar clients’ ability to deliver goods across the country fell by more than 74% when compared with the previous three months' data.

Between these three clients nearly 30 000 delivery trips were cancelled or delayed.

Netstar, a subsidiary of Altron, says its commercial clients were the hardest hit in KwaZulu-Natal, with more than 78% of transport vehicles unable to travel during the protest action.

Although Gauteng was severely impacted initially, with nearly half of all trucks standing still, Netstar’s clients in the province were able to recover faster to lose only 15% of their delivery capacity.

Netstar says the trucking industry started to show signs of recovery towards the end of the week of protests, with the average number of trips returning to near normal levels, except in KwaZulu-Natal, which suffered a net loss.

The provinces of Limpopo, Mpumalanga and the North West were the least affected by the civil unrest.

Netstar MD Pierre Bruwer says the company is closely monitoring developments across the country, even as the situation normalises.

“Our ground teams and helicopters have been supporting our clients and law enforcement agencies throughout the crisis.

“The trucking industry is the lifeblood of our economy as they play a critical role in getting goods to market and keeping the wheels of trade turning.

“We are hopeful that the situation will return to normal and that drivers can return to work safely.”