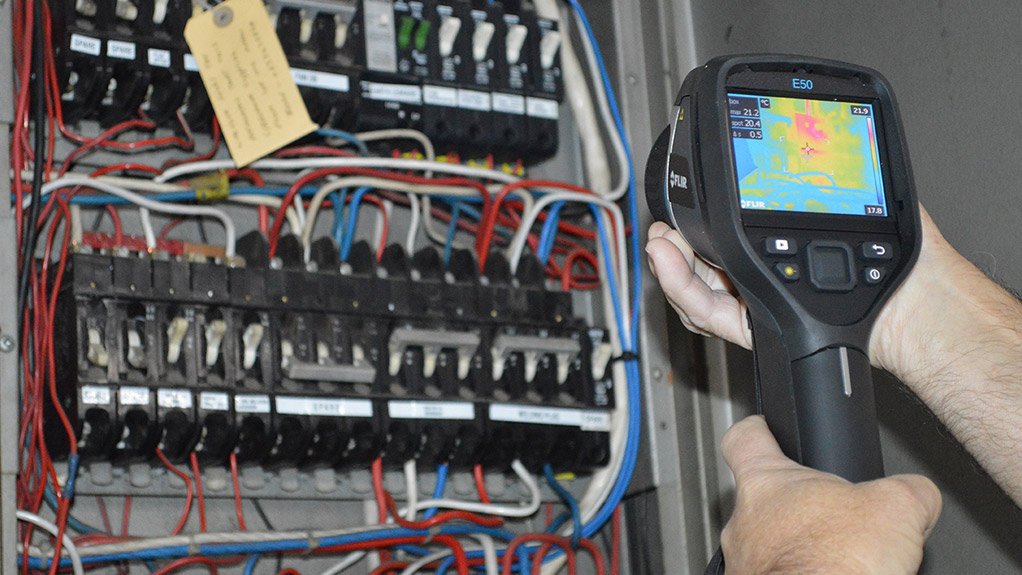 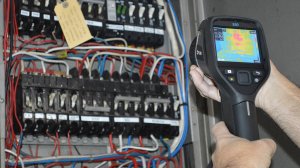 Thermal imaging technology has become one of the most valuable diagnostic tools for industrial applications, as it detects irregularities that are normally invisible to the naked eye.

Introducing a thermal imaging service will, therefore, go a long way towards reducing plant breakdowns, curbing the costs of repairs and optimising the production process, while improving safety in the working environment, he adds.

Roets stresses that small electrical anomalies can have disastrous consequences, as the efficiency of an electrical grid can become compromised, causing more energy to be used in generating a greater level of heat. If left unchecked, the heat could rise significantly and cause connections to melt, resulting in a fire.

“He adds that thermal imaging is not costly to buy. Once you have bought the thermal camera, it requires time to familiarise yourself with its operations. However, it also depends on the application and what you are using it for,” Roets tells Engineering News.

He further notes that a basic thermal imaging camera, depending on the model, can be reasonably priced; however, the user requires electrical engineering knowledge when operating the camera.

An example of this is when thermal imaging is used in monitoring a three-phase electric power system that has at least three conductors carrying alternating current voltages that are offset in time by one-third of the period.

The practicality of using thermal imaging when inspecting electrical equipment is that technology can be used while the plant is operating, eliminating any downtime as a result of operations coming to a halt, adds Roets.

Magnet’s thermal imaging service forms part of a condition monitoring programme to determine when and where maintenance is needed in electrical and mechanical installations and components.

Using noninvasive thermal imaging instruments that can accurately and quickly scan and visualise the temperature distribution of entire surfaces of electrical equipment and machinery allows preventive action to be taken.

The service further provides a range of images and accurate temperature data when monitoring high- and low-voltage equipment, low-voltage cabinets, motors, pumps and high temperatures, as well as insulation loss.