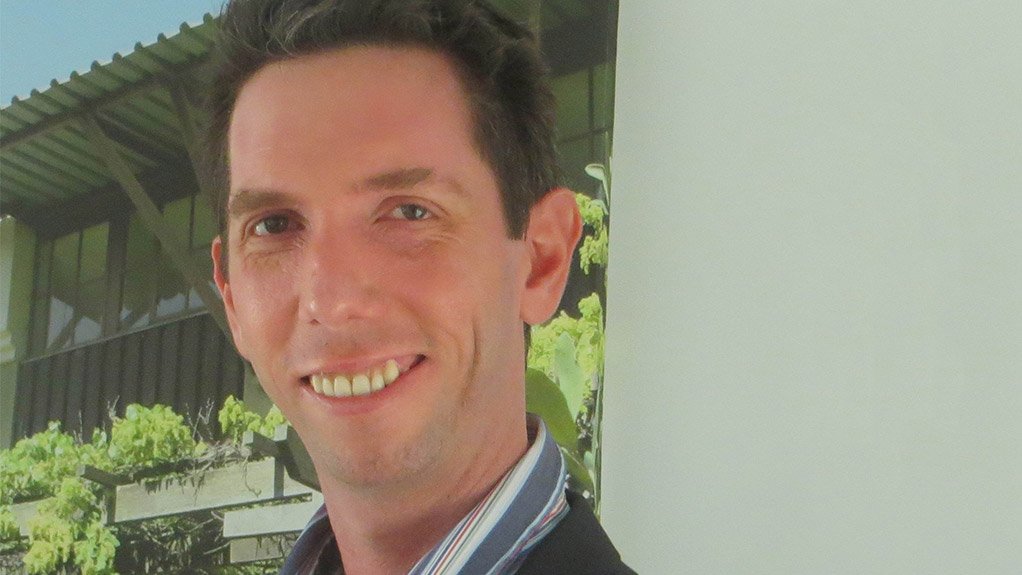 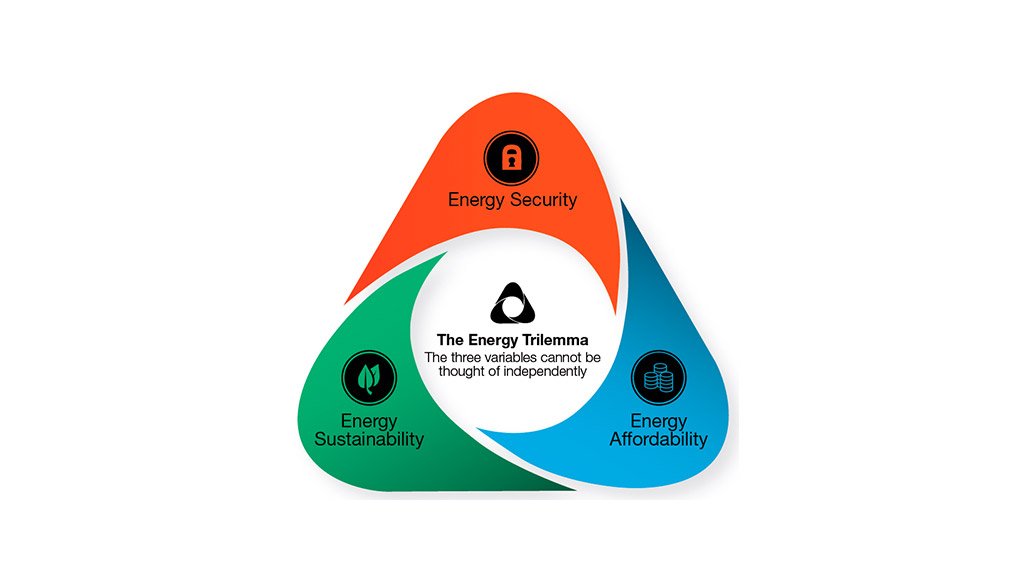 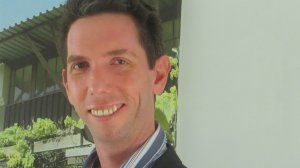 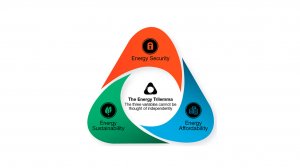 As the world population continues to grow exponentially and becomes more urbanised and affluent, demand for power, heat and transport will continue to grow. Global energy demand is expected to increase in line and potentially double by 2050.

To keep up with global energy demand, the investment requirements for energy infrastructure are nearly US$50 trillion between now and 2050. In South Africa alone the estimated energy infrastructure spend is around US$5 billion a year. Investing such a large portion of money, and the need for energy becoming increasingly critical, the method of resource allocation is paramount.

There are three challenges that have to be addressed when facing investment in energy and demand, and these imply a trade-off when choosing one over the other. These three challenges constitute the Energy Trilemma, a term coined by the World Energy Council:

Each of these challenges can be allocated a score that are then combined to provide the Energy Trilemma score or rating of between 1 and 130. When considered visually and plotted on a graph with three axes, one for each challenge, a powerful visual communication tool results. This can be used by countries, cities and large organisations to help set policies or socio corporate strategies by identifying where the desired position is on each axis and what the desired resilient position is. South Africa, for example, ranked 30th for energy security, 86th for affordability and 130th for sustainability due to the predominance of fossil fuels for the provision of energy. Overall this results in South Africa being ranked 84th as it is an average of the three indices.

The power and value of the trilemma tool is its ability to test whether new policies or projects are helping or hindering moving towards the desired position and what adjustments or change in emphasis of such new initiatives are needed.

To assist judgments relating to the Energy Trilemma, Arup has developed a Trilemma Index model, leading to a trilemma score, known as the Arup Energy Trilemma Index or AETI. The AETI has dynamic weighting for countries, where the sustainability component is considered by GDP per capita, security is based on oil & gas reserves per capita and affordability is the residual component. The index seeks to inform decision makers about the gaps they have in each of the components and then used to inform energy infrastructure and policy decision-making.  The Trilemma score can be used as guidance on proposed energy policy frameworks and the design of new regulations.

The AETI uses measures that quantify energy security, affordability and security objectives.  Due to data availability, the index currently consists of OECD countries.  Hopefully in the future, other countries including South Africa will be added to the index.

The AETI can also consider scores for countries, cities and companies. Cities can check their rankings against peers to see what they are missing in each energy component, and companies can do the same. Cities can target long-term infrastructure strategy using a trilemma framework and index. Companies would also be able to implement the index in a similar way, by advising their corporate strategy and future investments using the index as a measure of what they need to work on and what they are doing well.

When deciding how much each component counts toward the country’s score, the immediate assumption is to split them equitably 33% each. However, each country would have different necessities based on their particular situation.

A developing country might need to focus more on affordability whereas a wealthy country may wish to place more priority on sustainability.

The AETI can inform countries where they are lacking in terms of sustainability, security and affordability. For example, if we look at the UK’s weighting based on its GDP and natural resources, focus should be placed on sustainability and security. However, in index results, they rank quite low in sustainability. This can be used to inform policy made by the UK.  An assessment for South Africa would have a greater focus on affordability given the lower GDP per capita and relatively high unemployment.  Hence, the AETI would place a greater weight on affordability and energy security compared to countries such as the UK.

The AETI can also assist businesses through helping to identify opportunities where the projects and programmes benefit the energy trilemma outcome and as a result, the company’s financial performance and its socio-corporate objectives.

It can also extend to compare utilities’ performances, such as water companies, to advise corporate strategy. For example, a water company can see its ranking against its competitors and use their ranking to advise strategy. If they are, for example, behind on security of supply of water, they can devise their strategy to be oriented toward security and improve that score.

Similarly, the AETI can be used by potential investors to assess the contribution that a particular project or investment programme may make to the country’s or the organisation’s energy trilemma.

The project can benchmark against other investments and, by associating a value to the energy trilemma improvement, it could support strategic decision making around the location and the type of investment, particularly when assessing the impact of a portfolio of projects.

With demand for energy showing no signs of slowing down, and a pressing need for an international effort to combat climate change, the trilemma framework is more pertinent than ever. The AETI is an important tool and framework that major consumers of energy and organisations in the energy sector can use for an integrated view and informed decision-making.

For more information on the AETI, and how it applies to your company, please contact Justin Wimbush (e: justin.wimbush@arup.com or t: 021 409 3500).

Arup is the creative force at the heart of many of the world’s most prominent projects in the built environment and across industry. From 92 offices in 40 countries our 12,000 planners, designers, engineers and consultants deliver innovative projects across the world with creativity and passion.

We have over 650 staff in Africa, with 400 based in South Africa. Through our unsurpassed technology and connectivity, we can call on the international expertise of our colleagues from across the globe at any time. We have worked on more than 20,000 projects and developments in Africa including commercial buildings, mixed-use developments, airports, sports venues, bridges, highways, railways, industrial development zones, oil, gas and energy projects, hospitals, prisons, arts and cultural venues, science and technology parks, water and waste projects.

On these projects, we have provided or continue to provide multidisciplinary engineering, planning, project management, transaction advice and sustainability consulting services.


For more information, go to www.arup.com/Global_locations/South_Africa