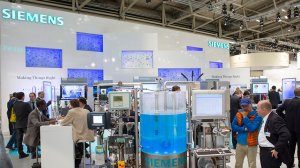 The water industry has been focused on ushering in a new era of water management, with an emphasis on automation, the Internet of Things (IoT) and sophisticated data management and analysis software that enables the water end-user or plant operator to have valuable, actionable information, says global technology company Siemens Southern and Eastern Africa CEO Sabine Dall’Omo.

“This proactive focus is driving digital transformation for both utilities and industrial plants, and enables them to react to an issue when it occurs as well as predict and prevent issues from occurring.”

She says South African municipalities are losing up to 36% of bulk water owing to pipe leaks and theft, adding that, by 2030, the world will need 40% more water as the result of rapid urbanisation.

“Prioritising the use of intelligent, networked systems will conserve energy, avoid water losses and curb resource consumption. “By having a 360-degree view of a water system, solutions can be pre-emptively identified.”

She indicates that, as the world moves into the Fourth Industrial Revolution, agility and inventiveness will become a pivotal requirement for the new world order, and climate change and global water shortages are a collective concern.

“In the latest World Economic Forum Global Risks Report, water crisis ranks twentieth as one of the risks respondents are most concerned about for doing business in their countries in the next ten years.”

Dall’Omo notes, to overcome the risk, the world will need to deploy major innovations such as three dimensional virtual technology to see a realistic representation of an existing water plant and overlaying how automation, drives, pumps, instrumentation and electrical components can best be implemented to ensure positive outcomes.

She explains that through the recent acquisition of a global leader in software solutions for advancing infrastructure Bentley Systems, Siemens has created a water plant simulation which allows for predictive maintenance, resource optimisation and energy data management.

Dall’Omo says Siemens recently hosted a 48-hour hackathon – #DigihackAfrica2018 – which brought together Siemens engineers alongside IoT and digital industry experts from various institutions to work on ideas that will have the potential to disrupt the IoT environment in Africa.

She says, as part of the competition, the winning team, which presented a decentralised intelligent water management system, will travel to Siemens headquarters in Munich, Germany, to further develop their idea and receive seed capital towards making their idea commercially viable.

“The value of investment in research and development in Africa to find solutions to the water crisis should not be underestimated. Being able to have foresight about future problems and develop solutions, with a uniquely African view and relevance, will provide the continent with a competitive edge.”

She says water education should not be restricted to scientific or factual knowledge but be holistic and include decision-makers, water technicians, communities, stakeholders and media to promote systemic change.

“Ultimately, effective and smart water management will enable governments and utilities to provide a safe and reliable resource to its people. “Improved water stewardship pays high economic dividends and technology can help to make this happen,” Dall’Omo concludes.