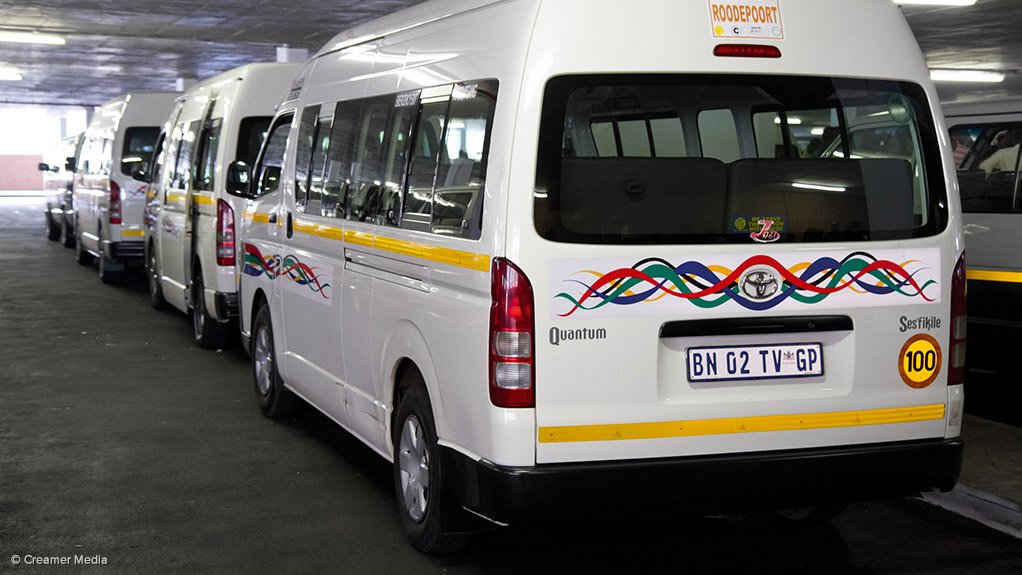 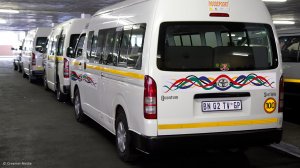 Government has taken the policy decision to financially assist minibus taxis, but the mechanism to do this has not yet been determined, says Transport Authority of Gauteng (TAG) head Jack van der Merwe.

“The short answer is that government has made a decision that taxis are a very important role player and that they must be financially assisted, but exactly how that is going to happen and where the funds are going to come from have not yet been decided. The conditionalities have also not yet been decided.”

One condition will probably be the formalisation of the industry, with taxi owners having to organise into formal entities as government cannot do business with single taxis, notes Van der Merwe.

Minibus taxis transport more than 66% of people in South Africa, but receive around 1% of the public transport subsidies available from government.

“One thing we have not spoken about is that government policy is going to move towards subsidising the user and not the operator,” adds Van der Merwe.

“This is done overseas where you then encourage competition, with the idea that users will choose the most effective public transport.”

This may deliver two problems, notes Van der Merwe. There has to be more than one choice of public transport, and it is important that the user subsidy does not become currency for a different type of transaction.

“In South America users get coupons, and those coupons then become a currency and people buy fridges and TVs with it, which means the money does not go into transport.”

“We are busy with all the paperwork, but it is operational,” says Van der Merwe.

“We have a 25-year integrated transport masterplan and we are busy reviewing that. We are also updating the Provincial Land Transport Framework.

“We will then develop a strategic transport plan that will feed into an integrated implementation plan.

“So hopefully it is not just talk, but action.”

TAG will be responsible for coordinating transport planning across the Gauteng city region, incorporating the provincial Department of Roads and Transport and various municipal transport administrations.