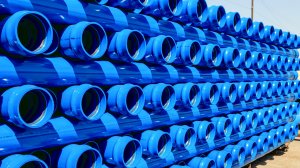 The Southern African Plastic Pipe Manufacturers Association (Sappma) has released the findings of a qualitative and quantitative pipes survey that shows a decline in infrastructure investment, particularly in the local pipes market, of 15%.

According to the survey, conducted by business management consultant LHA Management Consultants, polyvinyl chloride pipes continue to enjoy the biggest share of the local market, with about 78 000 t currently in use – of which 72% are used in high-pressure markets and 28% in non-pressure markets.

“What became clear from the research was that significantly fewer funds have been invested in infrastructure and building projects over the past six years – causing the pipe market to shrink by an alarming 15% since 2014. Although South Africa recorded average gross domestic product (GDP) growth of 0.8% per annum during the same period, the amount of money that was invested in building and construction projects as a percentage of GDP declined sharply,” says Sappma CEO Jan Venter.

He mentions that reliable infrastructure is desperately needed in South Africa to ensure the supply of clean drinking water and uninterrupted sewerage services, as well as the provision of electricity, telecommunication and gas services to communities.

“We are very concerned that the pipe infrastructure provision is declining on a per capita basis. This is a clear indication that the taxpayer’s money is not being spent where it is supposed to – despite the promises made by politicians.”

Venter highlights that, with regard to the lack of infrastructure projects, Sappma’s view is that there could be a shortage of funds, procrastination or a lack of urgency.

“Our assumption is that the importance of this matter is well known to government, because there has been no shortage of announcements related to funding.”

If the promised expenditure on pipes infrastructure does materialise, this would have a significantly positive effect on this “important, but underrated industry” and the country, as major water savings could be achieved by fixing leaking pipe networks, he adds.

With the soft demand over the past few years, manufacturers have to deal with chronically low gross margins. That, in turn, hinders the essential upgrading of production equipment and causes a drop in efficiency, which ultimately limits the ability to reduce product prices.

“The manufacturing process is a continuous one and, therefore, sensitive to volume and excessive stoppages,” adds Venter.

Venter says Sappma will use the insights gained from the survey to set its agenda and priorities for the next few years.

“It is clear that there is a need for ongoing training, communication and skills transfer in the industry. Our regular pipes conferences, quality workshops and technical manual play an important role in this regard.

“We will continue to educate engineers and other decision-makers about pipe selection, pipe standards and pipeline design through these platforms, but will also offer roadshows to the various provinces once the pandemic is over,” he elaborates.

Moreover, Sappma is engaging with the University of Pretoria’s (UP’s) Department of Civil Engineering to include basic technical information on pipes in the curriculum for third- and fourth-year students.

The association also plans to help alleviate students’ lack of exposure to plastic materials for engineering applications by including as many students as possible in its technical webinar programme for 2021.

It also aims to increase awareness in the market about pipe technical and design information through regular webinars and workshops. Such information will also include the major benefits – such as cost-effectiveness, life expectancy, environmental protection and personal health – of plastic pipes to empower designers and users to become comfortable with the design aspects of such systems, Venter concludes.