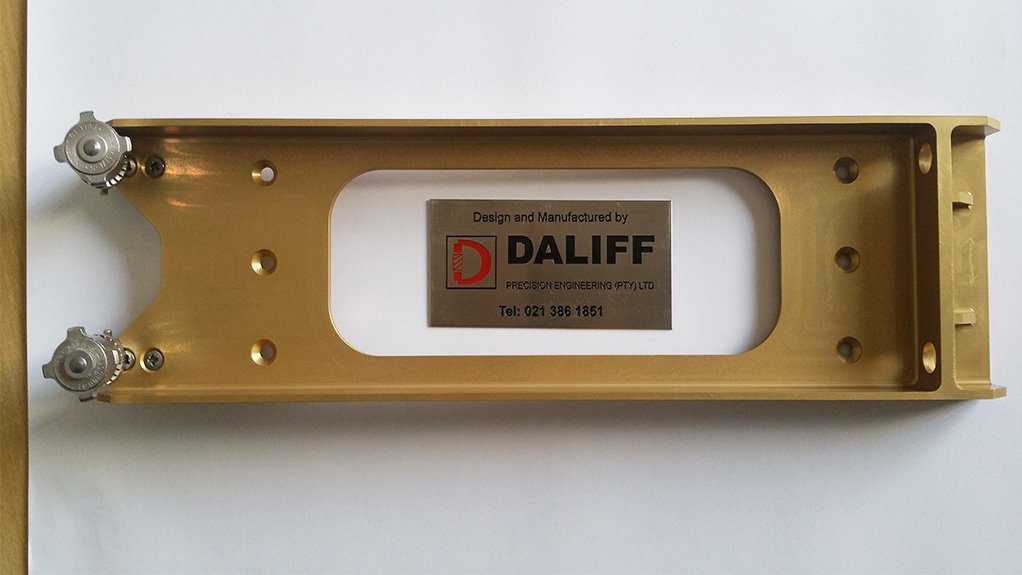 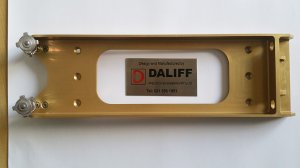 In its aim to identify a business growth opportunity in the local aerospace industry, the Aerospace Industry Support Initiative (AISI), at the end of last year, assisted Cape Town-based machining and assembly company Daliff Precision Engineering in developing a mounting tray to support avionic components.

“This initiative highlights that the Department of Trade and Industry (DTI), by using an existing State organ, the Council for Scientific and Industrial Research (CSIR), is bridging the gaps in the local aerospace industry,” she adds.

The AISI is a drive established in 2006 by the DTI and hosted and managed by the Pretoria-based CSIR.

The initiative, through the CSIR’s expertise and access to national infrastructure, “is responsible for the industrialisa-tion aim of the DTI to improve the competitiveness of the local aerospace industry”.

Import Substitution The aim of the project between Daliff – a small, medium-sized and microenterprise (SMME) – and Tellumat, with assistance from the AISI, was for Daliff to design, manufacture and approve a mounting tray, which would also open potential export markets for the tray, explains Botha. “Moreover, the intent of both parties is that Daliff, as Tellumat’s supply partner, will assume responsibility for the design and manufacture of the tray’s mechanical components.”

She further points out that the new mounting tray can be produced at a considerably lower cost, with shorter lead times, than an imported tray.

“Daliff’s design and production of a 3/8 mounting tray will now enable a full range, in different sizes, of mounting trays to be developed and marketed locally,” Botha says.

The project started in October 2014 and ended in March this year. Engineering included vibra-tion and structural testing of the tray to international standards and client specifications.

The project assisted in transferring technology from an OEM to an SMME; it also added to Daliff’s capabilities as an SMME. However, this also enabled Tellumat to enhance its supplier base.

“Without the AISI funding, this design and manufacturing project would not have been undertaken. “A small SMME, such as Daliff, cannot afford to take on risky design projects for which the payback period, until the product becomes established in the market place, which is envisaged to be years,” says Daliff chairperson Rowland Chute.

Focus Scope The AISI is also involved in another project with South African aerospace integrator Aerosud, which focuses on the localised manufacturing of insulation blankets used in aircraft.

The blankets, made from natural fibres and composites, protect avionic components in the aircraft’s airframes against fluctuating temperatures.

As the manufacturer, Aerosud aims to create the capability, through technology and skills transfer, for local companies to manufacture the insulation blankets, thereby eliminating the need to import this product, explains Botha. “The company will focus on skills development and then consider the potential of transferring these skills to local SMMEs,” she adds.

The project started in April and is expected to end in March 2016.

Incentive Scheme In addition to its focus on import substitutions, The AISI, in April, introduced a supplier development incent-ive scheme to incentivise key companies to beconme involved in local aerospace skills development and technology transfer.

The scheme will require aero-space integrators, such as Denel Aerostructures and Aerosud, to identify SMMEs that they would like to collaborate with, after which the AISI will offer an incentive to the integrators – a percentage of the increase in contract value between the SMME and the integrator.

The incentive is based on criteria that the SMMEs and the integrators have to comply with. These include, but are not limited to, broad-based black- economic-empowerment status, the percentage of women-owned and black-owned small busi-nesses and whether new manu-facturing or skills capabilities will be introduced.

“This is also in pursuit of government’s strategic objectives of transforming the industry,” concludes Botha.