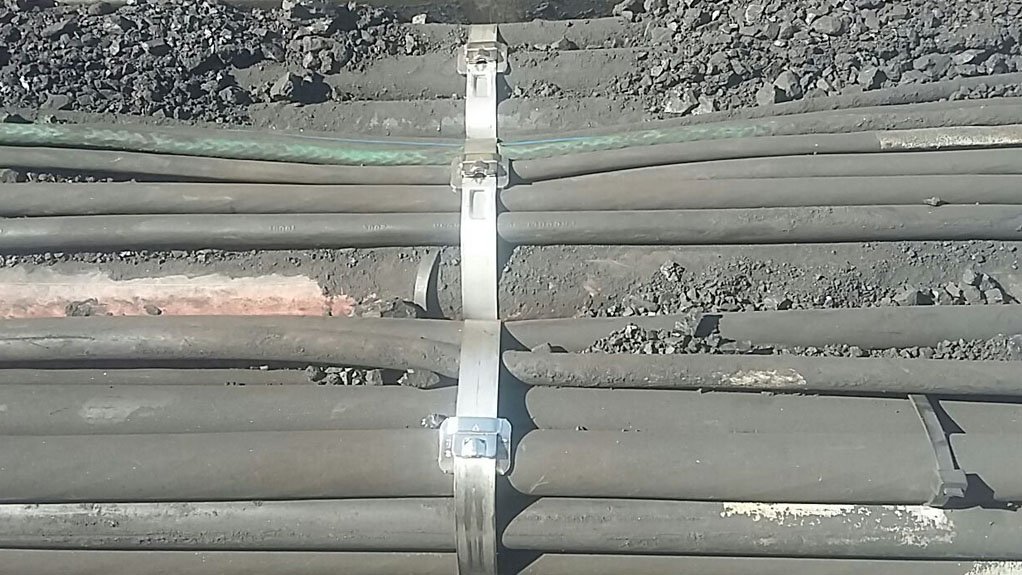 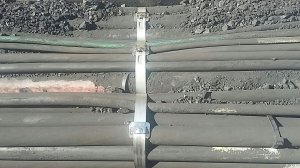 The company is expecting the second- phase order this month and Campbell has gathered – from Sasol’s feedback – that it will be a four- to five-year project to complete all the cables on site.

“The first roll-out was for Sasol’s conveyor structures, the second phase will cover the rest of the plant, which will most likely involve the coal mines that supply the plant.”

Campbell notes that a project manager and team of four workers are installing the cable clamps, but Sasol will expand the team to about ten workers in the coming months to accelerate the process.

The standard clamping system that Sasol was using before was not robust enough and criminals found it easy to remove the clamp and steal the cable; however, the Ultra-Lok clamping system is robust and has a tamper proof buckle, which assists in preventing cable theft.

Campbell explains that the system was not originally designed to counter cable theft, but as a hose installation tool. “But we’ve found a niche market in securing the cables.”

The company suggested this antitheft application for the tool to its parent company industrial equipment manufacturer Band-It, in the UK, and it is being marketed there.

“We work together to share ideas among the distributors and its a collective effort to innovate on our products or its applications.”

Further, the company also provides training to distributors and end-users to explain and demonstrate how products, such as the Ultra-Lok, work. Proper clamping is a technical process and certificates of competency are issued to trainees.

For distributors, the training is more structured and formalised, while it is more hands-on and discussion-based for end-users.

“On a yearly basis, we follow up with our distributors to keep them updated on our products and new applications.”