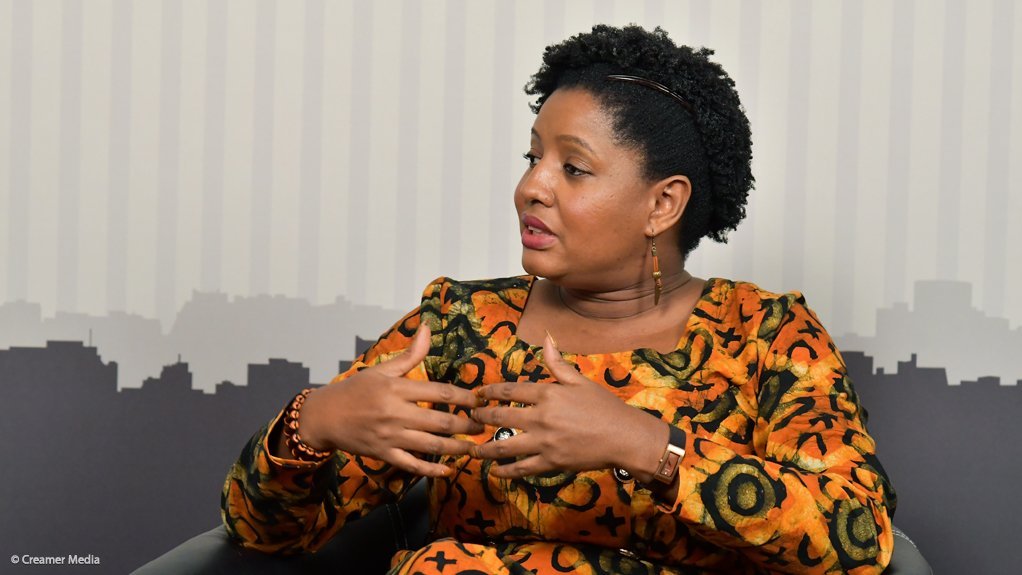 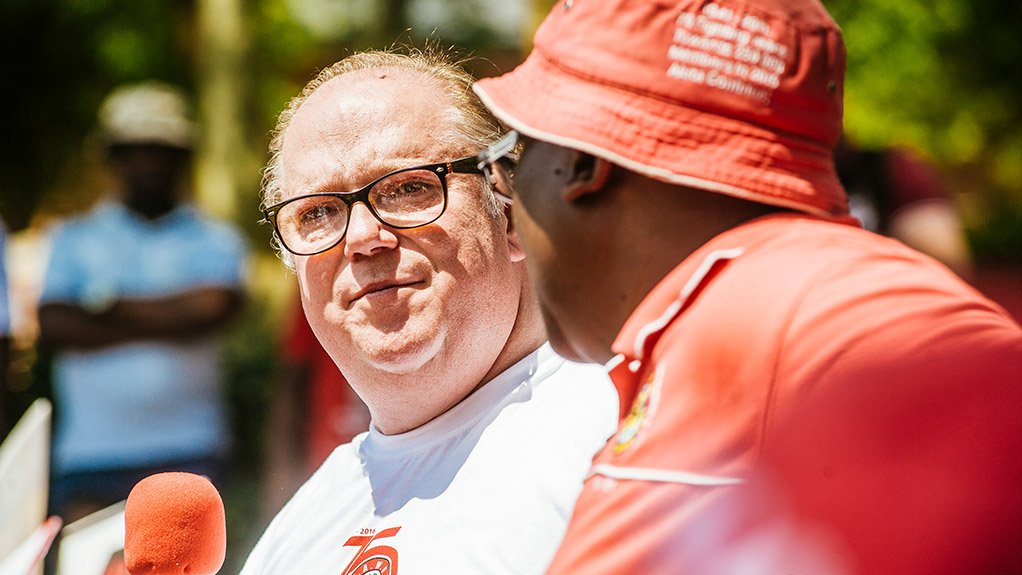 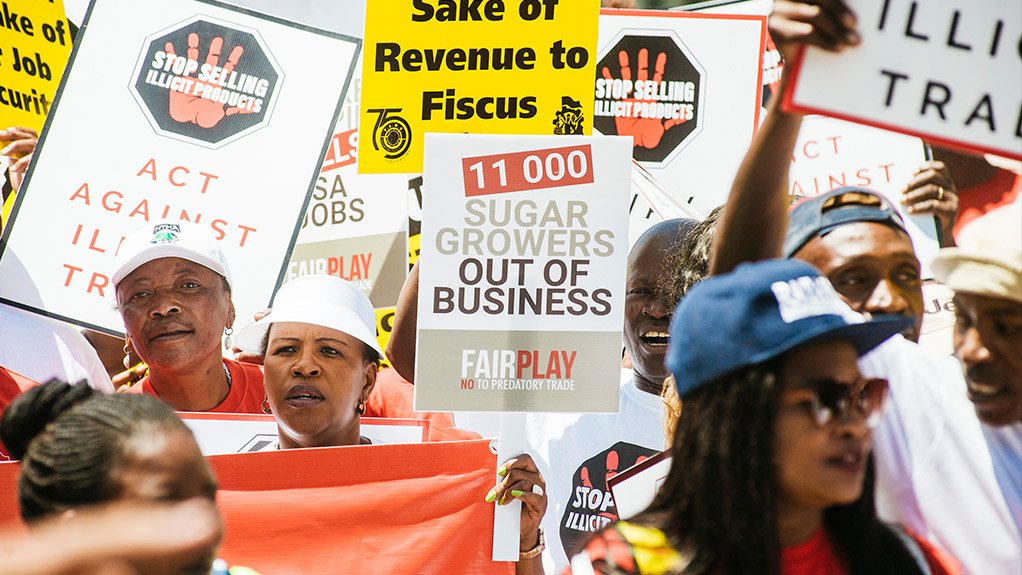 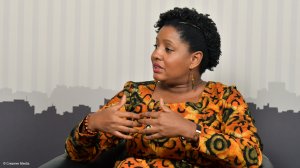 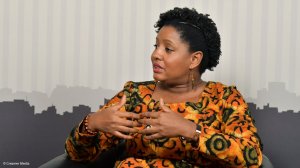 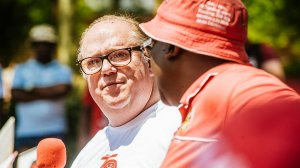 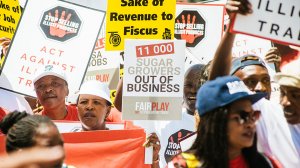 Anti-dumping organisation FairPlay’s Lebogang Chaka discusses the impact of sugar dumping on the local industry. Camerawork and Editing: Nicholas Boyd
Photo by FairPlay
FRANCOIS BAIRD If the local sugar industry is not assisted soon, the flood of imports will result in contraction, consolidation, closures and job losses
Photo by FairPlay
AT RISK The local sugar industry is particularly crucial to job-starved rural areas, and sustains the economies of several rural towns, particularly in KwaZulu-Natal

“The South African sugar industry has been in decline and under serious threat, owing to an onslaught of subsidised and dumped imports, which are taking a rapidly increasing share of the local market.”

FairPlay’s ‘State of the Sugar Industry 2018’ report, released in September, indicates that sugar imports from countries such as Brazil increased from 2% of local sales in 2015 to 28% in 2016 and 2017. In addition, the subsidised imports suppress local prices, so the industry is unable to recover rising input costs.

He fervently stresses that further sugar reforms in the European Union will also result in an estimated increase of 40% in sugar production for export, which will create global oversupply.

If the local sugar industry is not assisted soon, the flood of imports will result in contraction, consolidation, closures and job losses, which Baird says have started.

However, he laments that the extensive time taken to implement tariffs, subsidies and policy changes capable of bolstering the industry against predatory trade practices often make these interventions redundant.

“FairPlay has found that government’s administrative regime for import tariffs and value-chain diversification methods is ineffective.” Government departments are operating in silos that result in weak, inflexible and slow policy and tariff amendments and – despite political will – poor interdepartmental communication and follow through.

Baird cites government’s August decision to increase the dollar-based reference price (DBRP) of sugar – which triggers tariff increases – from $566/t to $680/t. He explains that this increase took a significant amount of time to be enacted and was only half the amount for which the industry had initially appealed. He stresses that, by negating industry’s recommendation, government implemented an increase that does not provide adequate protection.

While government is slow to implement steps to aid the local industry, it swiftly implemented the health promotion levy, or sugar tax, which is further suppressing local producers, he adds. FairPlay outlines that the industry has said that the tax will reduce demand and cost the country a further 3 000 jobs, with small-scale growers being affected the most.

He states that, if government must tax the struggling industry, then the revenue collected from the new tax regime – which had already generated around R800-million by the end of July since its implementation on April 1, according to National Treasury director for value-added tax, excise duties and subnational taxes Mpho Legote – ought to be reinvested in the industry.

FairPlay will host the first Ethanol Action Summit, scheduled for early 2019, before Radebe’s tabling of a biofuel framework to Cabinet, to drive the development of a national ethanol strategy.

The summit is meant to provide a platform for stakeholders to explore ways of driving growth and economic benefits from the development of such a strategy. FairPlay member Lebogang Chaka states that the organisation is arranging the summit around three major perspectives that will assist in formulating a framework for decisive action to bolster the local ethanol industry.

“The summit will be focused on job creation concerns, sourcing financial support and negotiating prospective process models,” she highlights.

Chaka states that discussion panels are being formulated to consider potential job creation opportunities that might arise from ethanol production, and the current state of job losses in the sugar industry. The panels will comprise public-sector officials, private-sector stakeholders, industry experts and labour representatives. Potential financing schemes and subsidising models to assist with the initial formation and continued longevity of a strong local ethanol industry will also be discussed.

According to FairPlay, government estimated the potential job creation from the implementation of a fuel ethanol policy at 125 000 in 2015. Chaka states that the industry has developed a more conservative estimation of 25 000 jobs.

“Either way, it will be a huge bonus in a country with one of the highest unemployment rates in the world. The spinoffs from this growth and investment will boost the national economy significantly,” she exclaims.

Chaka adds that Radebe and the Department of Energy will be invited to attend the summit to speak about a potential roadmap for the implementation of an ethanol fuel mix strategy.