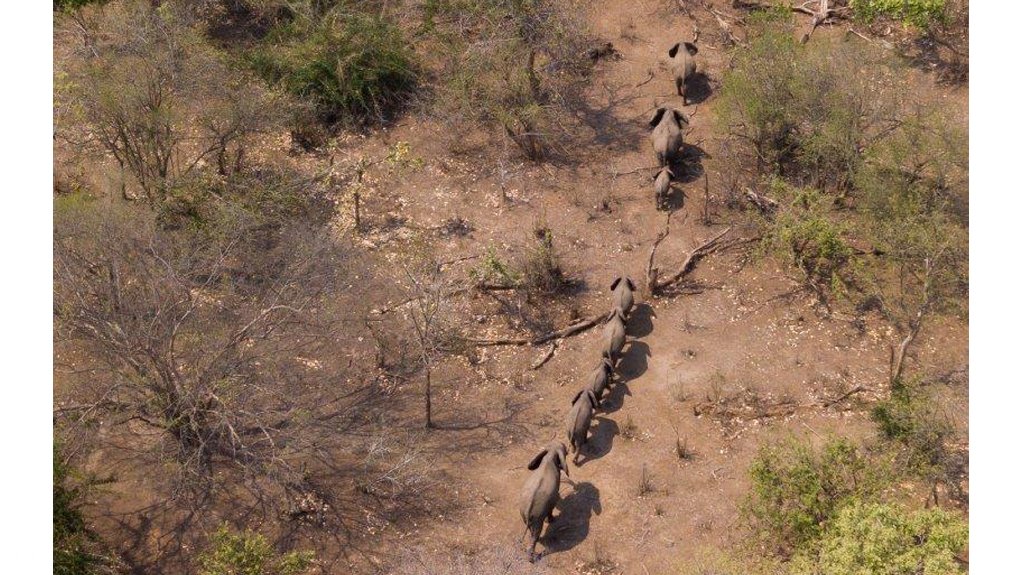 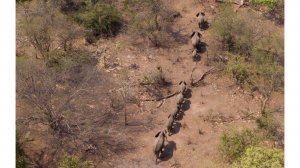 Researchers from Stellenbosch University (SU) have been involved in the first ever paper to be published containing practical guidelines and a suggested ethical protocol on how to cause as little disturbance as possible to elephants when flying over them with drones.

The paper, in the journal Koedeo – African Protected Area Conservation and Science, was authored by Wesley Hartmann – a recent MSc student in conservation ecology at SU, Dr Vicky Fishlock of the Amboseli Trust for Elephants in Kenya and the Centre for Ecology and Conservation at the University of Exeter in the UK, and SU Department of Conservation Ecology and Entomology wildlife management expert Professor Alison Leslie.

The study was conducted across two national parks in Malawi – the Majete Wildlife Reserve and the Liwonde National Park. Hartmann’s work formed part of extensive wildlife management research led by his supervisor Leslie at Majete over the past eight years.

He says it is important to think about drones’ interaction with elephants when researching or filming them and to ensure the animals are disturbed as little as possible. “The protocols developed in this study can be used to minimise stress when using drones for elephant research.”

Hartmann adds that the protocols can also be used to reduce the effect that the presence of a drone could have on an animal’s behaviour. “It is no use using a drone to study their behaviour if the data being collected in this way are going to be tainted by its mere presence.”

For the approach protocol, the impact of a quadcopter drone’s approach speed, angle of approach and initial starting altitude on the reactions of African elephants were taken into account; whereas the sustained speed and flight pattern, were recorded for the presence protocol.

According to Hartmann, the speed and angle at which a drone approaches a herd of elephants significantly impacts whether one can get close to the animals without disturbing them.

Interestingly, neither speed nor flight pattern had any measurable impact on elephants’ behaviour during sustained flights.

The protocols recommend that drones are at least 100 m from an elephant or a herd of elephants, and use an approach speed of 2 m/s and an approach angle of 45o or less.

Also, they recommend not dropping down over elephants from a 90o angle and, instead, consistently fly at one height, rather than altering the drone’s altitude.

The use of an angled approach is important, he notes, as it enables elephants to be able to easily orient towards and see the object that is making a noise.

“Elephants cannot move their necks fully upwards and, therefore, cannot easily look straight up into the sky. Elephants prefer being able to locate and identify the source of a noise and will often calm down once they have identified it,” explains Hartmann.

As part of his MSc studies in conservation ecology at SU on the social networks of elephants, Hartmann wanted to be able to observe the animals without them possibly changing their behaviour because of a human being around – something that scientists refer to as the so-called observer effect.

In this regard, using a drone fitted with a video camera seemed to be logical solution until Hartmann realised that no work had yet been published to give him guidance on how to go about the job with as little interference to the animals as possible.

“Surprisingly little data [was] available about the impact of drones on animal behaviour, despite them already being widely used in working with elephants, for instance to herd them to mitigate human-animal interaction, and for population surveys,” he explains.

Only a few studies could be found which involved quantifying the effects of drones on an animal’s behaviour, including for black bears in Canada, grey and harbour seals and birds such as mallards and flamingo in wetland areas.

“Numerous reviews on drones tout their almost unlimited potential to allow researchers to observe wildlife even in the most inaccessible of places. However, the influence of drones on the animals themselves is far less understood, and impact studies to construct protocols for best practices are in general urgently needed to minimise the potential for stress on target species,” notes Hartmann.