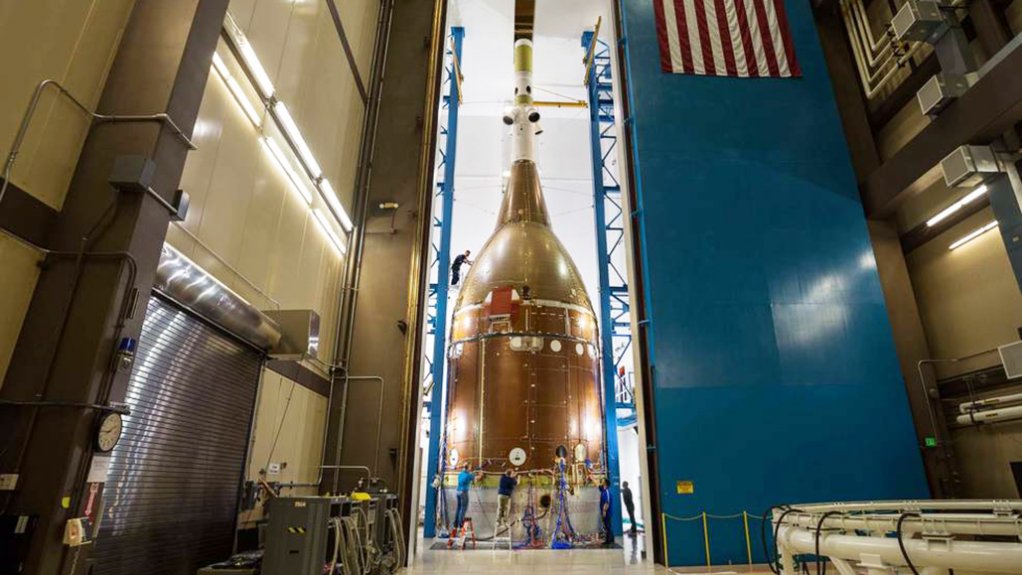 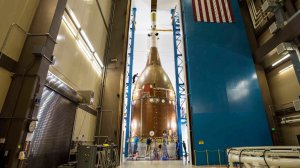 Photo by Nasa
The full stack fo the Orion STA, including adaptors and the jettisonable fairing, in Lockheed Martin’s reverberant acoustic test chamber

The US space agency, the National Aeronautics and Space Administration (Nasa) has announced that structural testing of its Orion spacecraft for the Artemis I mission had been successfully concluded. The Orion will carry astronauts deeper into space than any previous human spacecraft. This announcement came only a day after Nasa announced the conclusion of the structural test programme for its new Space Launch System (SLS) rocket, which will be used to launch the Orion.

The test programme was executed by Orion prime contractor Lockheed Martin at its test facility at Denver in the US State of Colorado. The tests employed what is called a Structural Test Article (STA), which is an exact duplicate of the Orion spacecraft. It comprises the crew module (or space capsule), the service module (designed and overseen by the European Space Agency, with Airbus as the prime contractor) and the launch abort rocket system (these are the three main elements of the spacecraft), plus the adapter connecting the crew and service modules, the adapter connecting the whole spacecraft to the SLS, and the jettisonable fairings covering them. However, the STA will not fly into space.

The Orion STA test programme began in 2017 and had involved 20 tests with six different configurations of the spacecraft. These included tests of Orion’s individual elements, and of all the elements together (known as the ‘full stack’), plus a variety of in-between combinations. Each test would involve days of preparation. They covered mechanical loads, pressures, vibration and shock conditions, in some cases imposing loads and stresses up to 40% above the most severe anticipated spaceflight conditions. There were also acoustic tests, pyrotechnic shock tests (recreating the pyrotechnic blast effects created by rocket stage and spacecraft module separation) and a lightning test to check if a lightning strike on the spacecraft, before launch, would damage any of the flight hardware, and what the scale of that damage would be.

“The STA has been an invaluable source for our engineers to prove out the integrity of Orion’s design,” observed Lockheed Martin Orion STA test manager Stefan Pinsky. “Over the course of testing, planning for the configuration and hardware moves of the three large primary Orion elements is a complex process that can sometimes seem like a giant game of Tetris.”

“It’s a tremendous achievement for our teams to be able to successfully test this number of STA configurations to validate the structural robustness of the vehicle across the range of conditions that the spacecraft will experience on lunar missions under the Artemis programme,” highlighted Nasa acting Orion programme manager Howard Hu. “These results give us continued confidence that Orion is ready for its first [uncrewed] Artemis flight to the Moon next year.”

The STA will be subjected to further tests in preparation for the crewed Artemis II and Artemis III missions. The Artemis programme will return American astronauts to the Moon, including the first woman to land there.