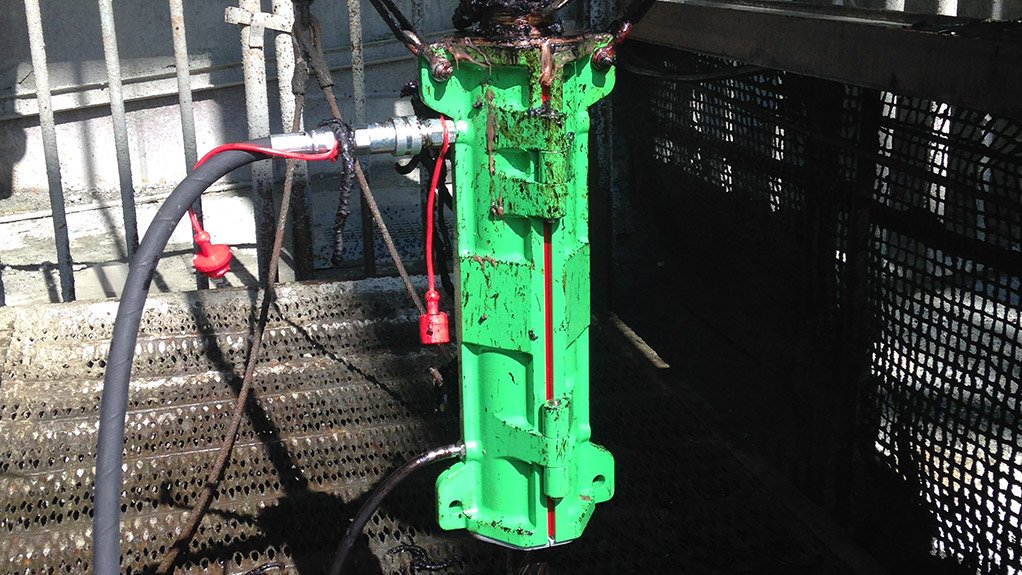 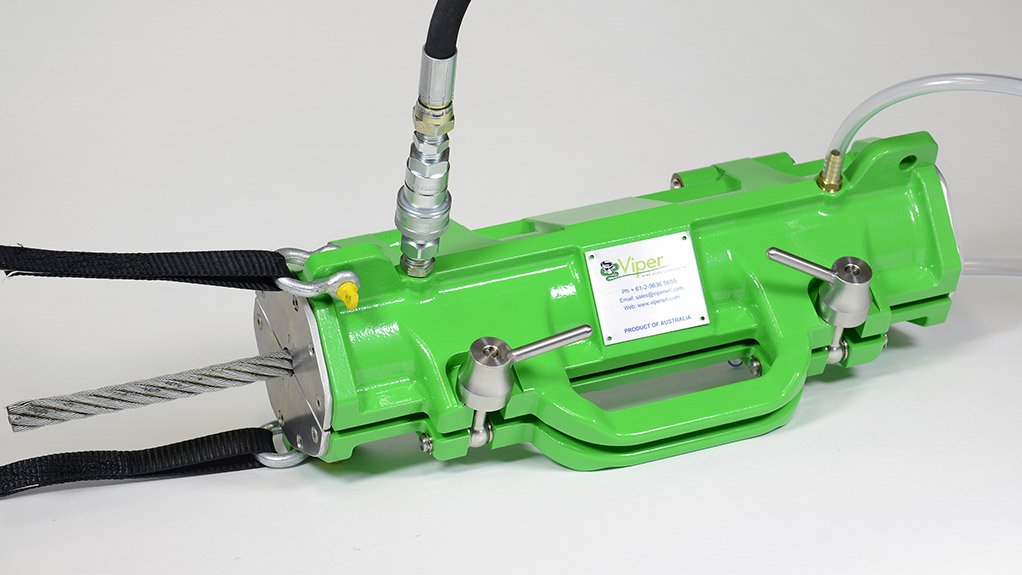 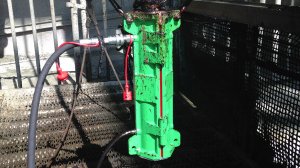 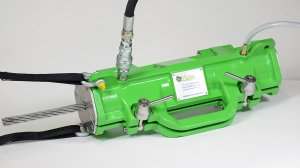 Guy lines are wire ropes used to secure large transmission towers, and their structural integrity is paramount to the operability of Sentech’s transmission infrastructure.

FitzGerald explains that wire ropes need to be lubricated frequently to ensure that they remain corrosion-free and are adequately maintained.

He adds that, for wire ropes to be lubricated, the lubricant needs to reach the core of the various strands in wire ropes, thereby ensuring 100% coverage. Common practice in the industry is to apply a thick and tacky lubricant manually to the wire ropes.

However, this method significantly reduces the lubricant’s ability to protect the wire ropes from corrosion, as the lubricant does not reach the core of the wire rope, functioning only as an outer cover. This, says FitzGerald, “leaves moisture trapped inside the wire rope, which causes corrosion to form from the inside out”, with dirt also prone to adhere to these tacky lubricants.

This type of internal corrosion is difficult to monitor and identify because it is covered mostly by the thick layer of lubricant, and evidence thereof will show only once critical levels of corrosion have taken place, at which point a complete replacement of the wire rope will be required, as its structural integrity has been compromised.

Using high pressure also results in any moisture within the wire rope being forced out through the front end of the Viper before the new lubricant is applied.

For the purpose of using the Viper on static wire ropes, Filter Focus has a hanging trolley to catch the removed old lubricant so that it does not contaminate the working area, other products, equipment or the surrounding environment.

Once the wire ropes have been cleaned, the Viper passes directly behind the cleaning devices to apply the new lubricant.

This entire process is automated and, in the case of moving wire ropes, it simply requires an operator to engage the motor of the wire rope drum to coil and uncoil the wire rope, while another operator monitors the Viper and engages the lubricant pump.

FitzGerald says wire ropes vary in size from 8 mm to 63 mm, all of which can be accommodated by the Viper, as it uses polyurethane sleeves that can be inserted into the Viper collar according to the specific size of the wire rope, as well as the lay of the rope. Local Adaptations

Sentech approached Filter Focus in early 2015 with the request to improve its wire rope lubrication operations. Subsequent planning has been taking place over the past five months.

FitzGerald notes that Filter Focus had to make a few adaptations to the setup and operation of the Viper to meet Sentech’s specifications, chiefly because the wire ropes used by Sentech are static.

This required Filter Focus to employ winches at either end of the guy lines to move the Viper up and down the line to lubricate it.

Sentech’s wire rope lubrication operations were previously conducted by having a person suspended in a bogey, or bosun’s chair, from the wire ropes. The person had to manually apply a thick lubricant by hand, while winches were used to hoist and lower the bogey.

This dangerous labour-intensive operation led to longer lubrication times without the ability to strip spent lubricant from the wire ropes.

“We can now strip and relubricate a single wire rope in about 30 minutes,” says FitzGerald, adding that user safety has also vastly improved because two people can operate the Viper from the ground, with one operating the winches and the other guiding the lubrication cradle.

Filter Focus started trials on Sentech’s towers near Carltonville, in Gauteng, on August 24.

Further, because the Viper was designed for use on moving wire ropes, Filter Focus had to design its own lubrication cradle to accompany the Viper up and down static wire ropes. This cradle is installed behind the Viper and carries a pail of lubricant and a pneumatic pump to pressurise the Viper collar.