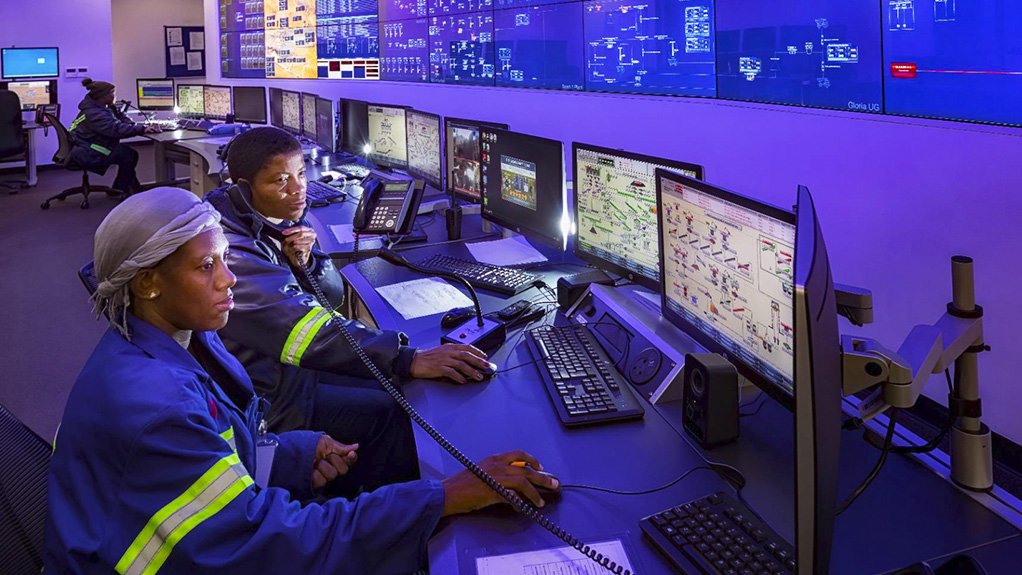 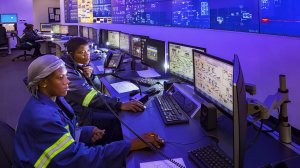 Photo by Creamer Media
The control room at African Rainbow Minerals' Black Rock manganese ore mine in the Northern Cape.

JOHANNESBURG (miningweekly.com) – Steps involving the use of two ports rather than one, longer trains and increased rail wagon payload are being studied to improve the logistics surrounding the export from South Africa of manganese ore.

State-owned rail enterprise Transnet has put on hold the capital expansion plan centred on the Port of Ngqura, at Port Elizabeth, being the sole port for the export of manganese ore, and is now also including the Port of Saldanha.

“Transnet has now come in with the longer trains and we’re also contemplating spending some capital to upgrade our private rail siding, because Transnet is now wanting to take 100 t payload wagons to Saldanha.

“We’re doing a feasibility on that now. We will have to upgrade our private siding to be able to take that 100 t payload and we’ll also upgrade our stacker reclaimer system to able to load,” said Joubert.

In the six months to December 31, ARM’s manganese headline earnings plunged 69% to R137-million in what has been a very buoyant period for other metals and minerals, particularly iron-ore, ARM’s headline earnings for which rocketed 99% to nearly R3-billion.

South Africa is said to be responsible for about 60% of international market supplies of manganese and to be endowed with the world’s largest known deposits of excellent quality manganese ore. Manganese is critical for the manufacture of steel and is expected to be buoyed by the global trends of decarbonisation, government stimulus packages and the electric vehicle surge.

Joubert said in response to Mining Weekly that Transnet was doing a lot of work towards opening up ports for the export of manganese ore against the background of the proportion of manganese exports currently being much lower than what the South African manganese ore reserves could allow.

“So, we’re still lagging in that regard,” said Joubert.

ARM reported that manganese ore prices remained under pressure, with production volumes impacted by Covid-19-related absenteeism and delays with the commissioning of the Black Rock and Gloria projects, which were held back six months by Covid restrictions.

The US dollar prices for manganese alloys were under pressure in the six months to the end of December.