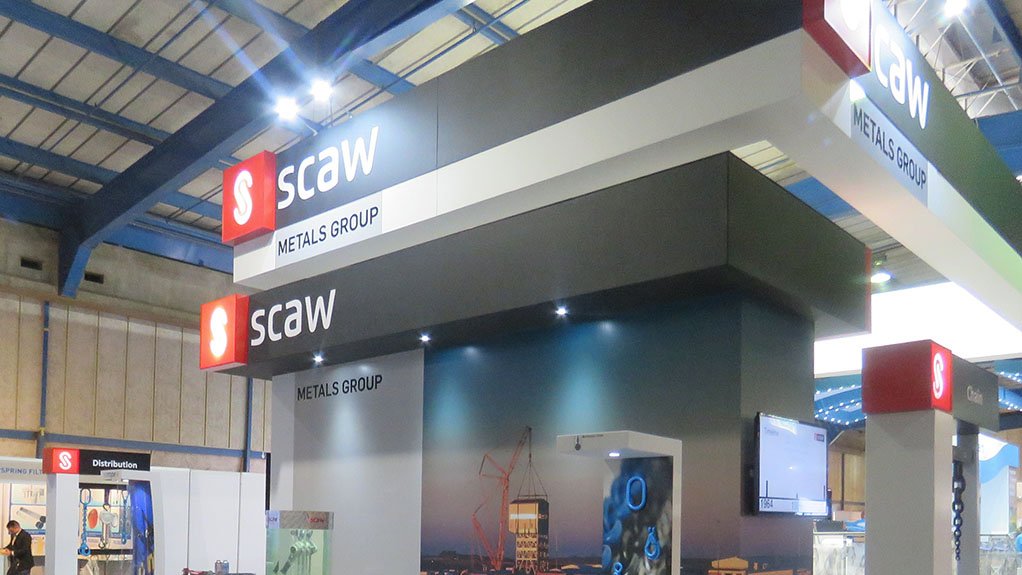 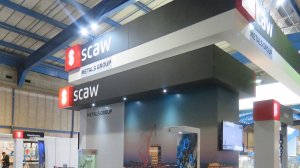 Presenting its products to members from the construction and the mining industries was the focus for steel product manufacturer Scaw Metals at this year’s BAUMA CONEXPO AFRICA, held at Johannesburg Expo Centre from September 15 to 18, says company sales and marketing executive head George Katergarakis.

Previously, at bauma Africa 2013, Scaw mainly focused on its lifting solutions business, which supplies slings, shackles, hoists and chains to the industry “However, the Bauma brand is evolving into one that is catering for construction and mining, which is the core of Scaw’s business; therefore, Scaw chose to include more products at its stand this time,” says Katergarakis, adding that the company’s display at the expo aimed to ensure that decision-makers in these industries are aware of the synergies between Scaw’s unique range of products that it supplies to these sectors.

Rolled Products Scaw’s range of rolled-steel products comprising reinforcing bar (rebar) and mining bar are used to reinforce buildings and as roof bolts and mining anchors respectively. These products account for between 40% and 50% of Scaw’s production volume manufactured at the company’s Union Junction site in Germiston, Gauteng.

This is done using an 85 t electric arc furnace used to melt scrap steel, which is then cast into steel billets on a three-strand continuous casting machine. The billets are subsequently rolled into rebar and mining bar.

The rolled steel business accounts for the majority of Scaw’s primary steel production, states Katergarakis, with the company competing with other steel companies, such as ArcelorMittal South Africa (AMSA) and Cape Gate, in this regard.

PC Products In addition, Scaw produces prestressed concrete (PC) strand, which is mostly used to provide compression properties to large-span concrete structures, besides other applications. These products are manufactured at its wire and strand facility, based in Germiston; Scaw Metals is the only manufacturer of these products in Africa.

The strand is also useful in the mining sector, as it is more flexible than mining bar and can be used for roof support when dealing with narrow mining stopes, says Katergarakis.

Scaw’s PC strand is mainly exported to the UK and the US. Katergarakis notes that the company has seen increased competition in the Middle East and Australian markets, owing to Chinese competition.

In Africa, PC wire is in high demand in Mozambique and Tan- zania, particularly for use in infrastructure development and production of railway sleepers.

He notes that this PC strand is considered a secondary steel product because it uses wire rod as an input, which is subsequently drawn into wire and stranded into the final product.

Chain Products Scaw is the only manufacturer of chain and masterlink assemblies in South Africa and does so from its facilities in Vereeniging, Gauteng. Chain manufacturing also involves a secondary process of beneficiating rod, sometimes also sourced from AMSA.

Trading under the McKinnon brand, Scaw has established a good reputation as a producer of high-grade chain and masterlinks worldwide. It services a significant portion of local market requirements including mining and lifting sectors.

Internationally, McKinnon competes with other reputable chain manufacturers, exporting its high-grade chain products, mostly to developed nations such as the UK and the US.

A large percentage of Scaw’s chain products are exported to Newcastle, in the UK, from where it is sold to major rigging companies primarily servicing the North Sea. These chain products are DNV-accredited with significant volumes being sold to the oil and gas industry in and around the Black Sea.

In 1999, Scaw acquired wire rope producer Haggie Rand. Katergarakis notes that Scaw still continues to sell its rope products under the Haggie name, which is synonymous worldwide as a frontrunner in the manufacture of deep-level mining ropes.

These ropes are typically used in mine shafts in excess of 2 000 m, with the deepest in the world at Moab Khotsong outside Orkney, in the Free State – measuring 3 170 m.

These products are internationally marketed through Haggie North America in Canada and Haggie Reids in Australia.

The company’s three major foundries in Gauteng are geared towards casting bigger products, including products for the rail industry.

Scaw, like all steel businesses, has endured hardship in recent years.

“Despite the majority of Scaw’s sales volumes stemming from its rolling mills, its diversified and unique product offerings, positioned mostly in the secondary steel sector, together with aligning costs to current demands, should see Scaw mitigate the current industry downturn,” he says.