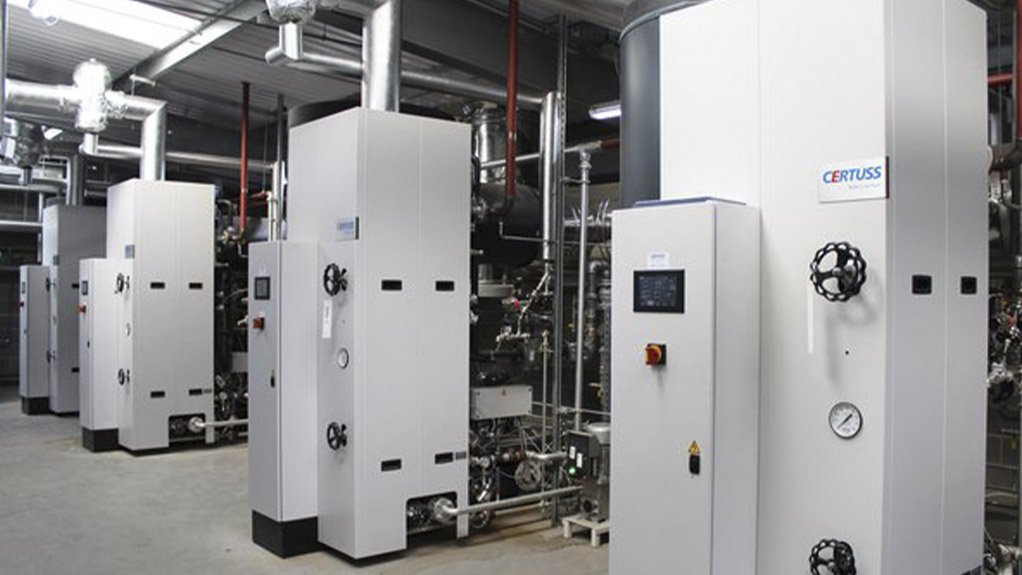 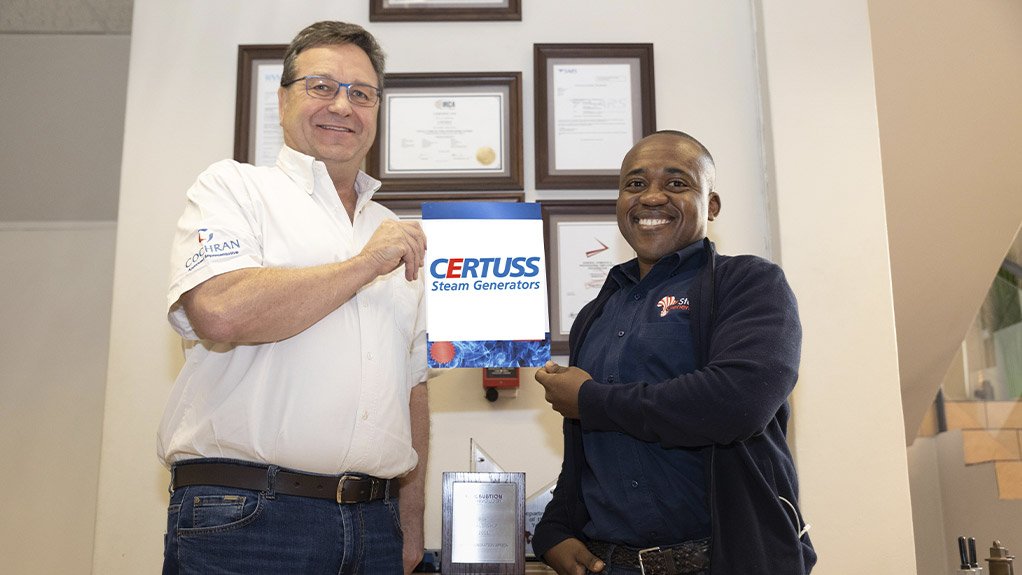 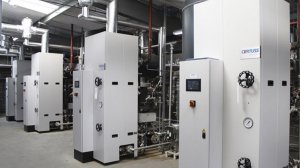 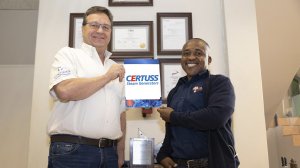 CERTUSS STEAM GENERATOR The key objective of this project is to overcome the disadvantages of a firetube by installing a CERTUSS steam generator, which reduces heat loss by 20%
Steam, as a significant energy source, is essential in industrial processes and systems. Steam boilers are therefore commonly considered to be an essential component of process plants,”

Steam boiler supplier Steam Generation Africa, exclusive distributor of the CERTUSS steam generators, is testing the generators at a brewery in Ghana.

While the brewery in Ghana has conventional firetube boilers in place, these boilers require significant amounts of energy to operate.

The key objective of this project is to overcome the disadvantages of a firetube by installing a CERTUSS steam generator, which reduces heat loss by 20% by allowing for the increase or decrease of steam input as and when needed, explains Hlophe.

The modular design of the steam generator allows for not only efficient demand changes, such as the boiler’s ability to fire up and blow down, but also reduced maintenance time.

Having a number of modular steam generators installed in unison creates an efficient solution which allows for the services of a few steam generators while the rest continue to run, ensuring minimal disruptions to operations, says Hlophe.

Hlophe highlights that the CERTUSS steam generator recycles this air, which ultimately saves on fuel and water costs.

“The compact plug-and- play design of the steam generator also saves space and is able to reach full-heat steam in under five minutes,” he adds.

The steam generator comes with a water and chemicals commercial vehicle enforcement unit, which comprises the water supply and water conditioning components, including the electrical installation, all pre-installed and ready for use, to feed up to four generators at a time, without needing to be mounted on a skid. These features save costs, which, according to Hlophe, include the building of the boiler house required for a conventional boiler, which tends to be far away for the end-use application and ultimately increases pipe work and reticulation costs.

Meanwhile, the project in Ghana is at the point of implementation. The financing and contracting, as well as health and safety compliances, have been organised and the equipment has been ordered from CERTUSS to be installed in this brewery.

While this is a pilot project, Steam Generation Africa is confident that it will be successful, with the brewer using these steam generators across its breweries and the continent, Hlophe explains.

There are four phases of this project: engineering and design, financing and contracting, equipment manufacture, and installation. The project is currently at the equipment manufacturing phase of the turnkey project. This began on May 24, 2021 and the goal is to finish the project by the end of November.

In Africa, this product, designed to be implemented in larger industrial environments such as the brewery in Ghana, is quite unique. It is therefore relatively new on the market in South Africa too. This product is low maintenance and has been implemented in other areas in Africa, says Hlophe. These include Monrovia, Liberia as well as in Ethiopia and Kenya.

The next step is to “aggressively supply” the textile market in Ethiopia, and the tea plantations in Tanzania and Kenya, adds Hlophe.

He concludes that, in Southern Africa, as it reindustrialises and once the economy has recovered, the CERTUSS steam generators will be aggressively pushed into the market.