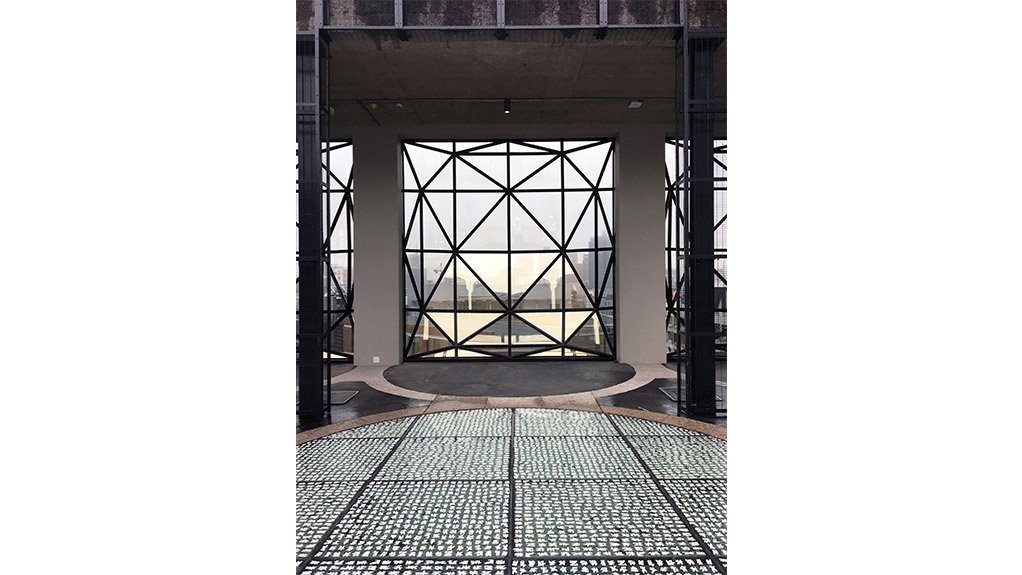 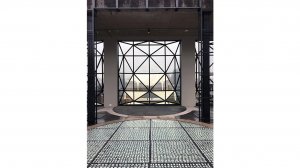 The R500-million V&A Grain Silo project, once an agricultural silo for grain storage and now an industrial heritage complex, is “the jewel in the crown of the silo district development”, says Arup senior façade designer Tessa Brunette, and the complex is now occupied by the Zeitz Museum of Contemporary Art Africa (MOCAA) and The Silo Hotel.

The most notable and significant aspect of the use of steelwork in the structure, according to Brunette, are the 98 pillow windows on the building. These were installed into the existing concrete frame, where existing masonry infill could be removed at the rooms and restaurant of the Silo Hotel and on the top floor of the Zeitz MOCAA.

Briefed to “give new life to the redundant industrial building and repurpose it into something new for the V&A Waterfront”, Brunette explains that Arup developed the concept of the pillowed windows following the studio’s suggestion of installing convex windows into the upper storeys of the building to transform it into “a glowing beacon within the city bowl”.

However, achieving the pillow window geometry was the most significant challenge, she states. To overcome this, Arup created a parametric three-dimensional model that established a series of geometrical and technical rules, within which the studio had full control of the geometrical resolution by defining the projection of each node within an entirely feasible framework.

The transportation and installation was another challenge, as the pillows were made and glazed as one assembly in a factory – up to 5 074 mm × 5 022 mm in size – and transported to site as completed structures. Careful handling was required to ensure that the glass was not damaged in the process, Brunette notes.

“Close collaboration with the architect was necessary to realise the technically challenging design intent in a pragmatic and buildable manner. “Key to this collaboration was combining Arup’s deep design knowledge with market-leading parametric capability to create a model that enabled the architects to drive the aesthetic resolution within a technically feasible framework,” Brunette tells Engineering News.

Meanwhile, the Ashgate facility, in KwaZulu-Natal, in the factory and warehouses category, and the lobby of the PwC Tower in Midrand, Gauteng, in the commercial category, were the other Arup project entries shortlisted for the finals in this year’s awards.

The Ashgate project, which required between 600 t and 780 t of steel, includes three warehouse structures within the Umbogwintwini Industrial Complex, in KwaZulu-Natal, on a brownfield site. The structures were required for the storage and distribution of chemicals.

Warehouse A is designed to store the flammable bulk chemicals in the facility and uses precast columns and tilt-up walls to the underside of the steel roof sheeting, while warehouses B and C have in-house racking to store mainly non-flammable liquid chemicals in containers.

Arup engineers had to ensure minimal horizonal deflection of the structure in one of the warehouses, owing to 13-m-high racking being placed next to the walls and the use of very narrow aisle forklifts for the placing and removal of the containers, Brunette explains. The two warehouses are connected by a steel canopy spanning over the road and loading area.

The steel award entry on multinational professional services provider PwC’s triple-height lobby area at ground floor houses a reception that flows into the adjacent meeting centre and is used as a café and informal meeting space.

The triple-height lobby houses components that feature the use of steelwork in a complex geometric form and, often, the painted steel is exposed to form the finished surface, Brunette says.

She explains that a steel and glass atrium roof cover the link between the tower and the meeting centre, and a steel link bridge with glazed balustrades connects the two floors at first floor level with a steel feature stair forming the principal link up to the second floor of the meeting centre.

The northern part of the lobby features a triple-height steel and glass façade that follows the twist of the tower.

Within the atrium and outside the glass façade, the sloping and spiralling columns of the building are encased in steel tubes to act compositely with the concrete inside.

Similar to the three projects that achieved finalist status at the 2018 South African Steel Awards for multinational professional services firm Arup, an innovative approach for the façade design of the Jewel at The MARC, in Sandton, Johannesburg, was used.

Arup senior façade designer Tessa Brunette tells Engineering News that the façade team achieved the “elegantly smooth surface” – comprising more than 5000 gold and black triangular panels – by encoding a rigorous mathematical logic into a parametric tool that allowed the geometry of the generating spiral curve to be adjusted to change the overall shape of the façade.

This, she explains, enabled the architect to make geometric adjustments, while the parametric environment ensured that the geometric relationships that provide the smooth curvature and geometric rigour were maintained. Arup evaluated the ability of the façade to perform as the protective skin of the building with energy and thermal comfort simulations.

From concept design to component detailing, Arup’s approach guided the realization of the Jewel’s complex envelope. The three-dimensional modelling of all framing members was based on the parametric model of the envelope. The automated cutting of the various aluminium profiles at the ends allowed the façade contractor to significantly reduce the time of fabrication.

“We used this parametric platform for geometry definition, automation of fabrication information and envelope environmental analysis,” she concludes.