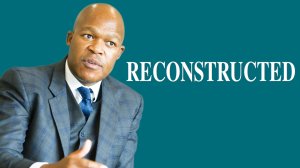 The newly black-owned construction company conceived from a R314-million sale agreement between engineering and construction group Murray & Roberts (M&R) and black-empowered Southern Palace Group aims to build on its 115-year heritage to become a “leading, Tier 1, infrastructure player in South Africa and in sub-Saharan Africa” by tapping into key opportunities on the continent.

Firefly Investments represents the consortium that is acquiring the 115-year-old Murray & Roberts Infrastructure & Buildings’ new businesses, which is led by the Southern Palace Group of Companies.

He suggests that MRIB, which will be rebranded in due course to represent its new ownership and portfolio, can create significant opportunity to play a conse- quential role in the public-sector spend that is planned for the further expansion of South Africa.

“Government constantly speaks about South Africa’s close to R1-trillion infrastructure programme – we hope to participate meaningfully in that,” Tseki says.

South Africa’s public-sector infrastructure spending over the medium-term expenditure framework period (from 2018 to 2020) is estimated to total R947.2-billion, according to Annexure D to the National Budget review.

Meanwhile, trends in public infrastructure spending indicate that between 1998/99 and 2015/16, the public sector spent more than R2.5-trillion on infrastructure. The amount spent increased from R48-billion in 1998/99 to R261-billion in 2015/16, resulting in an average yearly increase of 6.8% after discounting inflation, according to the annexure.

Tseki highlights that the construction infrastructure spend by the private and public sectors has been increasing, particularly public-sector spend over the past five years.

MODERNISING AFRICA
The company’s Africa-specific strategy includes its focus on being a prospective, but significant, participant in the development of infrastructure in sub-Saharan Africa.

There is significant potential for collaboration with various governments to unlock the infrastructure backlog, which spans the education, transport and healthcare, as well as the water and sanitation, sectors, says Tseki.

“As Africa has to modernise, someone has to build the infrastructure. There is no reason why MRIB cannot be a leader in these spaces,” he avers.

Tseki suggests that the group could follow several projects of the developmental finance institutions in South Africa, such as those of the Development Bank of Southern Africa (DBSA).

MRIB Platform CEO Jerome Govender, who will lead the new construction group, agrees, noting that, as a Southern Africa business, the company aims to consolidate and grow its local position and footprint to use as a platform from which to launch its Africa strategy.

Tseki avers that, if a company is to attract the best talent and the most innovative youngsters, it has to demonstrate the ability to attract and acquire leading projects on the continent.

He believes that competitive advantages stemming from the new business’s strong financial and operational capacity include the possibility to provide better pricing for projects, maintain a high-margin business and maintain and/or improve cash flow.

An additional, significant value proposition from the acquisition will be the company’s ability to assist clients in achieving good black economic-empowerment score cards in the construction industry, Tseki asserts.

“We will certainly do very well. It is that benefit that we hope to pass on to customers, such as real estate developers,” he explains.

HOLISTIC TRANSFORMATION
With MRIB achieving 100% black-ownership transformation through a full-price acquisition, Govender and Tseki argue that the transaction “is not some quasi-partial deal that may happen in the future for a small percentage”. In terms of the agreement, M&R will sell 100% of eight of its infrastructure and building divisions – M&R Buildings Gauteng, M&R Western Cape, M&R Infrastructure, M&R Botswana, M&R Plant, M&R Developments, Concor Opencast Mining and Dynamic Concrete Solutions (Namibia) – as well as its share in the Medupi Civils Joint Venture, to the Southern Palace-led consortium. The consortium includes certain members of current MRIB management and the Government Employees Pension Fund, which is administered by the Public Investment Corporation. All management and staff employed at the MRIB divisions will remain part of MRIB under the new shareholding structure. The new entity is expected to have an immediate order book of about R6-billion, and employ about 4 000 people.

Govender, however, stresses that transformation in the construction industry not only fundamentally starts with ownership transformation but also encompasses a broader agenda.

Key components of a “holistic” transformation include the aim to ensure operational excellence and delivery, and a commitment to clients and key stakeholders, as well as a commitment to the training and development of personnel and the upgrading of their skills, Govender avers.

Tseki adds that part of Southern Palace’s philosophy is that the best way to achieve transformation is through the cultivation of prosperity and through growth.

Through this growth, prosperity and transformation, Tseki sees further oppor- tunity to attract black executives to the construction industry.

Govender, nevertheless, cautions that the transaction alone cannot transform the construction industry. “We can ensure that we are transformed and we hope that, by the company becoming transformed, others will see the opportunity and potential for the wider level of transformation that is required in the industry,” he says.

Rebuilding Trust
While the conditions present for the transaction were met, Tseki claims that the acquisition’s approval without conditions by the Competition Tribunal was a key milestone.

The group had also proposed a five-year restraint of trade against former parent company M&R. Tseki had argued at the Competition Tribunal that MRIB had the right to use the Murray & Roberts name for only one year after transaction close.

“That was a significant risk . . . we do not want M&R to acquire another construction company . . . or M&R to be acquired by another company that is involved in the infrastructure services space and start to compete with us,” Tseki states.

Despite this restraint of trade, he stresses the importance of retaining and commercially maximising on the remaining industry goodwill towards M&R.

The reputation of the construction industry was tainted after findings of widespread collusion culminated in 15 construction groups, including M&R, paying fines totalling R1.46-billion in 2013.

Southern Palace and MRIB’s transaction follows M&R’s participation in an agreement with government, announced in October 2016, when the construction groups made various commitments, including a promise to ensure “meaningful” transformation, in return for a settlement of potential claims arising from previous transgressions of South Africa’s competition laws, Engineering News reported last year.

“The truth is that, because of these transgressions, the construction industry has lost the trust of public-sector clients. Part of the Southern Palace value proposition to MRIB, through this transaction, is to rebuild that trust,” Govender concludes.