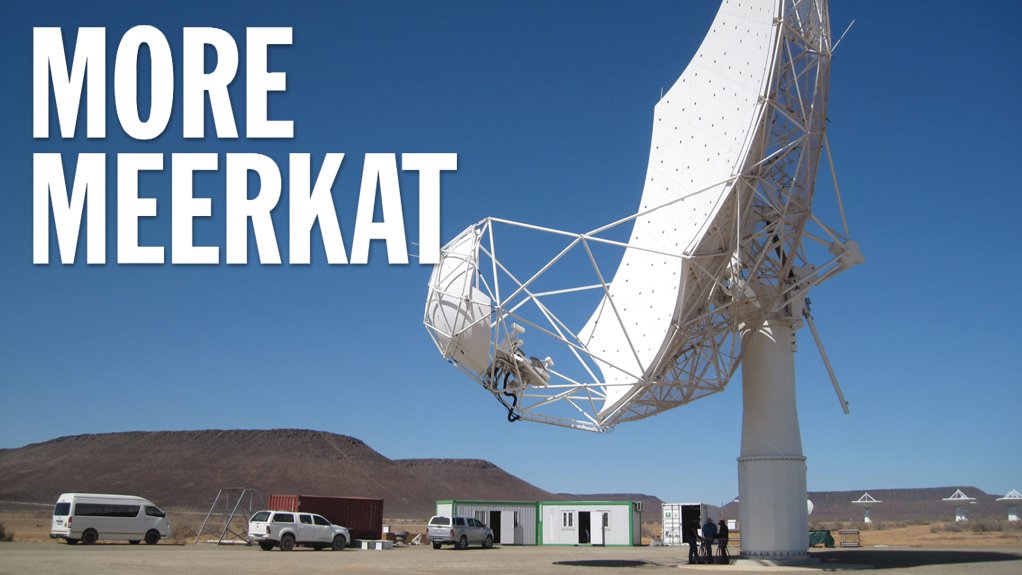 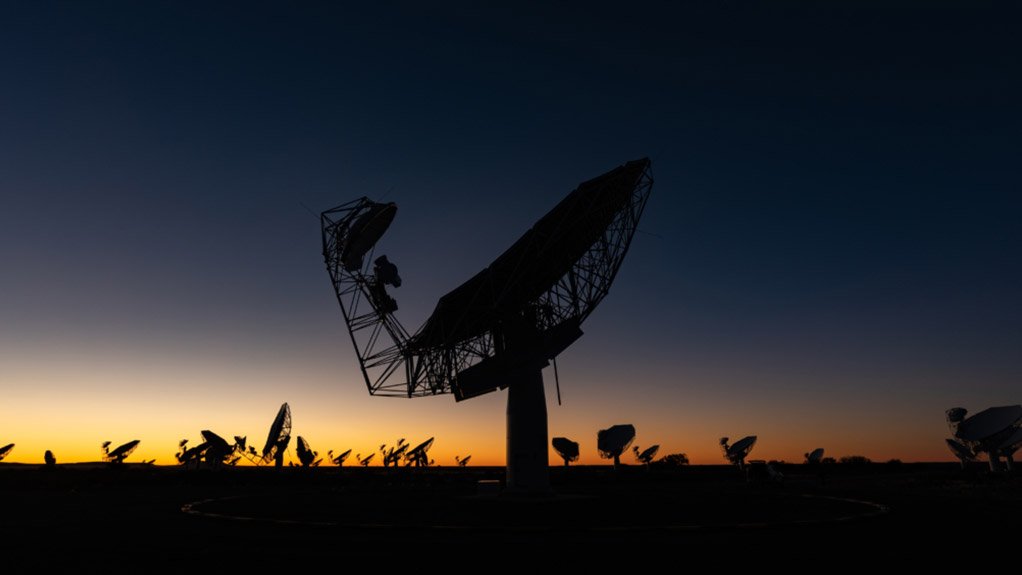 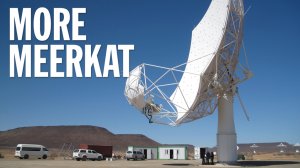 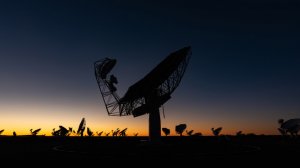 Photo by SARAO
NEW DAWN: The MeerKAT+ project will significantly increase the sensitivity of the telescope

The South African Radio Astronomy Observatory (SARAO) has already awarded the contracts for the construction of the infrastructure required for the expansion of the country’s world-leading MeerKAT radio telescope array. Located in the Karoo region, roughly west of the Northern Cape town of Carnarvon, the array has won enthusiastic plaudits from the global astronomy and astrophysics communities because of the unprecedentedly high-resolution data it is providing, which has already led to a number of significant scientific breakthroughs, despite the fact that MeerKAT was formally inaugurated only three years ago.

Intended as a precursor to the giant international Square Kilometre Array (SKA) radio telescope, which will be split between South Africa and Australia, MeerKAT is intended to be integrated into the mid-frequency component of the SKA (known as SKA-Mid); Australia will host the low-frequency component (SKA-Low). The SKA arrays will create the most sensitive radio telescope ever built, with the Phase 1 SKA-Mid planned to have 197 dish antennas, which would include the 64 dishes of the original MeerKAT. (SKA-Low will have some 131 000 simple aerial antennas.)

The SKA, which is controlled by the UK-based international SKA Observatory, or SKAO (of which the founder members are Australia, China, Italy, the Netherlands, Portugal, South Africa and the UK; France has since joined), entered its ‘construction phase’ last month, meaning that tenders can now be issued and contracts awarded. The SKAO has now issued expressions of interest in both South Africa and Australia; these are aimed at identifying companies that are seriously interested in bidding for work on SKA-Mid and/or SKA-Low. But many tenders will be open to enterprises based in all the SKAO member countries.

Actual construction of both arrays is expected to start next year and be completed in 2028. The total cost of building both Phase 1 arrays, and operating them, over the period 2021 to 2030, is estimated at some €2-billion.

But in the interim, the idea of enlarging the current MeerKAT, to increase its resolution and so scientific effectiveness, developed during discussions between South African and German scientists. These were a consequence of the establishment of close collaboration between SARAO and Germany’s Max-Planck-Gesellschaft (MPG – a non- profit research organisation with 86 research institutes and facilities, including the Max Planck Institute for Radio Astronomy or MPIfR; Max Planck was one of Germany’s greatest physicists, winning the Nobel Prize in 1918 for his development of quantum theory). The result was the MeerKAT Extension Project, or MeerKAT+ for short. This was agreed in principle in 2019, followed by a comprehensive scientific evaluation and technical planning. These steps were followed by the issuing of tenders earlier this year.

The MeerKAT Extension is a project costing about R900-million which will add 20 dishes to the current 64-dish MeerKAT array. This increase will allow the maximum distance between the array’s dishes to be dramatically increased from the current 8 km to about 20 km. This will most significantly increase its sensitivity and the resolution of the radio images that it will capture. This will additionally require a tenfold increase in the telescope’s computing power. (MPG and MPIfR had previously invested some R103-million into MeerKAT, to fund a latest-technology ‘beamformer’ and high- performance computer system, to detect radio pulsars and radio transients.)

“The extended MeerKAT will increase the raw sensitivity of the instruments by about 50%, a move that will enable the telescope to survey the sky faster, and also enable it to detect even [the] faintest astronomical sources,” affirmed the then CEO of South Africa’s National Research Foundation Dr Molapo Qhobela, last September. Speaking on the same date, MPG president Professor Martin Stratmann said: “I am impressed [with] what has been achieved with the MeerKAT telescope and we are proud to collaborate with our South African colleagues in the extension of the project.”

Originally, the South African and German partners would each contribute some R400-million (in cash and in kind) to the project. SARAO was responsible for creating the site infrastructure, the detectors and the cryogenic cooling systems (both mounted on the dishes), and the data processing equipment. MPG was responsible for the additional dish antennas, detector instrumentation, as well as the data collecting and analysis systems.

Last December, the project received a further boost when Italy’s Instituto Nazionale di Astrofisica (INAF – National Institute of Astrophysics) joined it. INAF is contributing a further R100-million or so, which will largely be used to support the development of the new dishes by MPG. But INAF will also help SARAO develop the dish control software.

“The fact that MeerKAT is attracting international investment and the science results that are being delivered by MeerKAT is testament to its claim of being the most sensitive radio telescope in [the] L-[radio frequency]band in the world,” highlighted SARAO engineering GM Willem Esterhyse to Engineering News & Mining Weekly. “Infrastructure work has been contracted to the COP Consortium, consisting of Concor Infrastructure ([a] division of Concor Construction (Pty) Ltd) and Optipower ([a] division of Murray & Roberts). The scope of infrastructure work is the extension of power and fibre networks, roads and foundations for the additional antennas. Construction will start early in 2022 with the goal of having the foundations completed towards July 2022. The receivers will be an extension of receivers that are used in the MeerKAT telescope. There will be receivers that will operate in L-band (from 0.95 GHz to 1.76 GHz) and S-band receivers (1.7 GHz to 3.5 GHz). EMSS Antennas (Pty) Ltd has been contracted to provide the L-band receivers, while the S-band receivers are part of the MPG in-kind contribution to the contract.”

As previously mentioned, MPG (supported by INAF) has responsibility for the dishes. The production readiness review for these is expected to be completed by the middle of next year. Manufacture of the dishes would start immediately thereafter and their erection on site would start late next year and be completed in 2023. Responses to the tender for the helium cooling system for the Low Noise Amplifiers (in the receivers) were currently being evaluated.

The original MeerKAT has already racked up an impressive record of discoveries and unprecedented observations, made by international teams of astronomers and astrophysicists. These have included the discovery of vast amounts of ‘missing’ gas in the galaxy NGC 1316 (the gas was ‘missing’ because, before MeerKAT, it could not be detected). Another achievement was the discovery of giant radio ‘bubbles’ in the centre of our galaxy, the Milky Way. Then there was the tracking of the radiowave ‘afterglow’ of a gamma-ray burst (GRB 190 114C); the first imaging of very distant galaxies, like our own Milky Way, again undetectable by previous instruments; and the solving of the puzzle posed by X-shaped radio galaxies. There was also the discovery of two giant radio galaxies, and the resolution in unprecedented detail of jets of high-speed particles thrown out by a massive black hole in the centre of a galaxy. Most recently, MeerKAT has discovered a group of 20 galaxies, which is probably the most neutral hydrogen-rich galactic group yet discovered. And this list is not exhaustive.

MeerKAT+ is expected to start early science operations in 2024, followed not long afterwards by full science operations. The expanded array will be focused on sky survey programmes, covering the southern sky. A key aim will be the study of transient radar sources, including fast radio bursts and pulsars. Another priority will be cosmology – the study of individual galaxies and large-scale structures in the universe. And radio sources within our own galaxy will not be neglected, either. The intent is to produce science that will have “legacy value”.

“The whole of MeerKAT Extension will be integrated with the rest of SKA-Mid – the timing and integration process has not been fully agreed with SKAO at this stage,” reported Esterhyse. The new dishes for MeerKAT+ will be built according to the specifications agreed for the SKA-Mid Phase 1 dishes. The MPG has already built an SKA-Mid dish demonstrator at the MeerKAT site in the Karoo. This demonstrator is serving as a testbed for both the SKA and the MeerKAT+ project.

The SKA is seen as the ‘next-generation’ radio astronomy instrument. “The next generation of radio telescopes will enable vastly improved studies within a number of fields in radio astronomy,” explained SARAO in a statement it released last September. “The observation of accurate pulsar clocks will provide a unique opportunity to find ripples in space-time. The tracking of young galaxies at high redshifts [that is, moving away from Earth at high speeds, due to the expansion of the universe] might help to identify the nature of mysterious dark energy. Maps of the three-dimensional distribution of cosmic magnetic fields will lead to the understanding of their impact in space. A look back into the Dark Ages, the time before the universe lit up, provides opportunities to discover how black holes and stars were formed. The investigation of complex molecules may ultimately lead to building blocks of life in space.”

The SKA is currently planned to have a lifetime of 50 years. Throughout this period, it will be constantly upgraded and modernised, with the introduction of new instrumentation and software. It is far too early to tell if the telescope will operate beyond 2080.

Apart from its scientific benefits, the huge amounts of data that both arrays will collect will greatly stimulate the development of Big Data capabilities in all the SKAO member countries. Other high-tech sectors are also expected to benefit, including the development of energy efficient processing and the use of sustainable energy sources. Further, it is stimulating interest in science, technology, engineering and mathematics education. And in South Africa, to support both MeerKAT and SKA, some 700 people have received grants and bursaries, covering the entire spectrum from postgraduate researchers to school leavers training to become artisans, from SARAO.