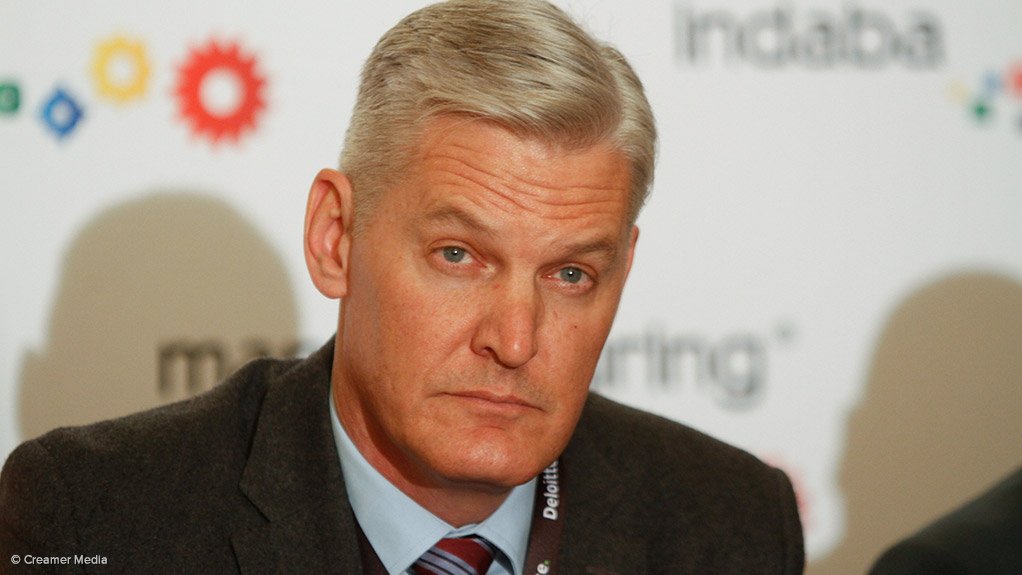 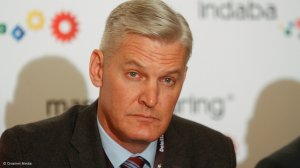 South Africa is stuck in a vicious deindustrialisation cycle which has left its manufacturing sector lagging at a level well below where it should be considering its developmental stage.

The country’s failure to pick itself up out of the low-growth trap can mean a missed opportunity to create 800 000 to 1.1-million jobs in the stalled sector.

Speaking at the Manufacturing Indaba, in Kempton Park, on Tuesday, Manufacturing Circle chairperson Andre de Ruyter explained that manufacturing’s contribution to gross domestic product (GDP) had fallen from 24% in 1980 to less than 13% in 2015.

For South Africa’s stage of development, manufacturing, which is already lagging other emerging economies, should be contributing more than double that to GDP.

If manufacturing were to have the appropriate 28% to 34% contributory share of GDP in line with the country's developmental stage, around 800 000 to 1.1-million jobs would be created and its multiplier effect – the highest of any industry –  of five to eight indirect jobs for every one manufacturing job, and the social return of 29.6%, would be exploited, he told delegates at the two-day Indaba.

“We are woefully underperforming,” De Ruyter said, pointing to the decline in manufacturing that had led to 500 000 job losses on the back of a significant drop in consumer demand.

The country’s difficulty in turning the situation around is exacerbated by high energy and labour costs, lagging infrastructure, policy and regulatory uncertainty, the export of unbeneficiated goods and a reliance on imports.

Without a virtuous cycle of investor and consumer confidence, supported by stable politics, South African will continue to deindustrialise, without the capacity to move into a service economy.

De Ruyter pointed out that industrialisation was not a phase that could be leapfrogged and that South Africa needed to move through the full cycle to capacitate itself to enter the service economy.

There is an upside if South Africa can reverse its deindustrialisation and bolster its manufacturing industry – the creation of more than one-million jobs.

With unemployment now evidently the biggest crisis facing South Africa, the Manufacturing Circle is engaging government to table some proposals aimed at creating one-million jobs over the next decade, which require manufacturing to grow to a level where it is contributing 30% to GDP.

While there is a need to stimulate consumer demand, that alone will not set South Africa on a growth path.

There is also a need to protect local industries with assertive trade policies; stimulate demand for local goods, which in turn will boost investor confidence and lead to more jobs; promulgate supportive regulation; institute competitive incentives; and provide policy certainty.

De Ruyter suggested that to boost industrialisation, government incentives and support, regulatory and policy intervention and private sector participation would be critical.

Some proposals included establishing a favourable tax rate of 15% for existing and new business in designated existing industrial areas; accelerated depreciation allowances that are similar to that of the mining industry and tax holidays for new investments.