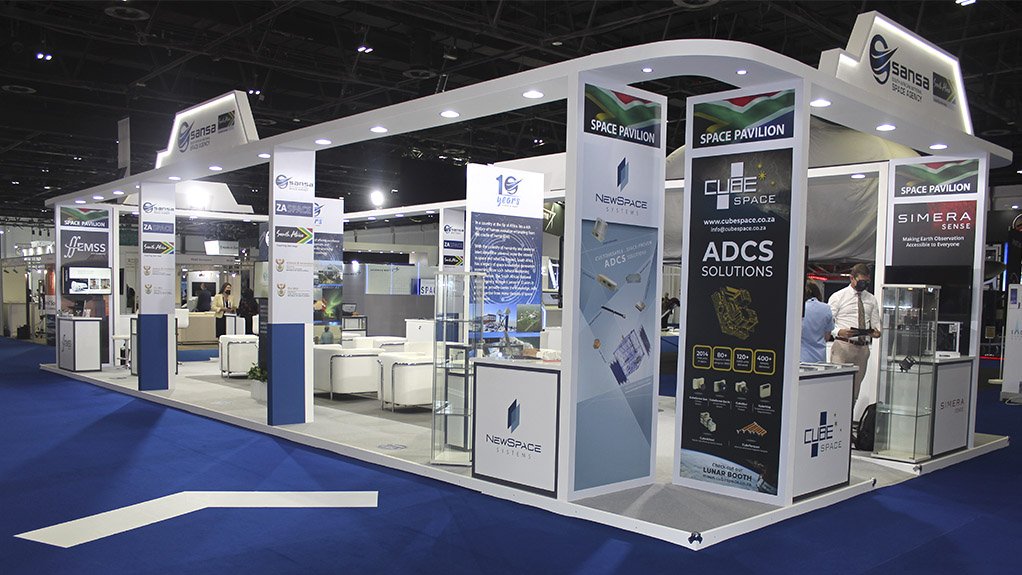 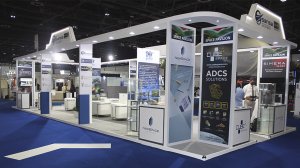 Photo by SANSA
The South African pavilion at the IAC

The South African space industry is being showcased at the current International Astronautical Congress (IAC), being held in Dubai, in the United Arab Emirates, all this working week. This is by means of a pavilion in the space exhibition that accompanies the IAC, which is the world’s largest space conference.

The pavilion is the result of a partnership between South African public and private sector entities, namely the Department of Science and Innovation (DSI), the South African National Space Agency (Sansa), the Department of Trade, Industry and Competition, national space industry association ZASpace and BrandSA. The pavilion was developed by Sansa, which falls under the DSI, and displays the products and services of eight South African companies, all members of ZASpace.

The pavilion complements the presence at the congress of the South African delegation. The importance of the IAC can be judged from the fact that it is being attended by more than 4 000 delegates from all over the world. These include the heads of space agencies and major space industry executives, as well as many space academics.

The South African delegation will take part in many elements of the congress’ technical programme. Sansa CEO Dr Val Munsami is chairperson of the International Astronautical Federation’s (IAF’s) Administrative Committee for Developing Countries and Emerging Communities. The IAF organises the IAC. At the IAC, Sansa will also formally establish partnerships with other space agencies, through the signing of memoranda of understanding (MoUs).

“These partnerships are crucial for South Africa to be able to access and participate in impactful space missions and knowledge generation,” he highlighted. ”Some of the agreements being confirmed at the IAC include MoUs with Ukraine, UKSA [UK Space Agency] and bilaterals with [the] Luxembourg Space Agency and Brazilian Space Agency.”

The IAC is being held in parallel with the much longer Dubai Expo (which started on October 1 and will run until March 31 next year). BrandSA is also participating in the Dubai Expo, showcasing South Africa’s economic, tourism and cultural opportunities.