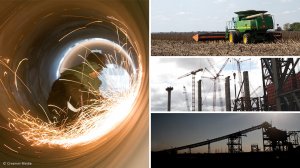 South Africa entered its second recession in two years in the final quarter of last year, as agriculture, transport and construction contracted, data showed on Tuesday.

Economists polled by Reuters had predicted a contraction of 0.1% in quarter-on-quarter and seasonally adjusted terms.

“The economy is recession again. That is two consecutive quarters of contraction, after being in recession in the first two quarters of 2018,” Joe de Beer, Stats SA’s deputy director-general for economic statistics, told reporters.

Gross domestic product overall shrank 0.5% year-on-year in the fourth quarter after expanding 0.1% the quarter before. The economy expanded 0.2% in the 2019 calendar year compared with 0.8% in 2018.

South Africa has struggled to emerge from an economic slump in the two years since Cyril Ramaphosa became President, promising sweeping reforms.