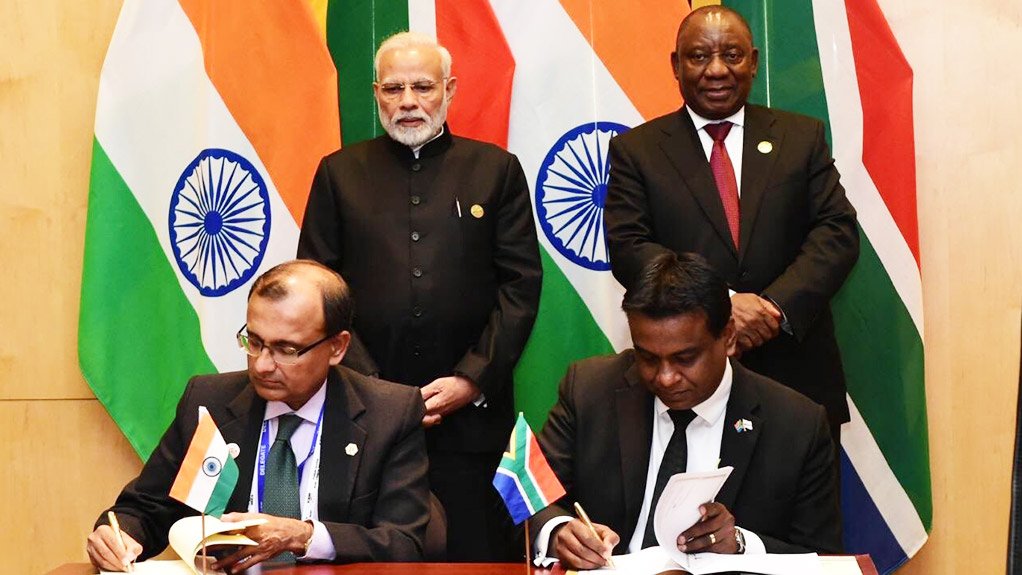 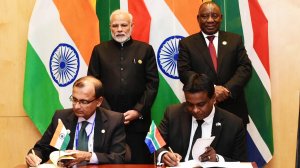 The South African National Space Agency (Sansa) and the Indian Space Research Organisation (ISRO) formalised their relationship by signing a memorandum of understanding (MoU) on Friday. The ceremony took place on the fringes of the Brics Summit in Johannesburg. (Brics is the alignment between Brazil, Russia, India, China and South Africa.)

“This partnership will bring immense opportunities for our citizens and stakeholders in areas of research and economic development as we develop and share space knowledge and technology with our ISRO partners,” highlighted Sansa CEO Dr Val Munsami. He was speaking at the signing ceremony.

The MoU covers cooperation in the peaceful exploration and use of Outer Space. Through it, Sansa hopes to benefit from the experiences and knowledge of its much larger Indian counterpart (ISRO, for example, launched its first interplanetary probe, Chandrayaan-1, to the Moon, in 2008; it operated for ten months).

The two agencies already have a history of working together. The result has been the development of mutual respect, as well as the achievement of mutual benefit.

A significant example is ISRO’s Mars Orbiter Mission, also known as Mangalyaan. In orbit around Mars since late 2014, it received launch support from Sansa after it lifted off in late 2013.