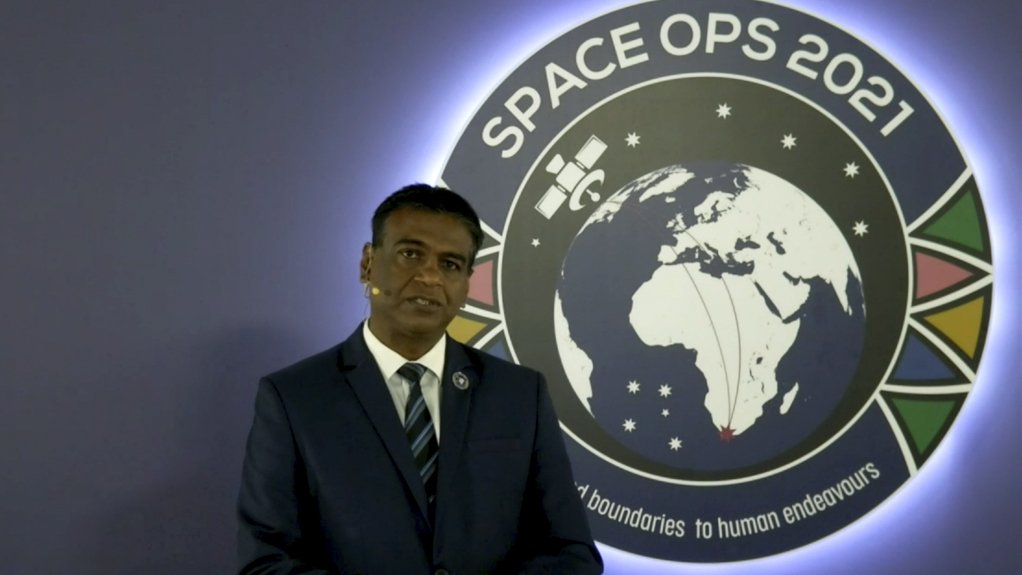 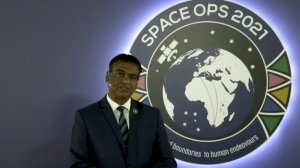 The South African National Space Agency (Sansa) is set to grow by 100 times over what it is normally used to over the next two years as Africa expands its “Space Agenda” and space ambitions, Sansa CEO Dr Val Munsami has said.

He gave the keynote address at the 2021 SpaceOps Conference, which Sansa was supposed to host in Cape Town during 2020, but which was postponed owing to the Covid-19 pandemic.

Being hosted in various countries on a biennial basis, this year is the first time an African country has been host to the SpaceOps Conference event.

Of particular interest, Munsami says Sansa is looking to expand its operations into a second ground station in South Africa, which will be specifically earmarked for deep-space missions that are “imminent in the near future”.

He also notes that, in terms of space opportunities, South Africa’s focus is shifting towards the national space sector in terms of growth and opportunities; and, specifically in terms of opportunities, there are about 12 new and different initiatives coming through, ranging from telecommunications satellites, teleports and a new space weather centre that Sansa will be hosting for the African continent.

“There is also the space infrastructure hub which will see the strengthening of the space value chain in South Africa.”

Space operations sits in what Munsami says is the midstream of the space value chain. “It is the glue that brings the upstream and downstream activities together, and in a sense it is also a means to a bigger end – which is the products and services offerings.”

According to a 2016 study, he says, the global space sector was estimated to be worth $340-billion, of which $127-billion was earmarked for satellite services, while $18-billion was earmarked for satellite manufacture and launch. The ground support segment accounted for $113-billion. All of this is about 30% of the global value chain, the remainder coming from the non-space sector.

In terms of space activities in Africa, Munsami says investment and interest is gaining momentum, with various African heads of State having approved the African Space Policy and African Space Strategy in 2016. “These instruments essentially set up the African space agenda going forward.”

He adds that Sansa is also aware of intentions to establish an African Space Agency, which will bring into sharp focus the various space activities taking place on the African continent.

“Already, since 2016, we have seen a number of space agencies being established across the continent – at last count it was about 20 different space agencies, five or six being in operation for the past decade or so, but a significant proportion nonetheless being fairly new, essentially coming on line in the past three to four years.”

Further, Munsami says Africa has spent as much as $4-billion on satellite development, to date. But, he notes that for the past two years, space budgets have undergone a transformation in Africa, having spent about $250-million on space programmes in 2019, with this figure nearly doubling to $490-million in 2020.

In addition, by 2024, he says as many as 110 new satellites are due to come on line for African countries, compared with 24 satellites that have been launched to date.