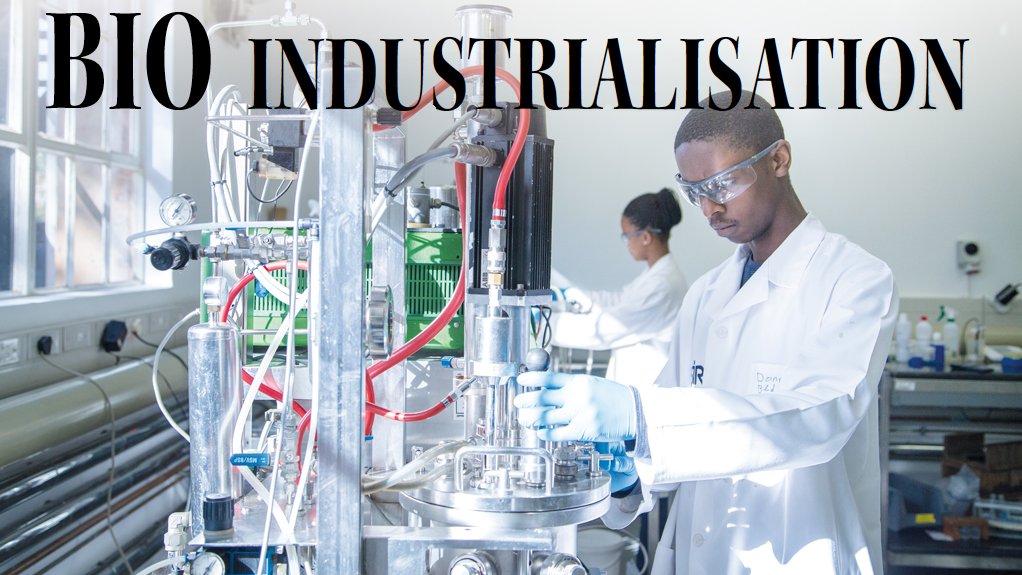 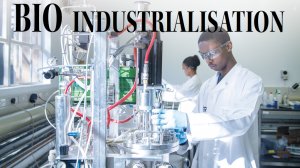 The Council for Scientific and Industrial Research’s (CSIR’s) Biomanufacturing Industry Development Centre (BIDC), a biomanufacturing innovation hub aimed at supporting small, medium-sized and micro- enterprises (SMMEs) in entering the local bio- industry, will have provided about R50-million worth of technical support for the 19 SMMEs currently involved in the first phase of the programme, which comes to a close in September.

The technical support, which is funded by the Department of Science and Technology’s (DST’s) Industrial Innovation Partnership programme and the National Treasury’s Jobs Fund programme, is used for product and technology development, quality assurance and quality control, safety and efficacy testing, small-scale manufacturing for market testing, raw material procurement and testing, support for branding, website development and packaging, among other things.

“Research and development organisations tend to focus on developing advanced or ‘next generation’ technologies but there is not necessarily a commercial demand for the technologies that get developed,” he explains.

To date, the BIDC has assisted in the develop- ment of 39 commercially available products used in the cosmetics, pharmaceuticals, nutrition and biotechnology industries.

The centre also encourages SMMEs in the programme to take advantage of the BIDC’s technical expertise in the field of biomanu- facturing.

Despite the BIDC primarily being geared towards supporting SMMEs, it also offers its services to established companies in the biomanufacturing industry on a research contract basis. It currently has eight companies on contract on this basis.

One of the SMMEs in the programme, bio- degradable cleaning and waste treatment product developer OptimusBio’s chief technical officer, Dr Raj Lalloo, points out that the BIDC’s market pull approach has enabled the companies in the programme to identify the market requirements. This, in turn, has allowed the companies to use the science and technology platforms of the BIDC to rapidly develop product prototypes.

“Using this approach, it is possible to develop a working prototype within two to three months. The companies can then work with the market to assess the products’ efficacy,” he adds.

Meanwhile, Lalloo, a former employee at the CSIR, explains that OptimusBio was started in response to the CSIR having a significant amount of biotechnology available but no entity to make it commercially available.

Subsequent to the registration of the company, the CSIR licensed out “technology” developed from bacteria to OptimusBio and challenged the company to “convert the technology into a usable and visible product that consumers can identify with”, explains Lalloo, who notes that it can be challenging to get consumers to spend money on bacteria for cleaning purposes.

The company subsequently developed a number of environment-friendly industrial and household cleaning products, as well as biotechnology capable of degrading a number of waste materials, including hydrocarbons.

Its first generation of waste treatment products is currently being used in the petrochemicals industry. Lalloo notes that the first-generation bioproduct, which was launched in December last year, meets the international benchmark for hydrocarbon bioremediation for products imported into South Africa from the US.

The second-generation prototype was released in May and preliminary tests have shown a 200% efficiency improvement on the international benchmark.

Lalloo explains that the technology platform it uses for its waste treatment product can be used in other industrial applications by applying a different bacterial composition. “We are able to develop wastewater treatment solutions that are able to improve plant efficiency by up to 40%, because the plant uses significantly less chemical and electrical inputs.”

The technology also has applications in the food processing industry to break down oils and fats, and can also be used for soil and water bioremediation.

Dr Santosh Ramchuran, director of another company in the programme, KwaZulu-Natal-based biopharmaceuticals-focused technology developer JVS Biotech, states that the BIDC has been instrumental in providing the infrastructure and technical expertise required to develop high-value recombinant proteins used as a raw material for a number of bio- pharmaceutical products. “Without the support of the BIDC, I do not think we would be able to function effectively in terms of the technology JVS Biotech is developing.”

He explains that, while the protein is being developed locally, the company has to license genetic material and production technology from a UK-based company.

“To ensure the technology transfer was achieved, it was [vital] that an institution such as the BIDC was available, as it helped us vali- date the technology and ensure that it is technoeconomically feasible to manufacture locally,” Ramchuran highlights.

The company has been able to progress from the initial protein clone to a commercial product in two years, owing to the support of the BIDC.

“The BIDC programme has been instrumental in offering SMMEs access to capital-intensive laboratories and facilities, as well as access to the expertise in biomanufacturing,” Ramchuran says.

JVS Biotech currently has two orders for its recombinant protein from multinational biopharmaceuticals companies. The company has subsequently moved into the first phase of commercial manufacturing.

Meanwhile, the BIDC has been relocated from Modderfontein, Johannesburg, to its new facilities at the CSIR’s main campus in Pretoria, which was launched in May this year by Science and Technology Minister Naledi Pandor.

To date, the BIDC has received R50-million from the CSIR for its facilities. It has also received R40-million from the DST’s Industrial Innovation Partnership programme and the Jobs Fund programme, which was spent on infrastructure development and financial aid for the SMMEs.

Gardiner explains that the investment from the Jobs Fund and the DST has significantly improved the BIDC’s fermentation capacity from 50 ℓ to 1 000 ℓ, as well as a chemicals and agro- processing capacity from 20 ℓ to 400 ℓ.

The investment also resulted in the acquisition of the downstream equipment for the fermentation and agroprocessing units, including centrifugation, filtration and chromatography equipment, which is essential in separating high-value materials from biomass and also ensures products are produced to the correct purity levels.

However, despite the significant contributions made to the BIDC, Gardiner says the BIDC is unable to increase the number of SMMEs it supports until further funding is obtained. “Our current programme is fully subscribed, but there is significant demand from SMMEs to enter the programme.

“Our aim is to get more SMMEs involved in the programme. However, that requires further funding, which can be difficult to secure for public-sector institutions such as the BIDC.”

Training forms another important aspect of the BIDC’s work, Gardiner highlights, adding that, to date, the programme has trained about 54 interns.

He explains that training at the BIDC is “aimed at developing experiential learning, as opposed to theoretical learning”.

The internship, which started in 2014, requires that applicants hold a postgraduate qualification relevant to biomanufacturing.

Following the year-long internship, the CSIR will help find employment opportunities for the BIDC interns.

“However, the SMMEs often employ our interns on a short-term contract basis, as they are not confident of their long-term sustainability to provide full-time positions,” he explains.