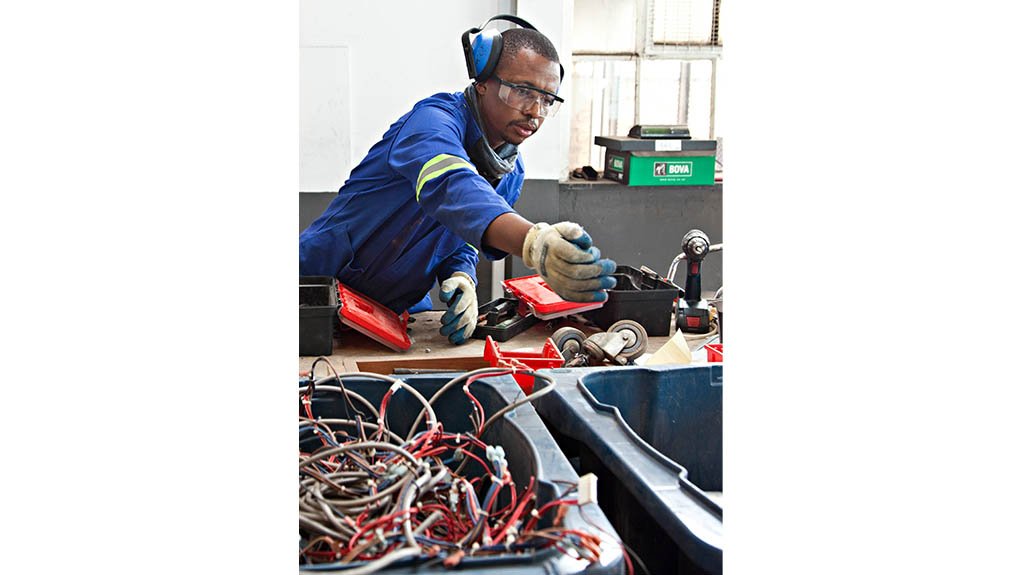 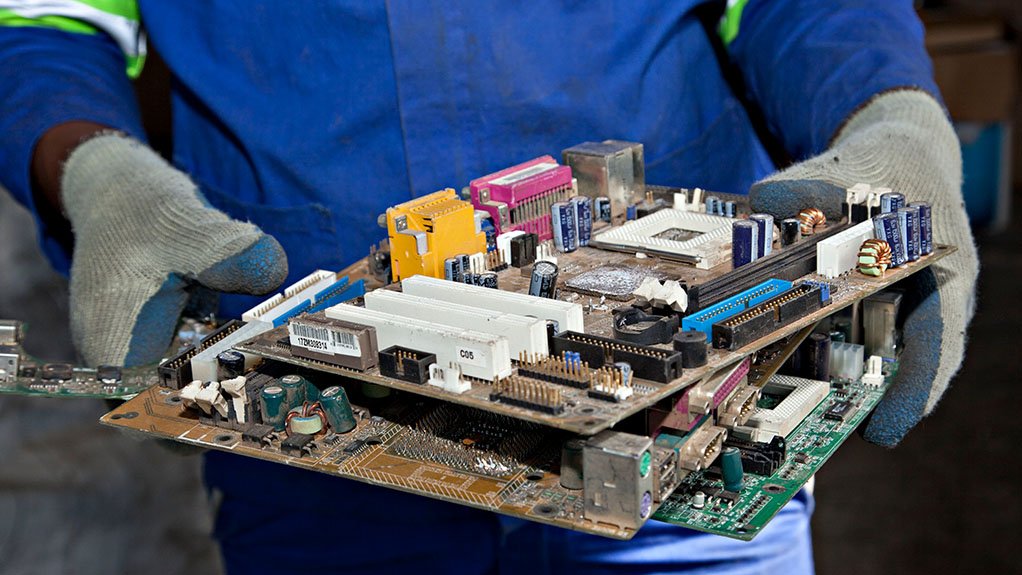 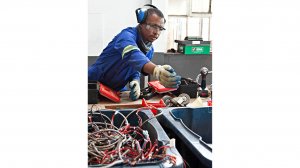 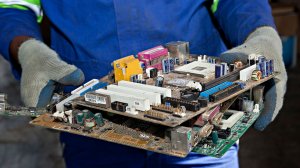 REUSING RESOURCES With up to 99% of all components that comprise information technology devices being recyclable, the world’s finite resources can be saved
CARBON CLEVER If 1 t of e-waste is diverted from landfill, a saving of 1.74 t of carbon emissions can be claimed

Only 7% to 12% of the total volume is being recycled formally. This percentage could be doubled when taking the informal sector into consideration and speaks to the misconception among some recyclers of the value of devices that have come to the end of their useful life, says e-waste recycling specialist AST Recycling GM and compliance officer Malcolm Whitehouse.

“E-waste does have value, but the value comes with extremely high volumes and high costs in terms of compliance. We have just completed our International Organisation of Standardisation audits for a substantial sum.”

He highlights the subsequent drive for government to introduce legislation that will encourage more effective e-waste recycling through more formalised structures in the pursuit of enterprise development and job creation.

The Covid-19 outbreak has had a significant impact on the local recycling industry, with many small companies having to close, Whitehouse tells Engineering News.

Of those companies that survived, many were able to restart their operations only in May, during Level 4 of the national lockdown, while others opened in June or July.

Some of the bigger companies had to cut staff and salaries, which were reduced by up to 35%. Short time was also introduced, severely impacting income.

“Our sector is a high-cost, high-volume and low-margin business. The minute you lose volume, you lose margin, which has a knock-on effect throughout the business.”

However, AST Recycling is fortunate to have its catalytic converter and e-waste recycling divisions.

“E-waste recycling is totally different to catalytic converter recycling, but both have platinum-group metals that come from proper recycling thereof. However, the processes and procedures for handling each waste stream differ vastly,” says Whitehouse.

The company, which operated at 50% of its capacity during Level 4 of the lockdown and thereafter at almost 100%, paid loyal clients upfront to ensure their sustainability while paying staff their full salaries.

The credit held with clients was worked off once the company started trading again.

To e-Waste or not to e-Waste

The National Environmental Management Waste Act stipulates that electronic devices need to be recycled responsibly at the end of their useful life.

However, Whitehouse says most people sell their devices to the highest bidder and that this is where “things start falling apart”.

The correct manner in which to dispose of electronic devices involves finding a compliant recycler that has the necessary certification, licences and permits, as well as adequate premises.

These companies can issue official chain of custody documentation to prove that devices have been recycled or refurbished and can, subsequently, be used as proof when companies are audited.

Companies also need to consider the consequences of incorrectly disposing of devices in relation to the Protection of Personal Information Act, which officially came into effect in July, stresses Whitehouse.

“Data breaches are a massive problem globally, especially when recyclers are not familiar with legislation or fail to keep up with the latest developments, making themselves liable.”

The ongoing level of misconception regarding the amount of precious metals in e-waste is high, resulting in individuals’ rushing to enter the sector without concern for the environment, health and safety or legislation, which, in turn, also contributes to data breaches.

“These individuals buy devices and strip them of the valuable fractions, such as printed circuit boards, hard drives and copper cabling, reselling these components to a company that specialises in their recycling. The remaining components are dumped wherever, but they often have an asset tag or serial number that can be traced back to the original owner,” explains Whitehouse.

Even if companies and consumers present a certificate noting that they have disposed of their devices correctly, it does not absolve them if the recycler is found to be uncompliant. Fines can range between R10-million and R15-million, a 15-year jail sentence or both for companies and consumers that are liable for the negligent disposal of electronic devices.

AST Recycling, which also refurbishes devices, ‘sanitises’ devices to ensure that the information stored on data storage media is effectively erased using specialised software from Europe, which is globally accepted to be one of the best solutions, says Whitehouse.

“It renders hard drives safe for reuse, as all data is erased beyond forensic recovery, thereby securing your data,” he states.

While there is no evidence yet that South Africa’s e-waste is increasing, owing to the increased adoption of remote working and companies shutting down in light of Covid-19, it is the fastest-growing waste stream globally. Therefore, with the addition of remote working and the Fourth Industrial Revolution, Whitehouse definitely expects it to become a growing problem in future.

With up to 99% of all components that comprise information technology devices being recyclable, the world’s finite resources can be saved, which is advantageous as mining becomes more expensive and the world aims to realise a carbon-neutral future.

If you prevent 1 t of e-waste going to landfill, a saving of 1.74 t of carbon emissions can be claimed, emphasises Whitehouse.