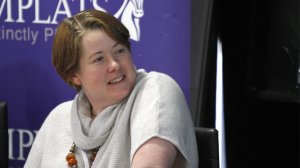 JOHANNESBURG (miningweekly.com) – South Africa is in a global race in fuel cell development and should not consider itself “special”, as there are a number of other countries that could reap benefits from their fuel cell plans far sooner, an analyst warned on Friday.

Speaking during a panel discussion on the impact of fuel cell technologies on the South African economy, hosted by local platinum miner Impala Platinum (Implats), storage strategy, consulting and data house 4th Energy Wave fuel cell analyst Kerry-Ann Adamson pointed out that the local industry should not be lulled into a false sense of security because the country has the biggest source of platinum.

“Why does that make you special? What are you offering companies to come to your region?” she asked, adding that South Africa had to realise that it was not the only country pursuing fuel cell development.

She pointed out that South Africa already had fuel cell policies in place, but that adoption was lacking. “You are so far down the chain in policy, in terms of companies and in terms of development; there is real potential for South Africa.”

However, Adamson said that while the global fuel cell industry was starting to mature, South Africa was still “very much in its terrible twos, having a temper tantrum”.

The biggest mistake most countries and companies make with the development of a new industry, she said, was adopting a model that worked in another country, parachuting it into their own. “Many companies have gone bankrupt doing exactly that. Companies need to do their math for their local region, including import duties, insurance, training, infrastructure costs and only then make a decision [on the viability].”

DIVERSE APPLICATIONS
Also speaking on the panel, Public Investment Corporation investment project head Monique Mathys-Graaff said that the applications of fuel cells were so diverse that industry and investors needed to understand its full potential or risk losing capital.

“You can have the best policies in place, have the greatest technologies, the most brilliant ideas, but if we are unable to demonstrate sustainable markets, nobody will make money and the industry will not exist,” she explained.

South Korean conglomerate Doosan sales and business development VP Eric Strayer added that fuel cells should be considered above renewable-energy sources, as it could hold significant savings across a range of aspects.

He highlighted that a 400 kW fuel cell could provide four times more reduction in carbon dioxide, use 300 times less land and provide six times more energy than that which would be generated from a 400 kW solar photovoltaic system. “I’m not saying that solar and wind don’t have a place, certainly they make sense, but they use a lot of land and the fuel cell makes a lot more sense,” he stated.

FUEL CELL PROJECTS
Strayer added that the Implats fuel cell project at its Springs refinery, in Gauteng, was on track with the implementation of a natural-gas and hydrogen-fed fuel cell power plant. “This will be the world’s largest non-utility fuel cell installation,” he said.

When completed, it will host 50 fuel cells, providing 22 MW of power to the refinery. The fuel cells are manufactured and under warranty by Doosan and scheduled to be delivered between May and July 2017, while start-up of the plant is targeted for 2018.

From government’s perspective, the Department of Trade and Industry (DTI) is also developing a fuel cell special economic zone (SEZ) and a manufacturing hub in Springs. “We have procured 16 ha of land through Implats, just adjacent to the refinery. This SEZ will enhance overall competitiveness,” said DTI mining equipment industrial development division deputy director Tshepiso Kadiaka.

The zone is set to create around 6 000 direct jobs.

She further highlighted that the department was working with State-owned entities Autopax and Passenger Rail Agency of South Africa to develop fuel cell buses for major municipalities in the country.

This stemmed from the C40 Clean Bus Declaration signed last year, where cities committed to reduce their emissions. Nine of those cities were from the African continent and four of those were in South Africa.

The first area this partnership would target is Mamelodi, east of Pretoria.