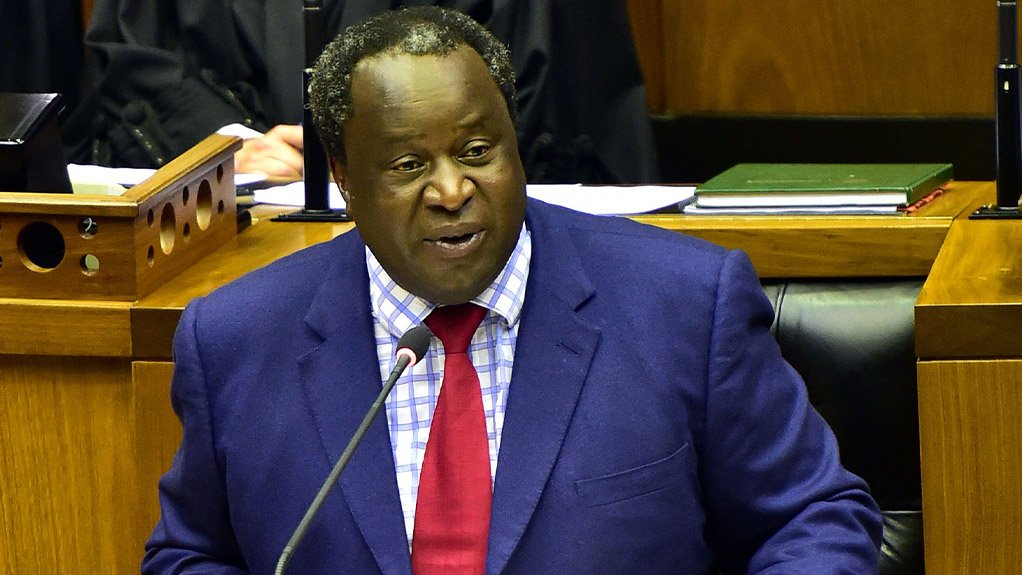 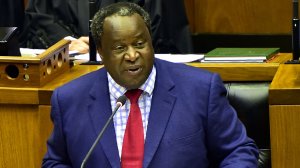 Finance Minister Tito Mboweni confirmed on Friday that a revised Budget Bill would be tabled in Parliament shortly to address changes to the fiscal framework that had arisen as a result of government’s response to the Covid-19 pandemic, including the R500-billion economic and social relief package unveiled by President Cyril Ramaphosa on April 21.

The additional on-Budget expenditure on health and social welfare included in the package would be funded through a combination of Budgetary reallocations, bond issuances and finance raised from multilateral finance institutions, including the International Monetary Fund (IMF).

Mboweni confirmed that government had approached the IMF, the World Bank, the New Development Bank (NDB) and the African Development Bank to assess what funding could be secured to support the fight against Covid-19.

MOUNTAIN OUT OF AN ANTHILL

The Minister questioned criticism of South Africa’s decision to reach out to the IMF and the World Bank, arguing that, as a paid-up member of  both, South Africa was fully entitled to approach the institutions for support.

“The issue that seems to be coming top of the pops is whether we are going to approach the IMF and the World Bank, those horrible people in Washington, who carry with them stones, which they use to break peoples bones who don’t pay back and so on,” Mboweni mused sarcastically.

“I think to be honest they are trying to make a mountain out of an anthill really. The fact of the matter is that South Africa is a member of the IMF and the World Bank, we pay our subscriptions on a regular basis and, therefore, we are entitled to approach those institutions if we so need.”

South Africa was homing in on facilities that had been established by both institutions specifically to fight the pandemic, with Mboweni revealing that the IMF had indicated that South Africa was entitled to apply for up to $4.2-billion in response to the crisis.

In the case of the World Bank, the facilities available to South Africa were far smaller, standing at between $55-milllion and $60-million.

“The critical thing about the IMF facility that we would approach the bank for is that it is specific to the crisis. This is not the usual Budget support of policy intervention, technical assistance and conditionalities and things like that. We need to understand, as the President says, we are in a war-like situation and all people need to go to the front to deal with this situation.”

The NDB, meanwhile, had set aside $1-billion for the Covid-19 response and Mboweni confirmed that South Africa would be submitting a request for funding to the development finance institution.

In addition, private balance sheets were also being leveraged to support the stimulus effort, most notably through the R200-billion loan guarantee scheme, which he said should become operational in the coming week.

The scheme had been established to help small and medium-sized businesses with yearly turnovers of below R300-million through the provision of loans, guaranteed by government, for operational expenses such as salaries, rent and lease agreements, as well as contracts with suppliers.

Mboweni said the scheme worked on the principle that profits and losses were ultimately shared between government and the participating commercial banks.

If the scheme suffered losses, these would be absorbed by the banks up to a cap of 6% of the size of the loan, with any further losses covered by the fiscus.

The Minister also pointed to several tax policy responses, which he said would unlock additional funding to help oil the wheels of the economy, which had been devastated by an extended lockdown, during which only essential services had been operating.

The measures were expected to provide around R70-billion in support, either through reductions in taxes otherwise payable or through deferrals of tax payments for tax-compliant businesses.

Speaking at a briefing in Pretoria, Mboweni stressed that government, together with the South African Reserve Bank, was pursuing a coordinated fiscal and monetary response with a combined value of R800-billion.

“Wisely used, together, these key levers can deliver a countercyclical boost directly into the heart of the economy. But, if these two levers work against each other, or if the levers are used incorrectly, then we can be left substantially worse off.