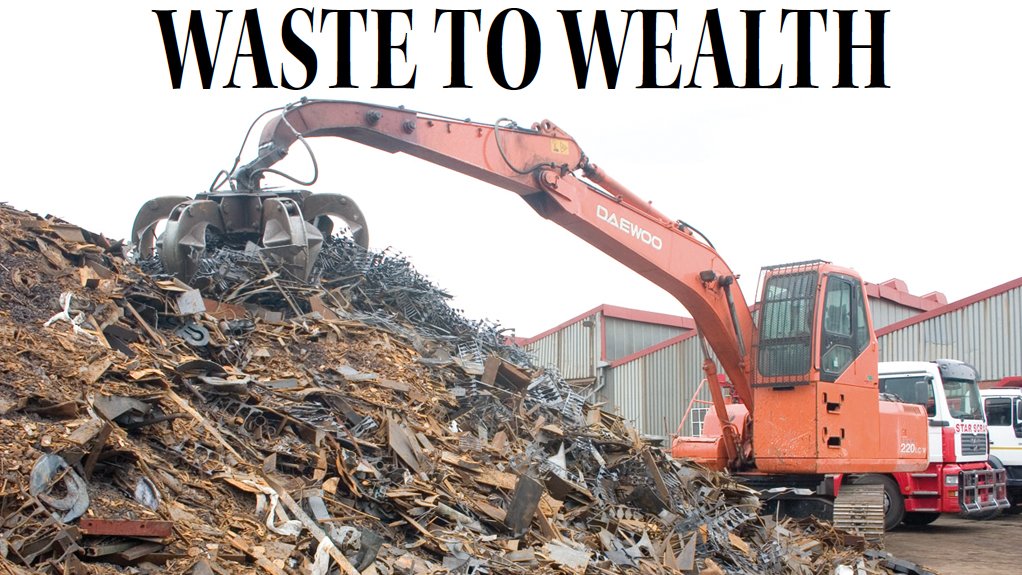 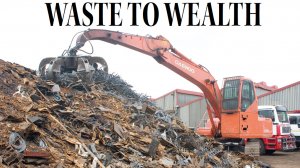 South Africa lost an estimated R17-billion worth of resources through the disposal of waste to landfill in 2012, while the effects of resource scarcity and resource constraints are increasing globally.

However, the value to the economy of additional recycling or recovery – including the avoided financial costs and externalities associated with disposal to landfill of R19-billion a year and the value of resources in waste – would be R36-billion a year.

“South Africa must move up the waste hierarchy, as the costs that can be avoided by diverting waste from landfill and the benefits associated with recovering the resources currently lost to landfill are significant, will support the growth of the recycling industry, avoid costs – in terms of materials and energy recovered – to the broader economy and increase our competitiveness,” says Council for Scientific and Industrial Research (CSIR) waste for development principal scientist Dr Linda Godfrey.

Research to estimate the value of recovered resources to the downstream manufacturing economy must still be done, but this value is estimated to be significant, with a multiplier effect between one to three times, she adds.

Waste prevention is required to ensure resource efficiency, but resource scarcity and increasing resource demands require that secondary resources, locked up in waste streams, be recovered and reused, she emphasises.

South Africa generates waste with an estimated total resource value of R25.2-billion a year, with about 90% of all waste generated still sent to landfills. Based on the Department of Environmental Affairs’ (DEA’s) baseline figures for recycling, resources worth an estimated R8.2-billion were recovered from waste in 2011.

Achieving the goal of a 20% reduction by weight of industrial waste and a 60% reduction by weight of domestic waste to landfill by 2025, as outlined in the Department of Science and Technology’s (DST’s) Waste Research Development and Innovation (RDI) Roadmap, could provide an additional R9.2-billion worth of resources to the South African economy.

Based on experiences from other countries, the DST is confident that, through investment in the sector and development and implementation of directed waste research, development and innovation, South Africa can grow its waste and recycling industry from its current R15.3-billion a year, or 0.51% of gross domestic product (GDP) in 2012, to between 1% and 1.5% of GDP, says DST Environmental Services and Technologies director Dr Henry Roman.

According to the DEA baseline, about 80% of metals, 57% of paper, 32% of glass, and 44% of waste oils were recovered from waste streams in 2011. These recovery rates are closely linked to the activity of industry organisations, mostly through initiatives such as Collect-a-Can, Paper Recycling Association, The Glass Recycling Company, various plastics associations, Electronic Waste Association of South Africa and Recycling Oil Saves the Environment.

However, in 2011, only 18% of plastics, 11% of electronic waste, 4% of tyres were being recovered. These waste streams have been identified as areas where regulations and economic instruments can have a material impact to increase resource recovery.

The value of the resources in the waste streams was calculated using the unit value of the price paid by recyclers to collectors for recovered resources and the tonnages of waste generated.

These are conservative estimates of value to the South African economy, since the research undertaken by the CSIR for the DST was based on only 13 waste streams, and only on the value to the waste and recycling economy, says Godfrey.

“The research did not estimate the benefits associated with job creation and enterprise development, the indirect ‘multiplier’ or knock-on effects on the macroeconomy, or the avoided financial costs and externalities associated with virgin material production.”

South Africa does not have a shortage of available land for landfill sites – which has typically been the driver for recycling and recovery in developed countries. However, available land close to urban areas is becoming scarce, resulting in increased transport costs for municipalities.

A significant barrier to recycling and recovery is that tipping fees at the majority of South Africa’s landfill sites remain very low – between R100/t and R150/t, which makes alternatives such as recycling and recovery more expensive compared to disposal. This is partly owing to the fact that many municipalities operate dump sites, which do not carry the high capital costs of sanitary engineered landfills that would increase landfill airspace costs. For many municipalities, the current tipping fees do not reflect the full financial costs of landfilling, with municipal estimates suggesting that full financial costs are much higher than current tipping fees.

A study carried out in Cape Town found that disposal to landfill should also consider the externalities, including social and environmental costs, associated with landfilling, which were estimated at R111/t. This also does not reflect the economic value of the resources lost in the waste streams.

“The result is that municipal tipping fees are underpriced and do not take airspace value or externality costs, such as environmental and social costs, into account. None of the above conditions promote advanced waste management practices in South Africa,” emphasises Godfrey.

The implementation and enforcement of this single piece of legislation could result in the potential value of the sector increasing to between R22.4-billion a year and R33.4-billion a year (0.75% and 1.1% of GDP), a positive step towards correcting the price distortions in the waste market created by the current low landfill costs and supporting the diversion of waste towards recycling and recovery.

While the benefits of recovery and recycling for many waste streams exceed the costs, the benefits and costs are typically not shared by the same party. In the case of domestic waste, municipalities typically bear the cost of collection, separation and disposal, while the private sector realises the financial benefit of such recycling and through access to resources.

“There is no incentive for municipalities to spend more on putting source separation measures and improved management in place to improve collection of recyclables, when they realise none of the resource value opportunities. This may be different for industrial waste, where the private sector may have more control over costs and benefits.”

While waste disposal costs in South Africa are particularly low, the value of recyclables alone should drive a more aggressive recovery of these resources than what is currently the case, especially for waste streams with high unit values, emphasises Godfrey.

“We need to actively investigate ways of overcoming the financial, bureaucratic and technological constraints restricting waste recovery in South Africa,” she states.

One of the obstacles experienced in accessing recyclables is that municipalities are often seen as gatekeepers to the waste, particularly domestic waste, which increases the risk for the private sector investment.

Legislation, norms and standards are required to increase costs of landfilling and improve the use of alternatives to landfilling, including recycling or recovery, and support the diversion of resources in waste up the waste hierarchy.

Waste recovery initiatives in other countries indicate that suitable policies to stimulate private waste management and shift the burden of collection from municipalities to the genera- tors of waste are important. This requires that incentives be transparent and the taxes or levies directly feed into recycling costs.

“While conditions for recycling must stimulate private-sector involvement, public–private partnerships will be necessary to grow the recycling industry and private companies will have to work with municipalities. Examples from South America indicate that organised cooperative separation of waste may be a suitable model to include South Africa’s informal waste pickers in the industry and to provide better employment.”

“There is significant potential for cooperation between private companies in the waste sector, private and public organisations and municipalities to unlock these resources,” says Roman.

While the formal public and private waste sector was estimated to employ around 30 000 people in 2012, diverting waste from landfill towards value-adding opportunities has the potential to create direct, indirect and induced jobs.

Private sector economic considerations aside, municipalities do not have enough funds to improve recycling and three government departments are responding to remediate the legislative barriers, says Godfrey.

It is the DEA’s intention to use extended producer responsibility as an upstream economic instrument to grow the recycling industry, to get polluters to pay and to reduce the generation of waste.

The intentions are to relieve municipalities of some of the financial burden of waste management and to provide incentives to producers to reduce resources, use more secondary materials, and implement product design changes to reduce waste. This shifts the responsibility for waste management away from government to industry, obliging producers and importers to internalise waste-management costs in their product prices and ensuring the safe handling of their products post end-of-life.

However, the implementation of economic instruments to foster growth of recycling should be based on a clear environmental objective, specifically based on the nature of the market failure, and must be well targeted to that objective.

“The vision of South Africa’s Waste RDI Roadmap is to stimulate technological and nontechnological waste innovation, waste research and development and human capital development to move towards this secondary resources economy, which increases the diversion of waste from landfill towards value-adding opportunities to create significant economic, social and environmental benefits,” says Roman.

The South African Waste RDI Roadmap aims to create a national system of innovation, linking industry as users, universities, science councils and government at all levels.

Further, the Waste RDI Roadmap aims to support socioeconomic innovation, where the benefits from improved resource recovery support a complete recycling value chain – including employment creation – and improved competitiveness of the country’s industries through improved resource utilisation efficiency, he concludes.