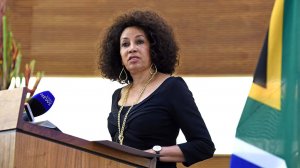 The scheme is being implemented by Umgeni Water and the network has 27 km of bulk pipeline and four reinforced concrete reservoirs.

“We have completed a number of bulk water projects in other provinces but still people do not have access to water.  I implore the KwaZulu-Natal Cabinet to ensure that these gaps are closed. As we work on the bulk water supply, local government must, at the same time, work on the reticulation infrastructure,” Sisulu said.

All households will have metered connections once the projects are completed.

Meanwhile, Sisulu also called on municipalities to lead by example and pay their water bills.