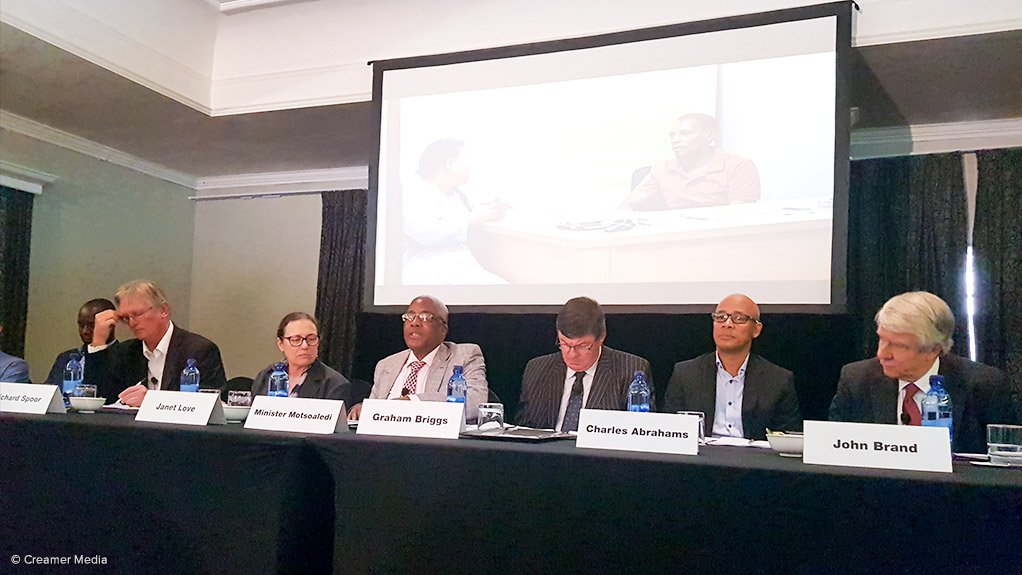 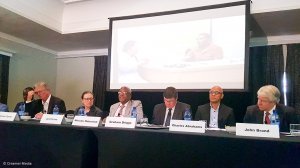 The settlement, which is the first of its kind in South Africa, will see compensation paid to eligible mineworkers suffering from silicosis and/or tuberculosis (TB).

Pan African Resources, which only recently joined the litigation process, is still considering whether it should sign the agreement.

This settlement will provide much-needed compensation to all eligible workers suffering from silicosis or TB who worked in these companies’ mines from March 12, 1965 to date.

The parties to the agreement believe that a compromise settlement is far preferable for all concerned than an inevitably lengthy and expensive litigation process would be, allowing for claimants to receive compensation and relief for their conditions more quickly.

While the settlement agreement was signed in Johannesburg, on Thursday, the agreement is subject to certain conditions, including approval by the Johannesburg High Court. This will take place by the last quarter of this year, attorney Richard Spoor said on Thursday.

LRC national director Janet Love stated that the settlement marked the end of a long road for the LRC, starting in 2003, which led to the Blom/President Steyn Mine silicosis litigation.

The Blom/President Steyn Mine matter, she explained, was the first case on silicosis in South Africa and served as a test case to establish the liability of Anglo American South Africa as a parent company.

“It laid the foundation for Mbuyisa Neale and Leigh Day to negotiate the establishment of the Q(h)ubeka Trust in March 2016 and it provided the primary evidentiary basis to launch the class action.”

COMPENSATION
Compensation will be administered by the Tshiamiso Trust, which will be established following court approval and will be responsible for the distribution to claimants.

While there is no limit on the number of potential claimants, any claimant who has a qualifying claim will receive the compensation owed to him or her during the lifetime of the trust.

Individuals will be entitled to opt out, should they wish to not participate in the settlement.

The settlement awards agreed to on Thursday are significantly higher than these amounts.

The gold miners have set aside about R5.2-billion to be paid in compensation to the mineworkers and have also agreed to contribute R845-million over the life of the trust, solely for the administration expenses of the trust.

An initial R5-million will be used to establish the trust fund and set up preliminary systems and infrastructure.

In the first year, the companies will contribute R100-million of the total sum to ensure the trust is established quickly and efficiently.

Subsequent contributions required will be determined annually by the fund’s financial administrator in consultation with the companies and the claimants’ attorneys.

Thereafter, after consultations, the trust will notify the companies annually of the estimated amounts required. An actuarial expert will be appointed to assist in these calculations. Amounts payable by each company will be determined according to claims by former employees of each of them.

RESPONSE
Health Minister Dr Aaron Motsoaledi told media that the signing is a historic moment and marks a milestone after a “very harsh history in South Africa.”

He added that he remains hopeful that other companies will follow this example in any possible future cases.

While the early stages of the settlement litigation process remained challenging, former Harmony Gold CE Graham Briggs supported the settlement agreement, which he said on Thursday was a “sustainable resolution and solution of OLD”.

He further noted that the settlement agreement was both positive for South Africa and preferable, because it “brings certainty and brings an immediate solution on compensation sooner than any class action or litigation.”

Spoor warned, however, that the scale and complexity of the litigation process was not the biggest challenge.

“It’s a huge responsibility to represent thousands of individuals, their families and their communities, and then to take decisions that will affect the lives of these people.”

While there was added pressure to settle quickly owing to claimants passing away, Spoor noted that the settlement agreement represents a compromise between the added time pressure, and the pressure to not compromise in a way that will negatively affect the claimants.

He said the real success of the agreement will depend on its implementation through the Tshiamiso Trust, which has a life expectancy of 12 years to pay and compensate as many people as possible.

“We hope the promise of the agreement gets realised.”

Gold Fields, in a separate statement, also welcomed the settlement, stating that it represents a fair outcome for claimants and a sustainable outcome for the companies.

“We are pleased that this landmark settlement agreement has been reached. The longstanding and collaborative work of the OLD Working Group companies, and their cooperation with the claimants’ lawyers and various stakeholders from government, labour and the mining industry over the past three years, has led to this important milestone,” added Anglo American South Africa deputy chairperson Norman Mbazima.

Solidarity also welcomed the settlement agreement, and called on the mining houses involved to put all possible and reasonable measures in place to ensure a safe and healthy environment to prevent their employees from contracting occupational diseases.