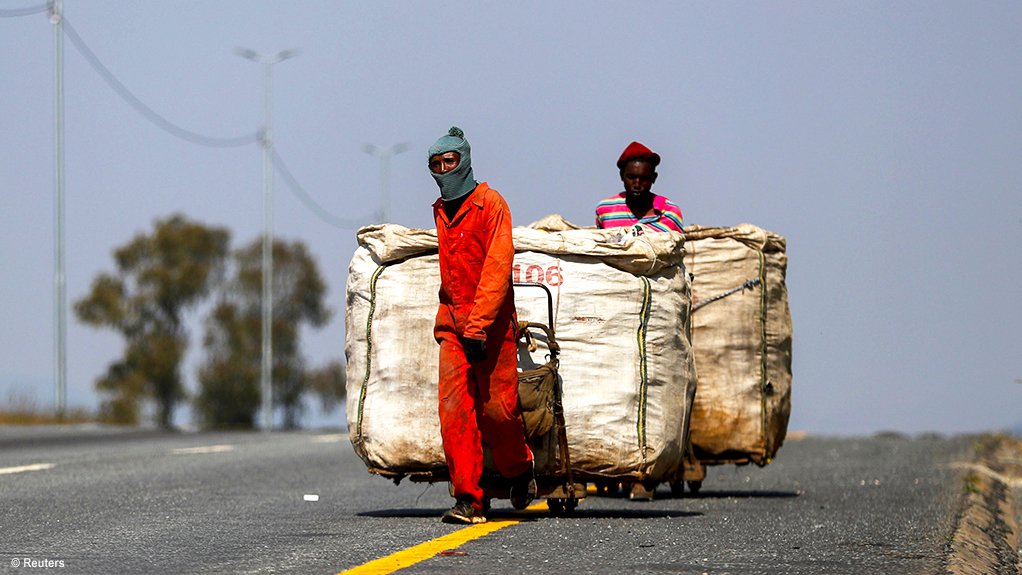 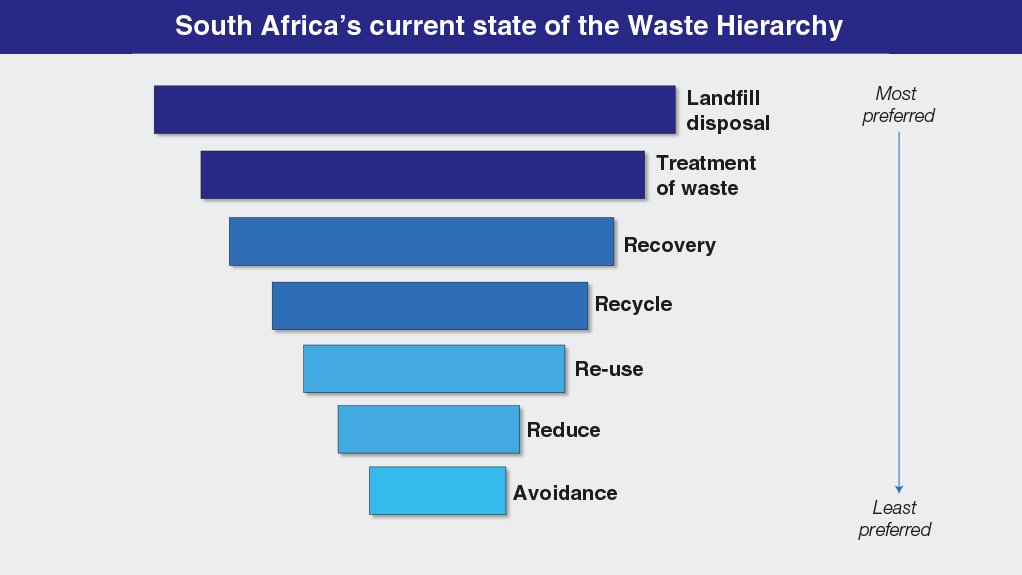 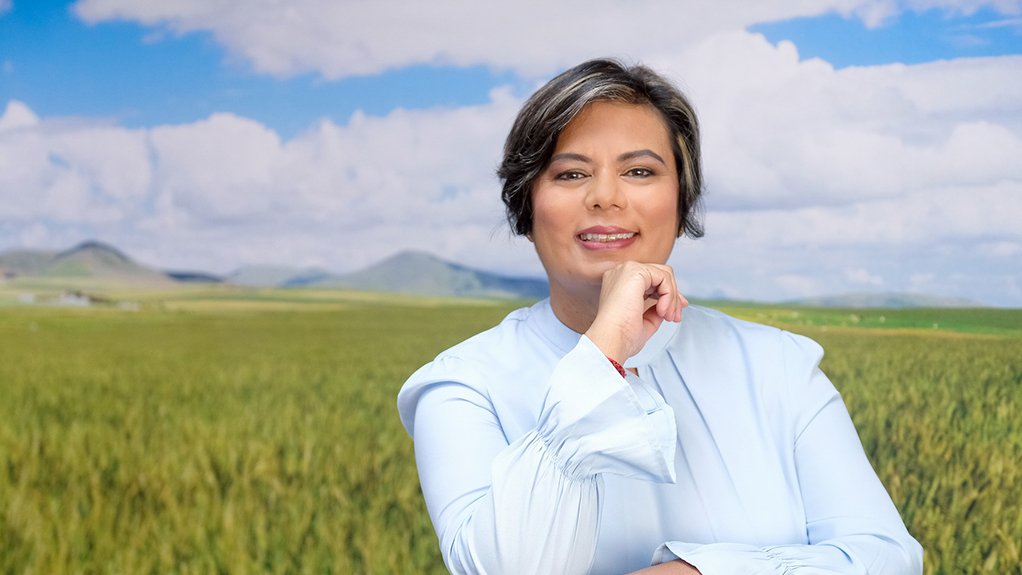 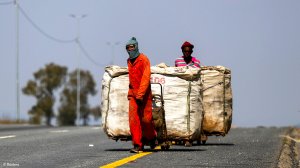 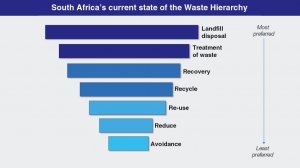 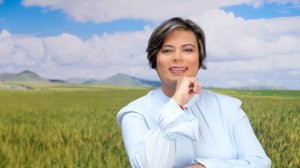 “A paradigm shift needs to occur, whereby recycling is emphasised. By implementing the waste management hierarchy, we will embrace green economic empowerment (GEE),” she explains.

Pillay believes that such a paradigm shift, if widely and effectively implemented with full public- and private-sector buy-in, could result in increasing the GDP value of the local waste economy, not only creating many more jobs but also enhancing participants’ earning potential and bringing numerous environmental benefits.

The waste management hierarchy is a global best-practice framework, which Pillay says South Africa embraces in theory. However, in practice, the hierarchy is wholly reversed.

Pillay says one of the most significant barriers to implementing the waste hierarchy is inadequate information dissemination and education on recycling made available to the public. Such a lack of knowledge contributes to a general indifference towards recycling among the populace.

She advises that an aggressive education campaign should be rolled out by government – at national, provincial and municipal levels – with the support of the private sector, to raise awareness about the importance of recycling and how to execute it correctly.

“Education around recycling is critically important and is sorely lacking. The education and awareness campaign surrounding Covid-19 vaccinations is an example of how it can be achieved when there is sufficient will to do it,” she says.

An essential part of transforming the way South Africa handles waste is to embrace GEE as a way of integrating the informal recycling sector and altering the negative perceptions associated with it.

The concept of GEE is central to Pillay’s PhD thesis, which she is pursuing through the Da Vinci Institute for Technology Management. Her work is positioned as a transformative study and a case study on the Ekurhuleni municipal district.

The hope is that this localised study will prove useful as a synecdoche of some of the transformation challenges and opportunities in the waste management sector of the country.

Pillay explains to Engineering News that the novel GEE concept seeks to address not only environmental concerns but also unemployment by leveraging the significant untapped potential of the mostly informal waste reclaiming subsector. It is modelled after the idea of black economic empowerment but seeks to focus on empowering and transforming workers in the waste economy.

She says the negative stigma attached to working in the waste industry should be altered. Waste reclaimers or waste pickers – who are actively self-employed – are often seen as a blight and a nuisance, but they are actually providing a much-needed recycling service for communities.

Unfortunately, the informal nature of the waste reclaiming industry means that they are exposed to being exploited and underpaid. Additionally, insufficient infrastructure for pick-up and drop-off points means that waste reclaimers spend many hours a day travelling more than 15 km between points – usually on foot.

In many cases, with the right support and improved infrastructure to reduce travel distances, informal waste reclaimers could double or triple their output and earning potential. Currently, most waste reclaimers are unable to earn enough to adequately support themselves, although this could be remedied through GEE.

Pillay says the solution to these challenges does not necessarily lie in the formalisation of the waste reclaiming sector – an idea which many waste reclaimers oppose.

“What waste reclaimers want is more collaboration, but to retain their independence. They want support from municipalities and the public sector in general,” she explains, adding that this can be achieved by setting up a co-opted structure with multiple stakeholders.

Rather, an adequate management system should be devised for the sector through a collaborative approach between government and the public and private sectors.

Progress is being made, however, evidenced by the Waste Picker Integration Guideline for South Africa, published in August last year by the departments of Forestry, Fisheries and the Environment, and Science and Innovation, says Pillay.

The guidelines were issued in fulfilment of one of the objectives of the 2011 National Waste Management Strategy, which is to “provide guidance to municipalities and industry on measures to improve the working conditions of waste pickers”.