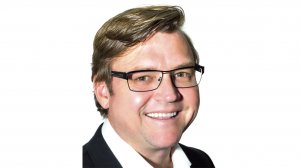 Ongoing amendments to the Section 12J Income Tax Act have left investors at risk as to whether the companies in which they have either invested, or hope to invest, continue to qualify, law firm CMS South Africa partner and tax co-head Andrew Wellsted tells Engineering News.

Section 12J was introduced to attract private funding that could be used to stimulate specific sectors to boost South Africa’s economy.

It has become popular in recent years, with an estimated R3.6-billion having been invested through Section 12J to date.

Much of this investment has been into construction projects for the development of hotels and other accommodation establishments, as well as student residences and manufacturing and renewable energy companies.

Wellsted notes that, since its introduction in 2008, Section 12J has been complicated, which has only been exacerbated with ongoing technical amendments which create difficulty for investors to interpret.

He explains that, in just the past two years, the amendments made have also caused consternation for administrators, with both administrators and investors needing to accommodate a slew of legislative changes and grey areas as they try to keep up with new amendments.

Purely from a legal perspective, he notes that certainty is always something to be strived for from laws. “But just looking at the changes in the last two years, Section 12J funds are becoming increasingly technical and complex.”

The amendments made over only the past two years have included a number of specific anti-avoidance amendments, Wellsted points out.

The most significant recent change was the introduction of the new Subsection (3C), which put a cap on the amount an investor could deduct − R5-million for a company and R2.5-million for a natural person, applying to expenditure incurred after July 21, 2019.

However, Wellsted highlights that a good illustration of the ongoing confusion caused by continual amendments is the changes to the concept of a qualifying company (QC), which is a key definition in the provision.

He explains that the definition of a QC has changed substantially in recent times and has included being the entities that a venture capital company (VCC) can invest into.

“Initially, there were limitations on the QC’s ownership in relation to other corporate entities. These have been substantially enhanced in the last few years in a fairly confusing fashion.”

Further, he says other examples include limitations on the QC’s relationship to investors in its VCC shareholder.

Firstly, Wellsted says the parties which the QC acquired assets from also became relevant. “There is also an analysis on the source of the QC’s income, part of which focuses on whether an investor in the VCC provides income to the QC.”

Finally, he notes that, if the investor also holds a stake in the VCC, then “this can be a problem”.

Taking these aspects into account, Wellsted says it becomes clear that the concept of a QC has become increasingly complex, with a significant number of new rules being added limiting who or what can qualify as a QC.

“This creates questions, among other things, about whether any existing investments remain competent.”

He states that the problem lies, to some extent, in the way that amendments are made.

“They are often playing catch-up and some changes amend previous Amendment Acts.”

For example, Wellsted points out that if there was an amendment in 2018, and another change to the same section is made in 2019, the amendment may be made to the 2018 Amendment Act.

“The Amendment Acts themselves are a rabbit’s warren and one can easily miss technical, but important, changes. This has happened on a number of occasions with Section 12J.”

He says this is a “very dangerous way to conduct business”, because it results in changes potentially “slipping through the cracks”.

However, Wellsted posits that the biggest question currently is whether or not the life of Section 12J will be extended after 2021, and what further amendments might be enacted.

“Prior to Covid-19, I would have hedged my bets that the South African Revenue Service (Sars) would have said no to an extension, despite the good arguments that have been made to keep it, due to the significant amount of avoidance – or perceived impermissible avoidance – that has taken place.”

He says it will be “very interesting” to see whether Sars has changed its pre-pandemic stance.

“These VCCs represent many of the exact kinds of businesses that are being jeopardised by Covid-19 and the slowdown in the economy. In fact, VCC investment is more important now than it has ever been.”